Should the U.S. dollar be weak or strong? President Trump allegedly wants to know

The simple answer is that there is no simple answer, and certainly not one that can be addressed by executive order 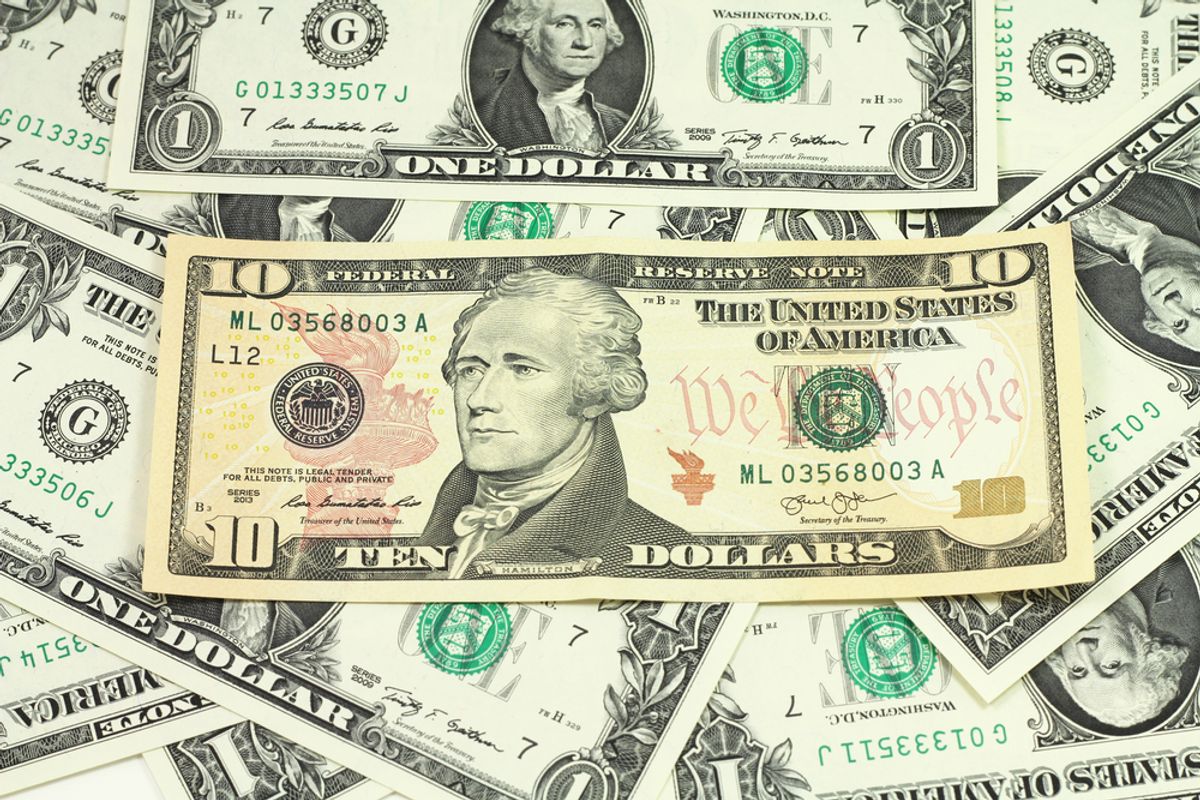 The first three weeks of President Donald Trump's presidency has taught us that Trump is a man who shirks nuance. For every issue, the president seems to have a simple and fierce fix. How should the U.S. tackle undocumented immigration? Build a wall and intimidate Mexico to pay for it. The threat of Islamic extremism? Ban war refugees. Gun crime in Chicago? Send in the National Guard.

But according to a recent Huffington Post story, there’s at least one issue he doesn’t understand: dollars. According to two anonymous White House insiders, Trump recently called National Security Adviser retired Lt. Gen. Mike Flynn at around 3 a.m. to ask whether a strong or weak dollar is good for the economy.  Flynn reportedly demurred, advising his boss to direct the question to an economist.

The answer to the president’s alleged curiosity is, well, complicated.

A weak dollar helps U.S. exports by making them more price competitive on the global market, but that can also lead to inflation. A strong dollar hurts American businesses selling goods and services outside of the U.S. by lowering the profits earned in foreign currencies, which can offset the advantage to consumers whose spending power it elevated.

“It is not right to say in an unqualified way that a ‘strong’ dollar is good, or to say that a ‘weak’ dollar is good,” Miles Spencer Kimball, a professor of economics at the University of Colorado Boulder, told Salon.

Trade barriers tend to increase the value of the dollar, which then causes a “rob Peter to pay Paul” phenomenon in the U.S. economy, which harms American exporters (and the people and small businesses dependent on them) while domestic producers gain an advantage against foreign competition because prices of competing imported goods would rise. In essence, parts of the economy benefit from a stronger dollar while other parts lose, and vice versa, which makes crafting a presidential stance on where the dollar should be all the more difficult.

For the most part, the U.S. wants a stronger currency

Strong is good, but the dollar can be too strong, which we’re seeing today with the Greenback hovering at a 14-year high. Further complicating this question of strong versus weak is that the distinction depends on why the dollar is weak or strong in the first place.

For example, the dollar can be strong because of weakness in other parts of the world. Sluggishness in Europe and emerging markets in the past couple of years has caused investors to buy dollars, making the currency stronger for reasons beyond what’s happening in the U.S. economy. Inversely, when other economies are doing better, the dollar can weaken for reasons other than what’s happening in the U.S. economy.

We value the dollar by comparing currency

The Greenback’s value is based on a comparison to a basket of six major currencies: the euro, the Japanese yen, the British pound, the Canadian dollar, the Swedish krona and the Swiss franc. The calculation of the benchmark U.S. Dollar Index is weighted, meaning the euro is the most important influencer on the U.S. dollar’s value, followed by the yen. This makes sense, since the European Union bloc and Japan are bigger economic powerhouses compared to the smaller economies on the list.

Japan, which is an export-reliant economy whose currency is in high demand globally, constantly struggles with the yen being too strong. As a result, the tractors and cars the country exports are less profitable.  Japan’s strong-currency problem is much more challenging than it is for the U.S., but it does show that promoting U.S. manufacturing to grow jobs, as Trump wants to do, is harder when the U.S. dollar is stronger.

So if Trump wants to help his cause, he would want the dollar’s value relative to other major currencies to drop. On the other hand, a weaker dollar means less spending power -- and since most Americans don’t work in factories churning out stuff to sell abroad, a weaker dollar hurts them.

Can there be an answer?

Ultimately the answer to Trump’s alleged questions is that the U.S. dollar should be strong, but perhaps not as strong as it is right now. A stronger global economy -- especially in Europe, Japan and in emerging markets -- would do more for the U.S. than any trade barriers the Republicans want to erect on imports.

What the U.S. dollar and the consumer don’t need is radical disruption. The dollar should be stable, wherever it is and the movement should be incremental – which is largely the purvey of the U.S. Federal Reserve, not the White House.

Nothing is more toxic of economic growth and stability than unpredictability and hard turns. The U.S. economy is a ship not a speedboat, so the best answer to give to the president, in case he’s still wondering, is this: Keep the dollar stable, on the stronger side and implement policies that affect it incrementally.

“Given its current level and the state of the economic cycle, the U.S. dollar probably doesn‘t need to rise or fall much at all,” Paul Ashworth, chief U.S. economist for Capital Economics, said in a recent research note. “More than anything else, a stable currency would probably be most desirable, since it would minimize uncertainty.”