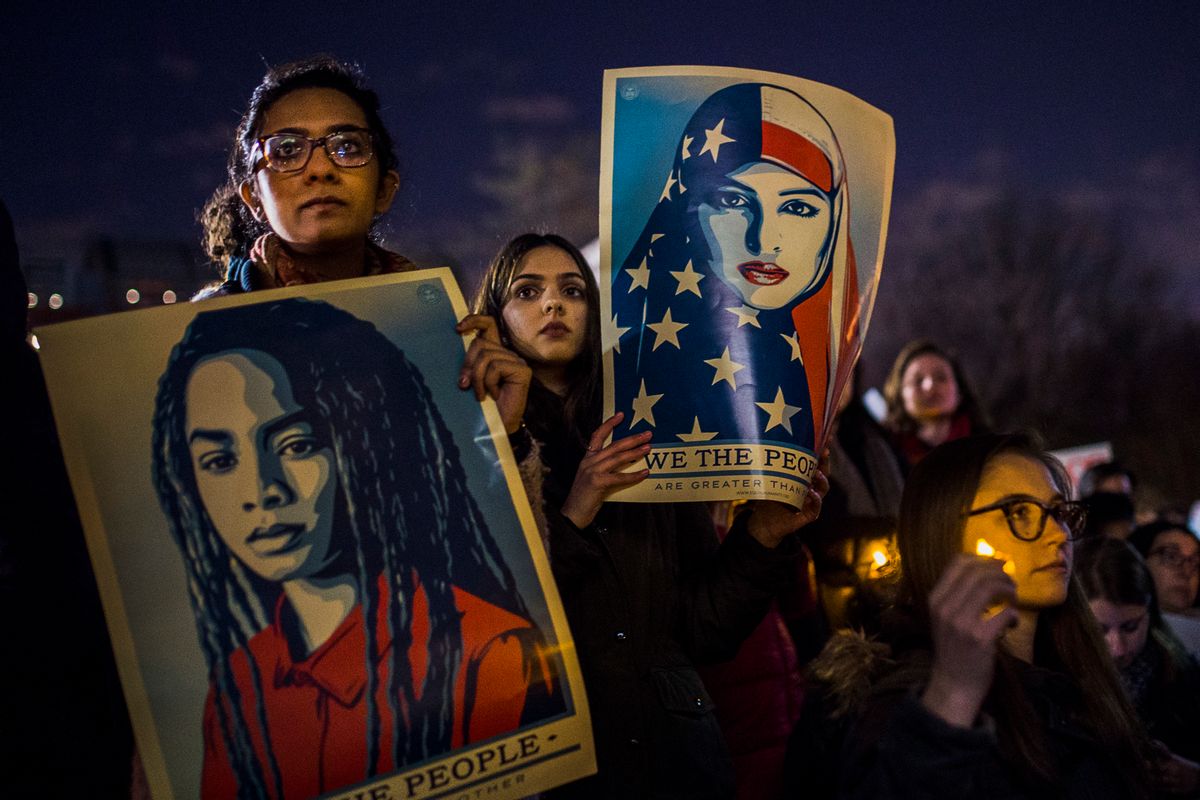 In addition, the U.S. risks straining or losing important diplomatic ties and fragile relationships. German Chancellor Angela Merkel and even Theresa May have warned about the geopolitical effects of a ban on immigrants and refugees from predominantly Muslim countries. Iran has already promised to take “reciprocal measures” after Trump’s immigration order, although the exact measures remain to be specified.

Just last December, the al-Qaida affiliate in East Africa, Al-Shabab, used footage of Trump’s call for a ban on the entry of Muslims as part of a recruitment film.

Banning immigration from seven majority Muslim countries and selectively admitting Christians is a bad idea for many moral and legal reasons. A long history shows such policies also threaten national security. Our research for the book “Culling the Masses: The Democratic Origins of Racist Immigration Policies in the Americas” shows the perils of policies targeting particular nationalities.

From the 19th century to 1965, the United States discriminated against various groups. In the 1920s, the U.S. established national origins quotas that set the number of immigrants who were allowed to enter the U.S. from certain countries. These quotas were designed to restrict the entrance of southern and eastern Europeans because nativists like famed eugenecist Harry Laughlin and Senator Henry Cabot Lodge feared the newcomers were likely to be criminals, and even anarchist or Bolshevik terrorists. Anti-Catholic sentiment played a role as well.

Bipartisan coalitions ended this discrimination in large part because it hurt U.S. national security at key moments during World War II and the Cold War.

A broad U.S. coalition called for Congress to end Chinese exclusion. President Franklin Roosevelt argued that repeal would “silence the distorted Japanese propaganda” and be “important in the cause of winning the war and of establishing a secure peace.” Congress halted the ban on Chinese naturalization in 1943 and allowed a symbolic annual quota. China remained the key U.S. ally in Asia during the war.

During the Cold War, the quota system posed a new national security problem. The Soviet Union and United States were competing to win the hearts and minds of Asians in battlegrounds like Korea and Vietnam. Radio Moscow’s broadcasts to Asia pointed out that U.S. law continued to treat Asians as inferiors. How could Asians take the side of a country that shunned them?

During the Korean War, Sen. William Benton of Arkansas highlighted the folly of spending billions of dollars and suffering 100,000 U.S. casualties while continuing to restrict the entrance of Koreans. In 1952 he told the Senate:

“We can totally destroy that investment, and can ruthlessly and stupidly destroy faith and respect in our great principles, by enacting laws that, in effect, say to the peoples of the world: ‘We love you, but we love you from afar. We want you but, for God’s sake, stay where you are.’”

By 1956, the Republican and Democratic party platforms both endorsed ending the national origins quotas. Congress finally ended the system in 1965.

Americans saw the challenge of singling out nationalities again after the 2001 terrorist attacks. The National Security Entry-Exit Registration System (NSEERS) required male citizens of 25 countries who were in the United States on nonimmigrant visas to register with the government. With the exception of North Korea, all of the countries were predominantly Arab or Muslim. More than 1,000 immigrants were detained. None was convicted of terrorism.

Governments in the Middle East and South Asia that had been working with the United States to counter terror were outraged by the harassment of their citizens. It’s hard to work together when one part of the team feels denigrated by the other. The NSEERS program was suspended in 2011 by the Obama administration. Officials concluded that NSEERS had fueled the impression that the United States was hostile to Muslims without stopping criminal acts.

History shows that humiliating national or religious groups on the world stage by restricting their entry makes it harder to keep our allies. It can create new enemies. This ban may put the United States at risk.