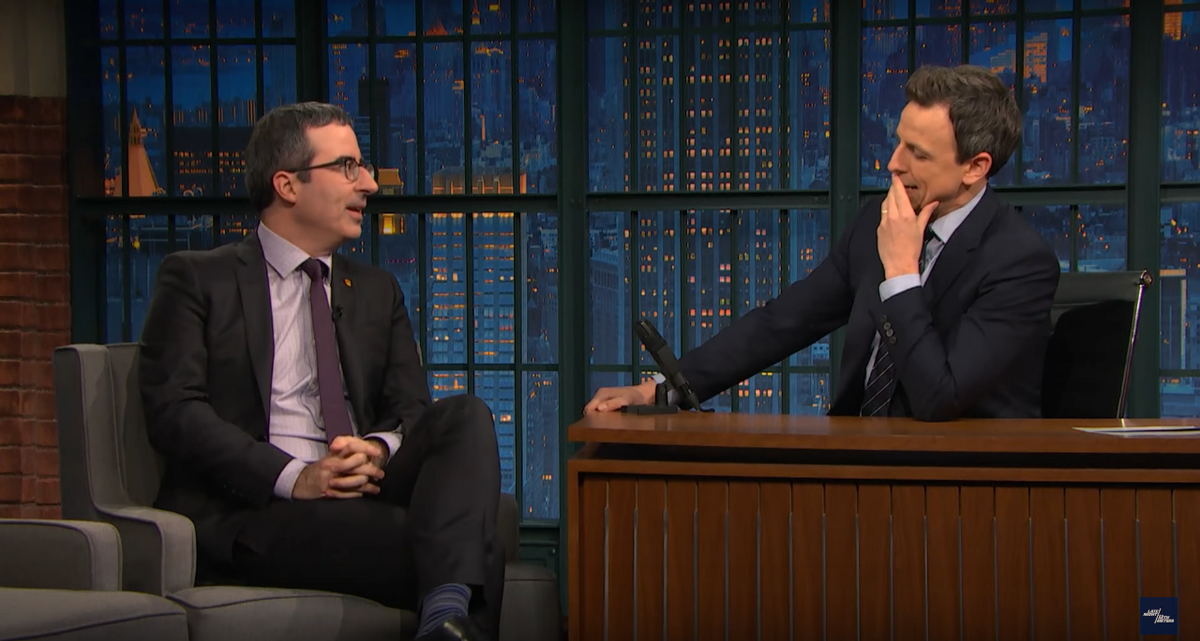 On the night after the election, five comedians, including two late-night juggernauts, were slated to perform at an event for the Natural Resources Defense Council, an environmental rights nonprofit. John Oliver and Seth Meyers had not planned on interacting with anyone in a Donald Trump America, much less tell jokes on stage to a group of righteous planet lovers. The two struggled to find anything funny to say that night because the result of the election was no laughing matter.

"Part of me wanted to say that tigers need to move down the pecking order for four years because humans are endangered again," Oliver joked on "Late Night with Seth Meyers." "They can fight there way back from this. We need help. Were the tigers marching around for us? Fuck you tigers. Where were you in Michigan?"

Meyers said that comedians usually compare jokes before a show to ensure there is no overlap, but at the NRDC event, it was a lost cause. Oliver agreed.

"Comedy wasn't really required that night," he said. "Five comedians, basically all saying some version of the same thing, and no one with the balls to just go on and say, 'let's talk about the sneakers with the wheels in them.' "

Before Oliver's late-night show took a hiatus in preparation of a new season, the last episode of Season 3 aired a few days after the election. In it, the "Last Week Tonight" crew blew up a "2016" sign.

Oliver said that in rehearsal for the explosion, which was apparently real and not on green screen, the stunt people told him he would be within the blast radius, and that the blast would move through his ribcage and hit his heart a bit.

"I am a coward. I am a terrified human being," Oliver admitted. "Then Trump won the election. And I felt nothing at all."