Right on target: "Tower" tells the painful tale of the first mass school shooting in America 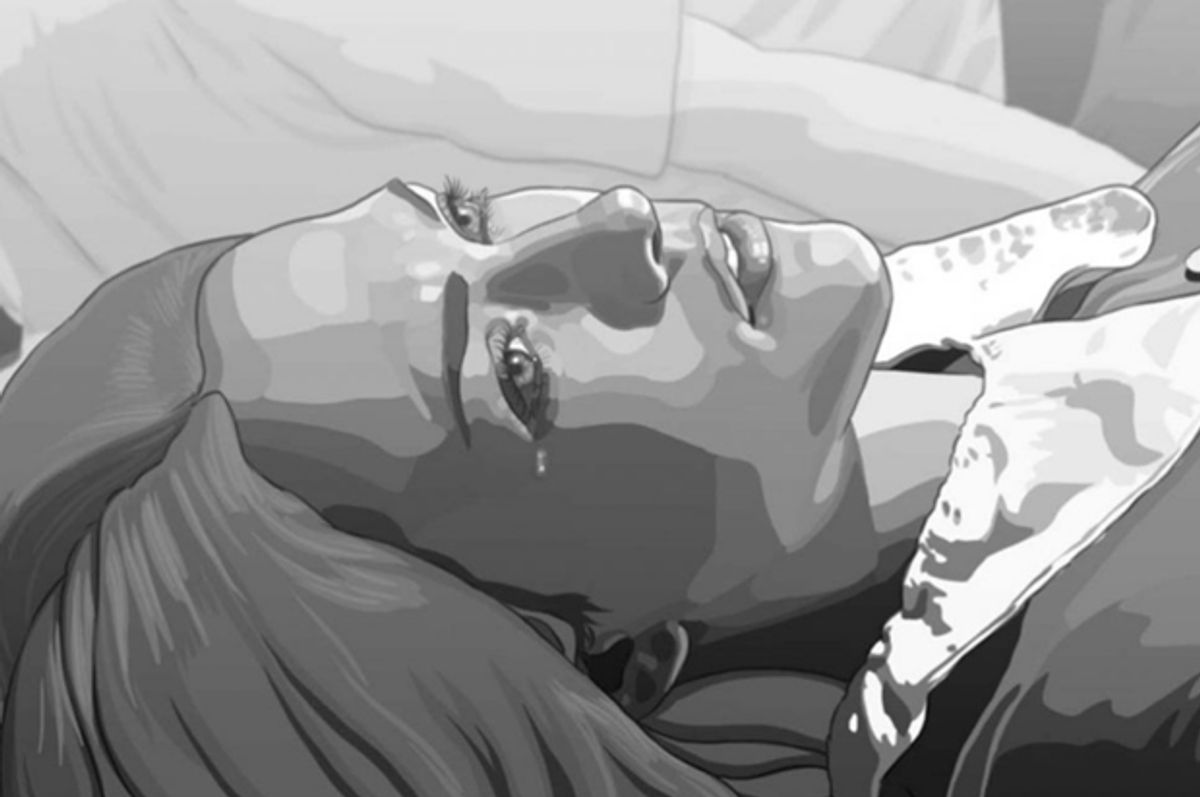 Premiering the Independent Lens documentary “Tower” on Valentine’s Day would seem to be an odd choice unless one frames the film as the story about America’s twisted love affair with guns. Admittedly that’s a perverse way to describe “Tower,” premiering Tuesday at 10 p.m. on PBS member stations, because director Keith Maitland’s extraordinary examination of the 1966 massacre at the University of Texas at Austin isn’t specifically about America’s gun culture.

Neither is “Tower” about the ex-Marine sniper who climbed up to the campus clock tower’s observation deck on that blazingly hot August day. From a protected perch, he used a high-powered rifle to snuff out the lives of 14 people and wound more than 30 others. (Another man died decades later from wounds he sustained that day.) But “Tower” barely mentions the name of the perpetrator, instead training its view on the survivors of that 96-minute spell of madness, the first mass shooting on a college campus in U.S. history.

The details about that man’s life and the circumstances surrounding his death are plentiful and easy to find. We know next to nothing about the people he terrorized that day.

Isn’t that a cruel peculiarity of America’s fascination with gun violence? The wounded go on living with their scars, knowing their unique connection to a situation that’s becoming all too common. The dead may perhaps be honored by having their names carved onto a stone memorial.

The name of man who tore through their lives on that sunny day, meanwhile, is referenced in popular music and poems and was even portrayed by a young, handsome Kurt Russell in a 1975 made-for-television movie. Parlance about the incident has even become a colloquial shorthand for psychological breakdown, tossed off as casually as references to the Jonestown massacre and “drinking the Kool Aid.” Rarely considered is the fact that still there are people walking around who are marked by these tragedies.

Knowing all that, a viewer understandably may question Maitland’s use of animation to re-create the horror of the University of Texas tower shooting. All skepticism fades away moments into “Tower,” though; it’s hard to think of a more honorable way to take the audience inside such an experience.

Any initial doubts one might have is understandable given pop culture’s association of animation with light content. A longstanding and celebrated truth about the form is that it can go places and say things that live action content cannot. Because of this, animation is typically associated with satire and parody; it’s the realm of “South Park” and “The Simpsons,” not a medium given to solemn re-creations of mass murder.

“Tower,” which won the grand jury prize at the 2016 SXSW Film Festival, could have adopted the standard documentary practice of filming the survivors as they are today, framing them with news footage of the event, interviews of survivors and photos dated from the time period. The film includes all of this, as it should. But in employing rotoscope animation as the backbone of the tale, mostly rendered in black and white with occasional punches of color, Maitland distills the purity of the shooting’s horror into each frame.

In the practice of rotoscoping, animators draw over footage of actors, resulting in a lifelike, frame-by-frame re-creation of live action sequences. Maitland chose players the age of the shooting’s survivors in 1966 and had them voice the accounts in interviews and archive footage.

The outcome is a superior re-creation of the cinematic nature of memories — and of these powerful recollections, in all their shades and agony.

To honor the intent of “Tower,” I’m refraining from mentioning the gunman’s name; far more important to the story is Claire Wilson James, the pregnant woman whose shooting marked the beginning of the spree.

James lay prone and exposed to the killer on the searing concrete in the middle of the plaza — slowly melting, as she described it, next to her college boyfriend, who was killed immediately as he knelt over her to help. The animation shows the blank, awestruck stare of helplessness on her face; solitary tears streaming out the corner of her eyes add to the film’s gut-wrenching potency.

The 18-year-old version of James provides “Tower” with its nexus, partly due to the sheer tragedy of her story (she was eight months' pregnant then) and because she became a living challenge to everyone’s humanity that day.

As James tells it, she could hear people hiding nearby loudly discussing that she was beyond help even as she lay with reach, begging for assistance. Eventually a stranger who didn’t know her at all ran in to lie beside her in the intense heat and keep her alive, simply by speaking with her to keep her conscious. That stranger’s name? Rita Starpattern. Maitland grants Starpattern the distinction of a bright orange mane that breaks through the achromatic blur of James’ fading world and marks her singular simple heroism.

Just as moving, however, is one woman’s confession that she hid inside a building and watched what was happening, including when a policeman was shot. “That was the moment that separated the brave people from the scared people. I knew that there was no way I was going to go out there and help him. I didn’t want to get shot,” she says matter-of-factly. “That was the defining moment because I realized I was a coward.”

Taking us inside these individual acts one moment at a time builds “Tower” into a gripping examination of human bravery and frailty in the face of barbarity. Maitland highlights an impressive breadth of voices while remaining economical in his focus, returning to the stories of eight people at the center of the event. Some of their names are part of history’s record, including Ramiro “Ray” Martinez and Houston McCoy, the lawmen who ultimately ended the spree.

But the audience also meets the paperboy who was shot while riding his bike that day and John “Artly” Fox, a kid who screwed up his courage to the point that saving James was preferable to watching her bleed and broil to death under an unforgiving summertime sun.

Rotoscope animation has let Maitland capture the subtle expression on each person’s face — the younger version of James biting her lip as she struggles against choking up at her losses, the eyes of a cop squinting at the thought of his failure to act sooner. All of that adds to the humanity celebrated through illustration in “Tower.”

Poignant as the film is, we know by now that “Tower” is destined to stand as an outstanding work of art as opposed to effective advocacy. Underscoring that idea is a short that follows “Tower,” about the new campus carry law in Texas. The law allows those with a license to carry a concealed handgun to bring their weapons into public university buildings, classrooms and dorms; it went into effect on Aug. 1, 2016 — the 50th anniversary of the Tower shooting.

But Maitland’s main objective has been to give a voice to the people who hadn’t been heard, which he does splendidly. A tragic effect of the shooting’s legacy has been the community’s descent into silence about the event in its immediate aftermath. One of the film’s subjects remarked that once the gunshots ceased, the plaza beneath the tower filled with people who didn’t speak to one another. And so it went.

James and Fox met again only a few years ago. She recently told reporters that she was envious of the support victims and survivors of more recent mass shootings have received over the years; she received no such blessing. “Tower,” James says, not only gave the survivors an opportunity to connect with one another but to actually see what happened around them on the day that changed so many lives. She may have been at the center of everything, but until the film she didn’t have much of an idea of what happened around her.

Perhaps in that way “Tower” is a story about love or, at the very least, connection. A stirring sequence in the middle of the film illustrates James’ whirlwind courtship with her boyfriend in a bright palette, and it’s beautiful, simple and crushing in one blow. An even more touching discovery is that James didn’t allow the sickness and hatred of one man to shatter her life. She’s a teacher now; she eventually found love again and adopted a child from Ethiopia. She also forgave the man who almost ended her life.

“I can’t hate him, in spite of the incredible damage that he’s done,” she says, adding, “I forgive him, yes. How could I not forgive? I’ve been forgiven so much.”