The end of the road for Kellyanne? Conway banned from morning show, blamed for leaking Sean Spicer rumors

Banned from "Morning Joe," Conway has had a rough week, as speculation persists on her future in the administration 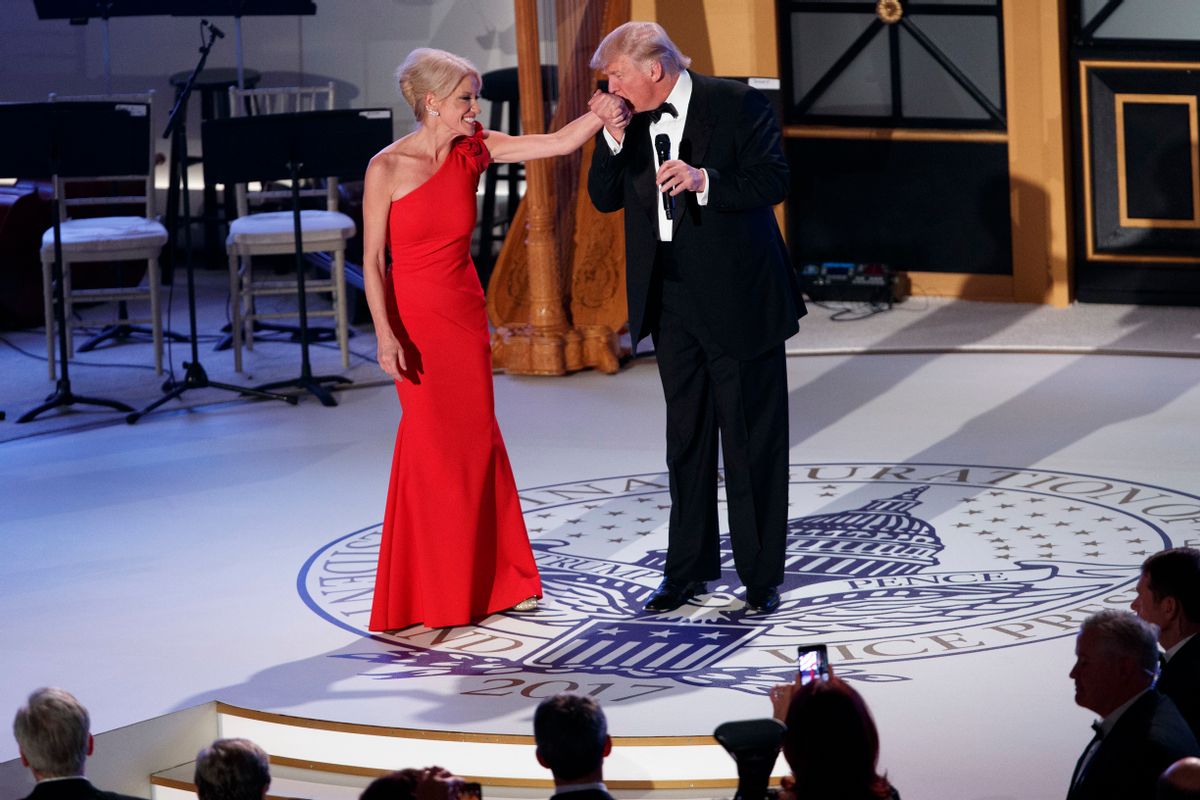 In the wake of her Nordstrom gaffe, Kellyanne Conway, the White House's most reliable spokeswoman, has lost favor with another important cable channel that used to book her for appearances.

"Morning Joe" host Mika Brezinski announced on Wednesday morning that Conway was banned from the show. She said the decision was motivated by the White House senior counselor's TV appearances, where something was always "askew, off or incorrect."

Conway's inaccuracies have been abundantly clear since she coined the phrase "alternative facts." Last week she entered into a heated exchange with CNN host Jake Tapper, in which he delivered the most powerful rebuke of the White House staffer seen to date. She hasn't been on CNN since.

Blacklisted on "Morning Joe," Conway's morning only became more inconvenienced with the release of a CNN report citing sources claiming she was spreading rumors about the imminent firing of the White House press secretary. Five separate sources told CNN's Dylan Byers that Conway had personally leaked the news about Sean Spicer's tenuous relationship with the president so that she could curry favor with her boss.

But Conway's recent blunders have made her standing in the White House less certain. On Tuesday Conway indiscriminately retweeted a white nationalist on Twitter that she later deleted.

@KellyannePolls Your strength & resiliency in face of vile hatred, bigotry, & sexism of the unhinged Left is a daily inspiration! Love you!🏅

When asked about this, Conway denied any responsibly for the tweet, saying that she did not know who had access to her Twitter account. That wasn't the only strange development for Conway's Twitter presence that day. Later on, Twitter users noticed that President Donald Trump's @POTUS account on his favorite social media platform doesn't follow Conway's. In addition, Conway removed the header image from her profile page, which featured a photo of her with the president.

Allies of Spicer told CNN that Conway has been destructive in the West Wing. "She's clearly guiding a press narrative that [Spicer's] not up for the job, and that they're reviewing other candidates," one GOP strategist said. "It's becoming abundantly clear that Kellyanne is making Sean's job impossible."

Conway categorically denied these claims when CNN followed up with her.