WATCH: Great-granddaughter of Khrushchev notes the similarities of Trump and Putin

Nina Khrushcheva explains Putin's strategic strengths, along with his similarities to Trump 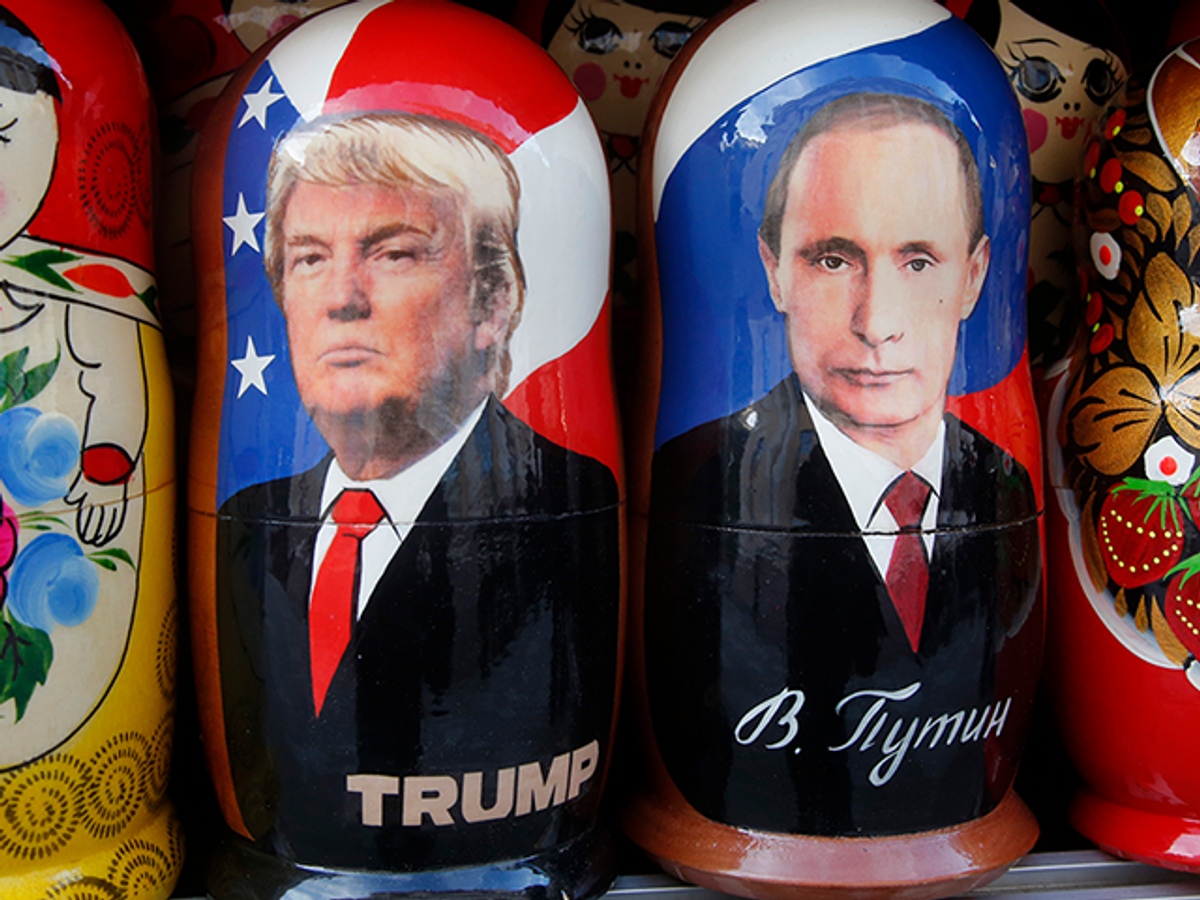 Nina Khrushcheva, international affairs professor at The New School and great-granddaughter of Cold War era politician Nikita Khrushchev, has been a critic of both President Donald Trump and Vladimir Putin. During a Salon Talks interview, Khrushcheva highlighted the political leaders' similarities.

The professor recommended reading Trump's "The Art of the Deal" and Putin's "Judo: History, Theory, Practice" to understand the roots of their apparent bromance and political mirroring. Comparisons between Trump and Putin go as deep as the two leaders’ writing style, with Khrushcheva referring to them as comparative masters at overcoming opponents through tactical victories, Putin in Judo and Trump in dealmaking.

Yet Trump and Putin may receive too much credit for their strategies because of their ability to capitalize on an opponent's weakness. Khrushcheva described Putin as a “political splinter” who would find a weak spot in somebody’s geopolitical configuration. She added that Putin has become much more dangerous -- not because of his strategic prowess, but because he is a “great, great tactician.”

Khrushcheva compared Putin’s judo strategy with his geopolitical one, where taking advantage of weak spots helped keep him in power. The professor cited the 2013 Syrian “red line” walk-back by former President Barack Obama, who relied on Putin to serve as an intermediary in the conflict.

“When you turn to Putin, a former KGB man, for a favor you have to know there will be a payback,” Khrushcheva said. “That's how Putin actually achieves results.”

Both Trump and Putin have an ability “to turn a very weak hand into a strong hand,” said Khrushcheva, which Trump demonstrated during his campaign and as Putin did upon coming to power in Russia.