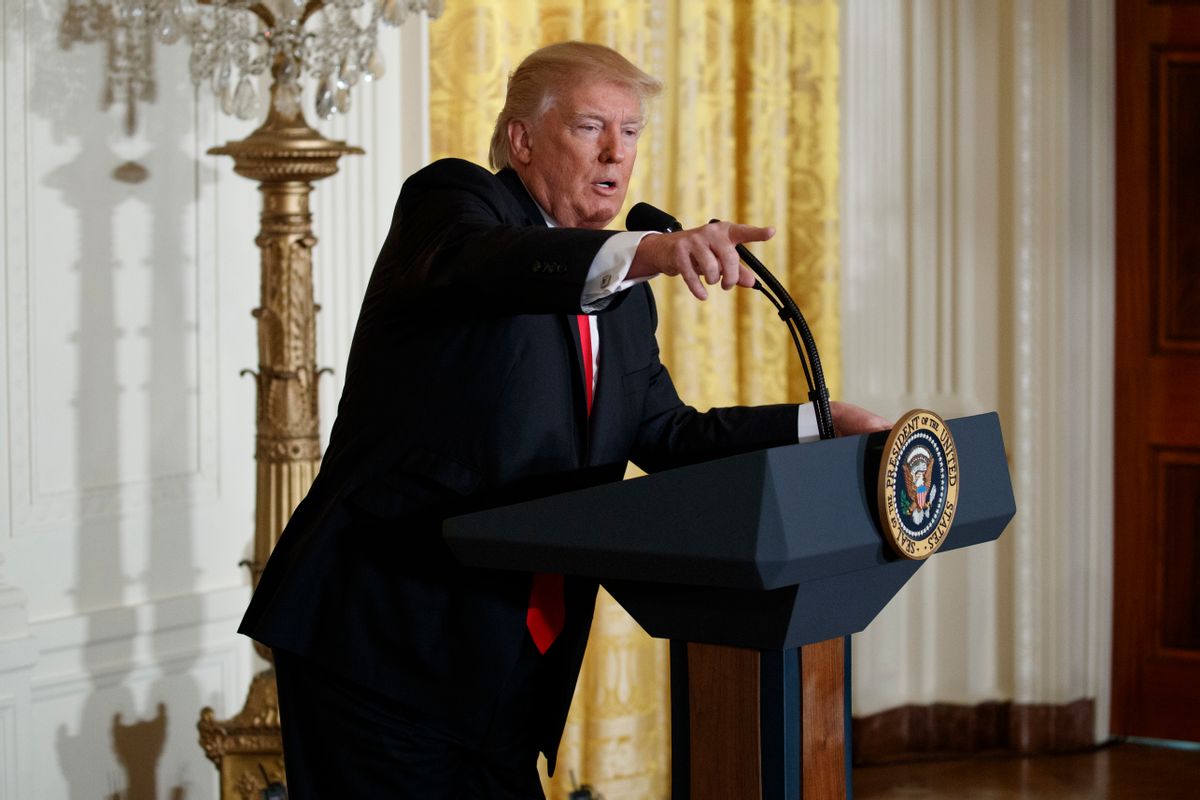 In a 77-minute press conference Thursday, President Donald Trump named his new nominee for labor secretary, claimed to be the "least anti-Semitic person" and asked an African-American journalist to set up a meeting for him with the Congressional Black Caucus.

More of an airing of grievances than a formal introduction for labor secretary nominee Alexander Acosta, Trump answered numerous questions from the mainstream media Thursday. He led off the presser by reliving his Electoral College win, declaring, once again, that it was the largest margin of victory for a president since President Ronald Reagan, conveniently ignoring President Barack Obama, President George W. Bush and President Bill Clinton — all three of whom secured more than the 306 electoral votes Trump won in November.

The press conference was an opportunity for President Trump to be his unfiltered self. The following are just three examples of preposterousness that manifested during the 77-minute presser.

One of the truly offensive moments from the press conference came when Jake Turx, a journalist of Jewish publication Ami Magazine, asked Trump how he planned to address the "the uptick in anti-Semitism" in America. The reporter even prefaced the question by noting that nobody in his community was accusing Trump himself or anyone on his staff of anti-Semitism.

Trump responded by berating the reporter, calling his question "insulting" and demanded that he sit down.

"It's not a simple question, not a fair question. Okay, sit down. I understand the rest of your question," the president said. "So here's the story, folks. No. 1, I am the least anti-Semitic person that you've ever seen in your entire life. No. 2, racism. The least racist person."

April Ryan, Washington bureau chief for the American Urban Radio Networks, asked Trump a question about his vague promise to rebuild the inner cities. She wondered if he would include the CBC in his conversations about his urban agenda. Trump responded to the question as if he did not know what the CBC was.

"Well I would, tell you what, do you want to set up the meeting? Are they friends of yours?" Trump asked.

"I'm just a reporter. I know some of them," Ryan replied.

After the press conference, the CBC wrote on Twitter that they have already reached out to Trump, but had not yet heard a response.

The leaks about Gen. Mike Flynn's conversation with the Russian ambassador was real, but Trump claimed the reporting on it was fake news