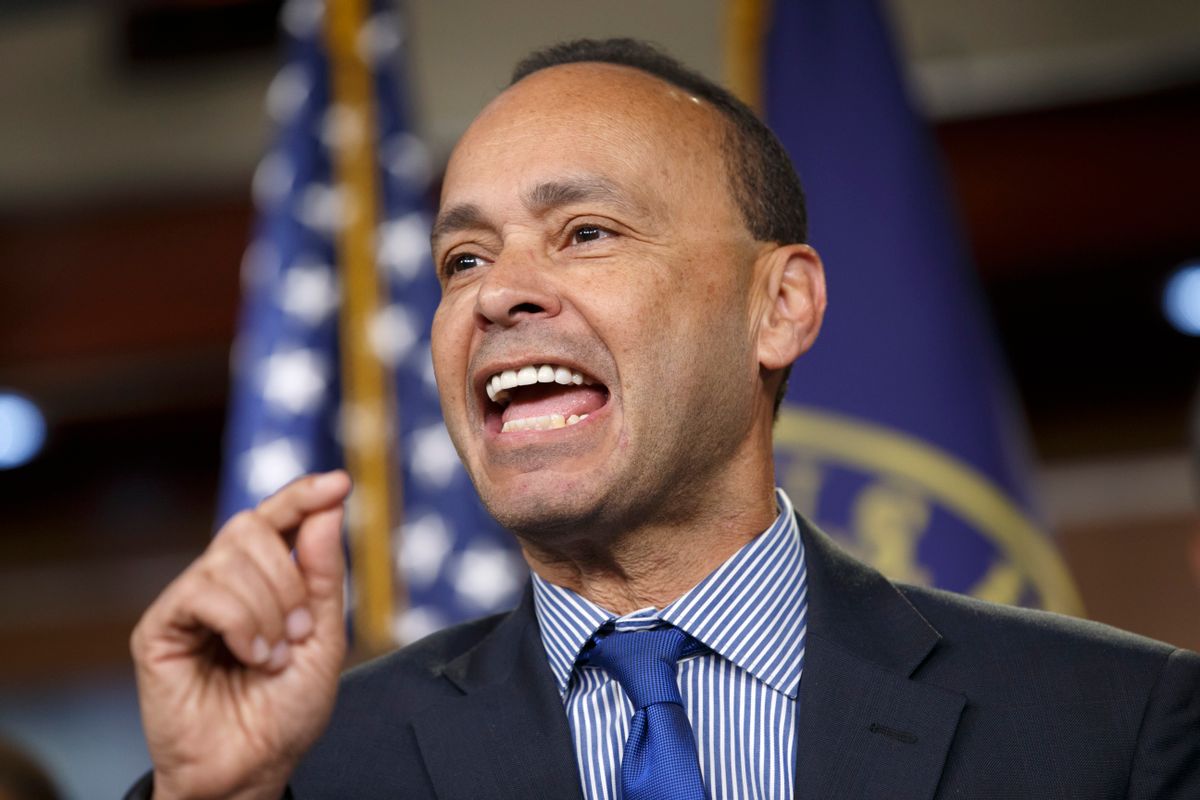 "I've been here 25 years and I've never been told by the Speaker of the House that I can't attend a meeting I've requested," Guitierrez said afterward, Politico reported.

According to the lawmakers, both members of the Hispanic Congressional Caucus were barred from entering a meeting between congressional leaders and the federal agency that has ramped up its immigration enforcement following the inauguration President Donald Trump.

"Members of the CHC expressed interest in attending, and to accommodate the request, we welcomed the chair of the CHC to join on behalf of the other members," House Speaker Paul Ryan's spokesperson AshLee Strong told Politico. "We are confident that the CHC chair is capable of representing the views of her caucus, and this arrangement was made very clear to the CHC ahead of time."

Ryan, who did not attend Thursday's meeting, organized the briefing after ICE abruptly canceled a meeting with Democrats and members of the Hispanic Caucus previously scheduled for Tuesday. ICE officials said the agency canceled the initial meeting because the Hispanic Caucus attempted to invite too many people.

"Oh my God! That room is big enough. They have not filled it to capacity," Rep. Tony Cardenas, D-Calif., who was not allowed to attend the meeting, complained to reporters outside.

According to the Huffington Post, Pelosi complained at the meeting that she had “never been in a meeting where an agency can designate who can attend.” She also called Ryan's move “highly unusual.”

"It was the speaker's staff that came to me, and I know her very very well, and she said she was speaking on behalf of the speaker, that there were a limited number of seats," Gutiérrez said. When Reps. Gutierrez and Torres showed up, Judiciary Committee Chairman Bob Goodlatte, R-VA, asked them to leave, the Huffington Post reported:

Before [Torres] left, she asked ICE officials when she could get answers to questions about the raids. She said the officials did not answer; instead, Goodlatte told her that Republican leadership could get information to them.

“I speak English ― I don’t need a translator,” Torres told reporters afterward. “My constituents elected me to represent them here. I should be able to participate and hear firsthand what ICE is saying and what ICE is doing in my communities.”

Aside from Guitierrez and Torres being booted from the meeting, Reps. Grace Napolitano and Juan Vargas, both democratic representatives from California, were not even allowed in.

I was asked to leave the meeting with #ICE by @SpeakerRyan staff. Never before in 20 plus years has this happened. pic.twitter.com/Vbe0BnsZNK

Goodlatte defended his decision and told reporters that the arrangement was "agreed upon ahead of time." He added that there were more Democrats than Republicans in the meeting.

Rep. Linda Sanchez, a Hispanic Caucus member who did attend the meeting, said lawmakers were told by Homan that they "can and should expect many more arrests and removals this year."

Nearly 700 undocumented immigrants who were arrested in ICE raids across multiple states over the weekend -- only 75 percent had a criminal record, according to ICE officials. One such raid, in the so-called sanctuary city of Seattle, resulted in the detention of a 23-year-old Mexican immigrant who has received protection under president Obama's Deferred Action Program twice.

“It was hard to not leave that meeting and believe that the Trump administration is going to target as many immigrants as possible,” Rep. Joaquin Castro, D-TX, who attended the meeting, told reporters.