The Democrats' inept resistance: Party leaders want Bernie Sanders to save them from angry activists

Rather than crafting an agenda to appeal to angry voters, Democrats make harebrained plans to hide from them 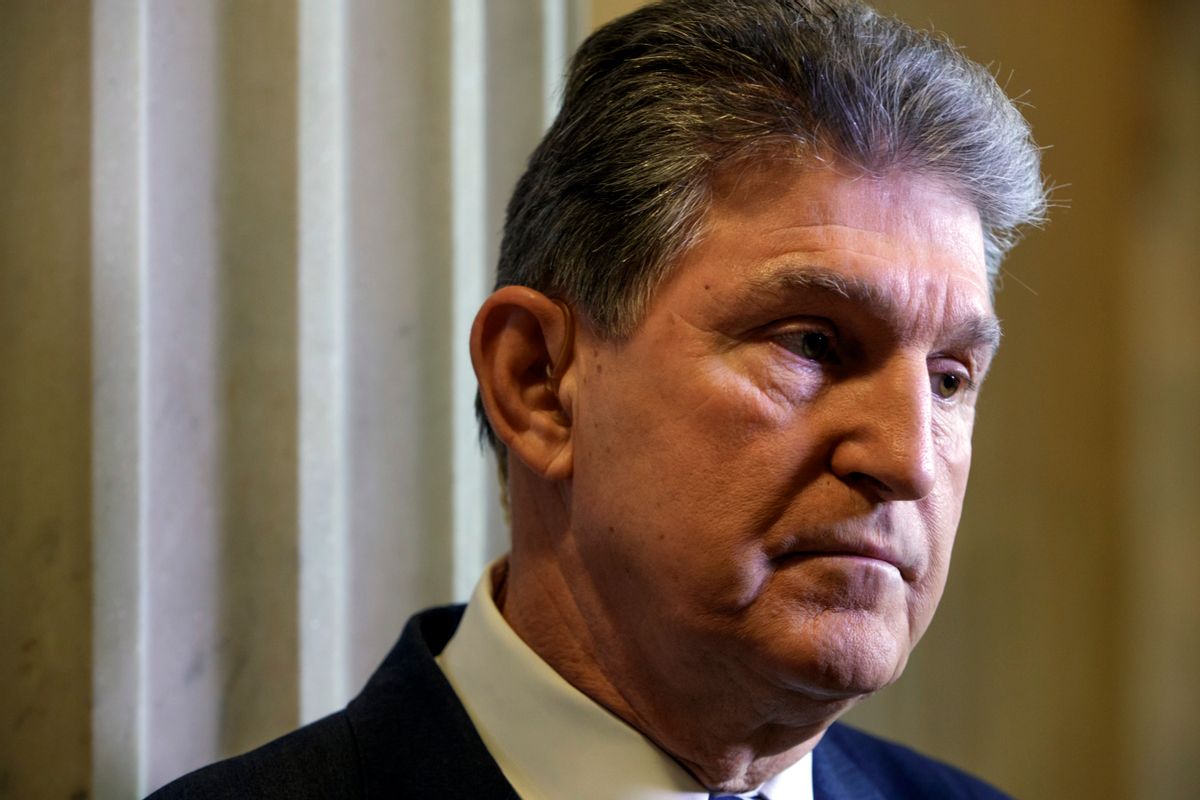 In this Feb. 1, 2017, photo, Sen. Joe Manchin, D-W.Va. pauses during a television news interview on Capitol Hill in Washington. President Donald Trump has struck up an unlikely political bond with Democratic Sen. Joe Manchin. The relationship between the West Virginia coal broker and New York real estate mogul has turned Manchin into one of the Democrats’ best conduits into the new administration. (AP Photo/J. Scott Applewhite) (AP/J. Scott Applewhite)
--

The first month of the Donald Trump presidency has provoked a public backlash against the president and his Republican enablers in Congress. Massive protest marches against Trump and his policies have been complemented by rowdy town-hall meetings that have left Republican legislators gibbering in the face of angry constituents.

In politics, moments like these present what’s known as “an opportunity.” There’s obviously widespread discontent with the new administration, and a savvy opposition party would reorient itself to capitalize on that frustration. But for the Democratic Party, disruptions like these are something to be feared and controlled.

The Washington Post reported on Tuesday that having seen the problems Republicans are facing with angry voters in their home districts, senior Democratic leaders are cowering at the prospect of having their own events disrupted. The plan they have devised to prevent this from happening is to ask Sen. Bernie Sanders, I-Vt., to request all the activists to not protest:

Such episodes spurred Democrats to ask Sanders for help, according to Sen. Joe Manchin III (D-W.Va.), who attended the meeting on Tuesday.

“They basically explained to Bernie, it looks like you could be the person that could calm down and make sure their energy and all this enthusiasm is directed in all the right proper channels,” Manchin said. “Bernie has a voice, and if [protesters] want to be active, then direct them to where the problem may be or where they anticipate a problem.”

It’s so sad. Republicans who have faced down angry crowds have absurdly dismissed them as nothing more than “paid protesters” and professional activists. This is the Democratic equivalent of that nonsense. Democrats like Manchin and Senate Minority Leader Chuck Schumer of New York seem to believe that Bernie Sanders’ popularity with the activist base translates into controlling how it behaves. By their understanding, their constituents aren’t people with their own views; they’re vessels for Bernie’s agenda.

That’s no less delegitimizing than calling someone a “paid protester.” Both presume that disruptive political acts flow not from genuine grievances, but from the whim of a distant authority figure. I would hope that there are some voters in West Virginia who are righteously pissed that Manchin has cozied up to Trump more clearly than any other Senate Democrat and voted to confirm all but two of Trump’s Cabinet nominees thus far, including Wall Street foreclosure baron Steve Mnuchin, now the Treasury secretary. With any luck, these voters will show up at a Manchin event and loudly voice that displeasure.

There’s also no reason to think that Sanders or anyone else can tamp down activists' anger against the Trump administration and politicians who seek to accommodate it. Instead of foisting this impossible protest-prevention job on Sanders, the smarter play would be to listen to what people are angry about and figure out why, exactly, Sanders is so well-received by activists.

The bigger problem underlying all this is that the Democratic Party still doesn’t seem to have a broader agenda other than projecting, “We’re not Donald Trump.” Consider for a moment the fact that Sanders’ title within the Democratic leadership is "chairman of outreach," and the “outreach” that leaders want him to do involves telling people to stay away from Democratic events so that they can go yell at Republicans. And even as Democrats try to impersonate a hard-nosed opposition party, they still manage to stomp all over their message when members bend over backward to find “common ground” with the administration.

Rather than listening to its angry constituents and crafting a message that appeals to anti-Trump voters, Democratic leaders are trying to have it both ways and begging Bernie Sanders to help protect them from populist blowback. Schumer and Manchin want Sanders to direct protesters, in Manchin’s words, “to where the problem may be.” It never occurs to them that those activists might view Chuck Schumer and Joe Manchin as part of the problem.