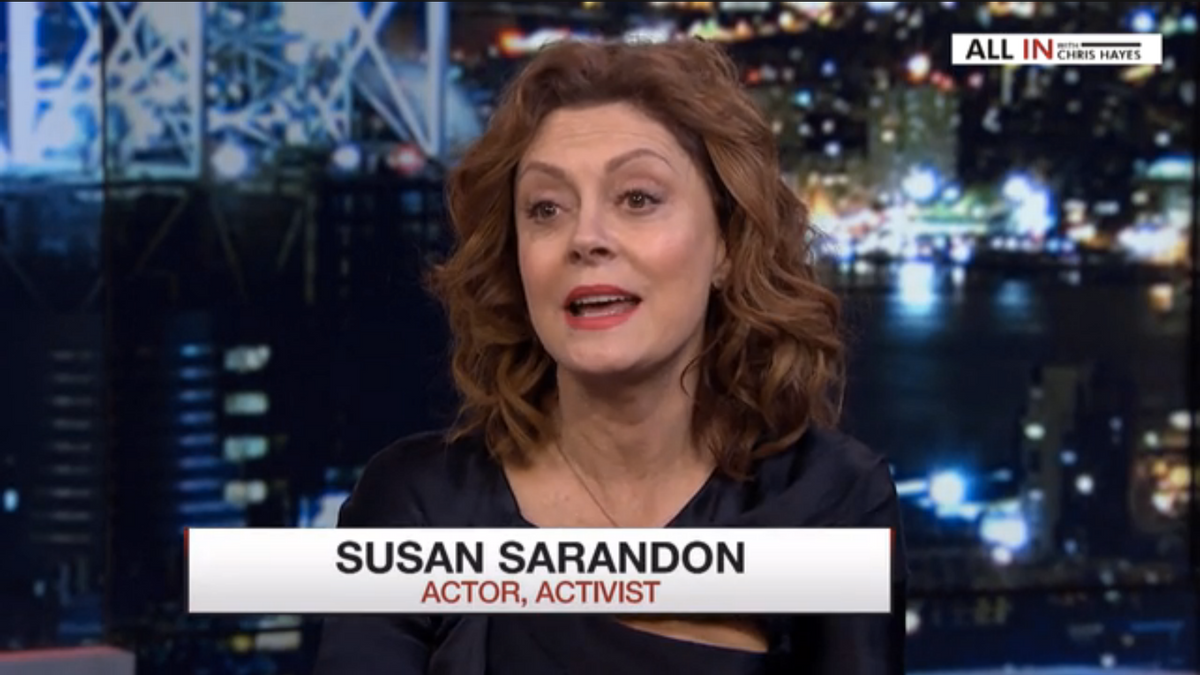 Susan Sarandon has no regrets for her refusal to vote for Hillary Clinton, and the actress-activist in no way feels responsible for Donald Trump's shocking electoral win. In fact, she blames journalists like Chris Hayes for failing to cover the issues.

Sarandon appeared on MSNBC's "All In with Chris Hayes" on Wednesday night to give the nation an update on her convictions about the election. In March when she was a surrogate for the Bernie Sanders campaign, she seemed to suggest on Hayes' show that Trump would be a better alternative for progressives than Clinton.

"Some people believe Donald Trump will bring the revolution immediately," Sarandon said. "If you think it is pragmatic to shore up the status quo right now, then you are not in touch with the status quo. The status quo is not working."

Presented with the then-hypothetical choice of Trump or Clinton, Sarandon said, "I don't know."

Fast-forward to Wednesday. A few months after Trump's upset victory, Sarandon said she does not believe she was on the wrong side of history. Hayes asked Sarandon to reflect on her mindset in March, when she was dead set against Clinton. The MSNBC host wondered if she regretted her position.

Clearly not satisfied with that answer, Hayes asked Sarandon if she "properly appreciated" what a Trump presidency means for America. The actress got defensive.

"I absolutely feel that analyzing and spending time and energy talking about blaming people or who made mistakes or what should have happened, is really wasting your time and energy," she said.

Sarandon was adamant that Hayes was misusing his platform by questioning her position. Then she condescendingly asked him if he was a real journalist: "I mean, you're a journalist, you consider yourself a journalist, right?"

Hayes, an Emmy award-winning journalist, assured her that he was indeed a real reporter.

"So how many hours did you spend on Standing Rock? What we need from you is to allow people to understand what is happening," Sarandon said.

"Can you look me in the eyes and tell me you are doing your job to cover these issues completely?" Sarandon later asked. "We don't need to have a conversation about my imagination about where Trump was going to be."

"Excuse me," Hayes responded. "I spend all day covering things."

Watch the tense exchange below: