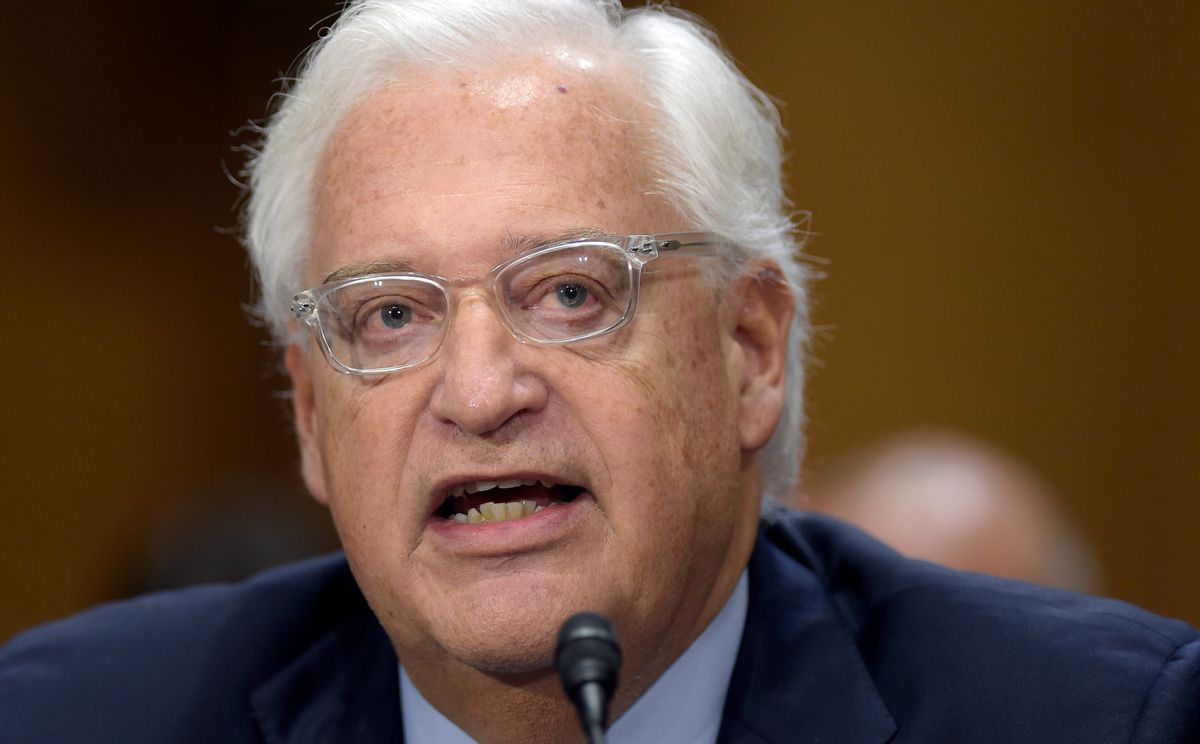 FILE - In this Feb. 16, 2017 file photo, David Friedman, nominated to be U.S. Ambassador to Israel, testifies on Capitol Hill in Washington at his confirmation hearing before the Senate Foreign Relations Committee. President Donald Trump and his envoys are sending mixed messages about their support for an independent Palestinian state, confusing a world that has traditionally looked for American leadership on one of the Mideast’s most intractable conflicts. () (AP Photo/Susan Walsh, File)
--

WASHINGTON — The leaders of the largest branch of American Judaism declared their opposition Friday to the combative attorney President Donald Trump selected to be his envoy to Israel, citing his "extreme views" and dearth of professional foreign policy experience.

The liberal Union for Reform Judaism said in a statement that David Friedman is the wrong person for the job at a critical time. The group, which is the largest association of synagogues in America, said it has never before opposed the nomination of an ambassador to Israel.

"There can be no doubt that David Friedman loves Israel or that he has an extraordinarily close relationship with President Trump, but those are not the essential qualifications of a U.S. ambassador to Israel," the group said . His background and temperament make it more likely he'll "inflame divisions" rather than bridge divides, it said.

Their objection marks the second significant denunciation this week of Friedman's nomination. Five former U.S. ambassadors to Israel, who served Democratic and Republican presidents, called Friedman unfit for the post in a letter to members of the Senate Foreign Relations Committee.

Friedman, who worked as Trump's bankruptcy lawyer, testified Thursday before the committee and sought to repair the damage done by his caustic statements against those who don't share his hard-line pro-Israel views. Friedman publicly apologized for past remarks and pledged to be "respectful and measured" should he be confirmed by the Republican-led Senate as Trump's envoy to the Jewish state.

He also shifted away from past positions, such as declaring the two-state solution to peace between Israelis and Palestinians as an "illusory" fix in search of a non-existent problem. The two-state solution has been official U.S. policy since 2002, although Trump this week refused to explicitly endorse the strategy and said he could accept a one-nation solution to the long and deep dispute between Palestinians and Israel.

The son of an Orthodox rabbi, Friedman has been a fervent supporter of Israeli settlements and a staunch defender of Israel's government. He also runs a nonprofit that raises millions of dollars for Beit El, a settlement of religious nationalists near Ramallah in the West Bank. Beit El runs a right-wing news outlet and a yeshiva whose dean has provocatively urged Israeli soldiers to refuse orders to uproot settlers from their homes.

But the Union for Reform Judaism said it simply can't accept that Friedman's "moderated position as expressed in his confirmation hearing replaces a long and detailed history that he has on Israel, both in his stated comments and his philanthropy."

The group said he has "invested significant dollars in support of the settlements and a vision of Israel that we believe endangers both American and Israeli security and other interests in the region.