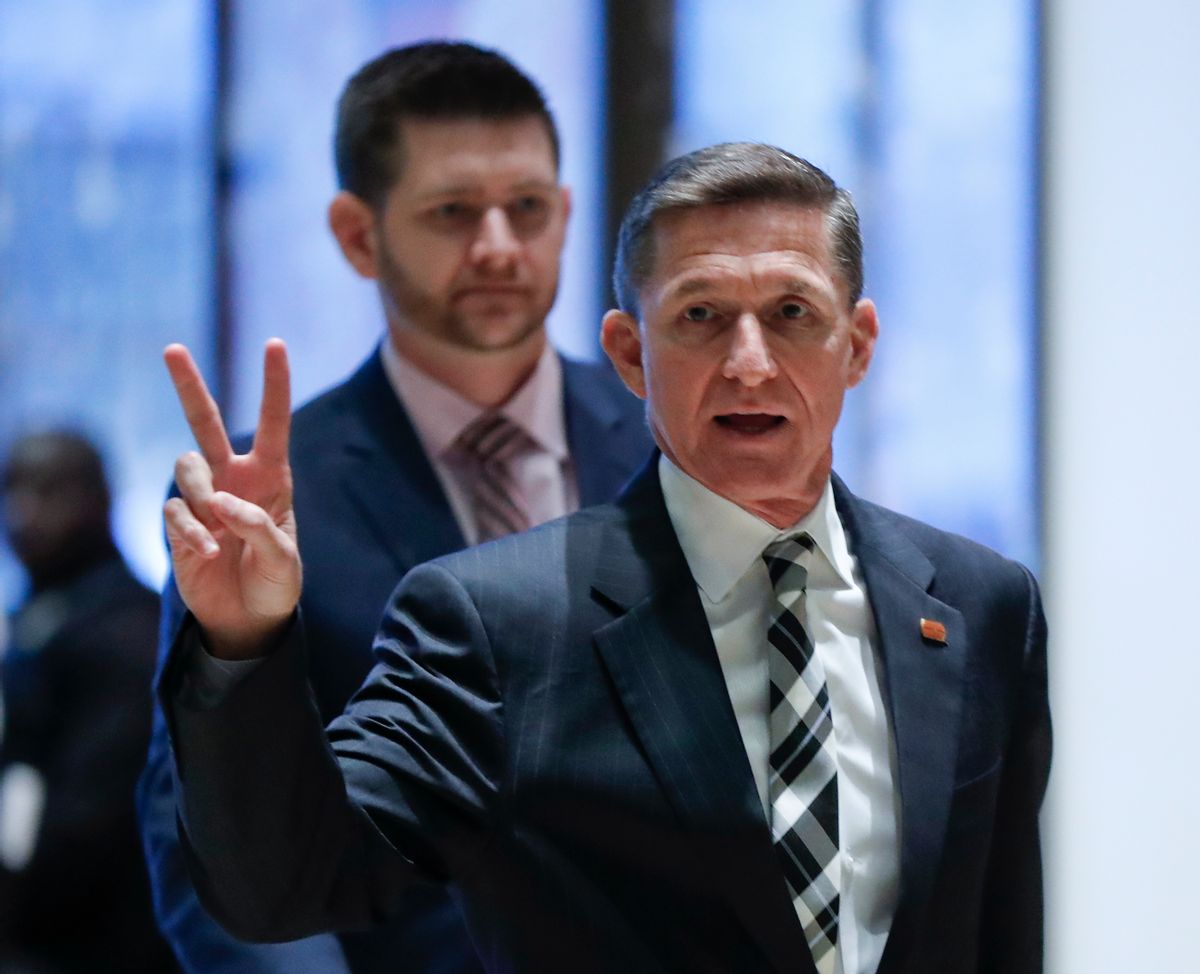 Hours after Thursday's rambling press conference where Trump lamented the messy country he inherited, the Financial Times reported the president's top choice for National Security Adviser has withdrawn from consideration.

During the presser, Trump claimed that "a good candidate" was ready to replace Gen. Michael Flynn following his resignation. However, retired navy special forces officer Robert Harward, a close ally of Defense Secretary Gen. James Mattis, reportedly decided that he could not accept the White House position.

"Harward is conflicted between the call of duty and the obvious dysfunctionality,” an unnamed source told the Times.

Gen. Flynn, Trump's original choice for National Security Adviser resigned this week after it was revealed that he had discussed U.S. sanctions against Russia with that country’s ambassador to the United States before Trump took office -- contrary to what vice president-elect Mike Pence had claimed on national television. According to the Defense Intelligence Agency, Flynn’s security clearance has been suspended as investigators look into his ties to Russian officials. Flynn's controversial deputy, former Fox News contributor K.T. McFarland, has been asked to stay by the White House, however.

Sources familiar with the former deputy commander at Central Command  -- who served on the National Security Council during the George W Bush administration -- told the Times that Harward was concerned about whether the top advisers around Trump would allow him to install his own staff on the NSC. Harward demanded his own team, and the White House resisted, CBS News confirmed.

In of his first acts as president, Trump signed an executive order naming his chief strategist, Stephen Bannon, as a permanent member of the NSC. At the same time, he limited the roles of the director of national intelligence and the chairman of the Joint Chiefs of Staff.

Harward, a 60-year-old former Navy SEAL, is viewed as much less volatile and more balanced than either Flynn or Bannon, according to the Times.

At a press conference Thursday, Trump defended Flynn as "a fine person" who "was just doing his job."

Trump blamed the media for Flynn’s downfall, calling the whole controversy “fake news put out by the media.”

"I don’t think he did anything wrong,” Trump said of the man who admitted lying to Pence.

So much for Trump's claim Thursday that “this is a fine-tuned machine.”

So far, besides losing Harward and Flynn, Trump has seen his choice to run the army withdraw after it was revealed that he recently punched a concession worker at a horse auction; his senior director of strategic communications for the National Security Council was forced to withdraw after it was revealed she plagiarized her 2012 book; his labor secretary nominee withdraw after failing to get enough Republican support, and at least six White House staffers were escorted out of the building Thursday after failing to pass a federal background check.