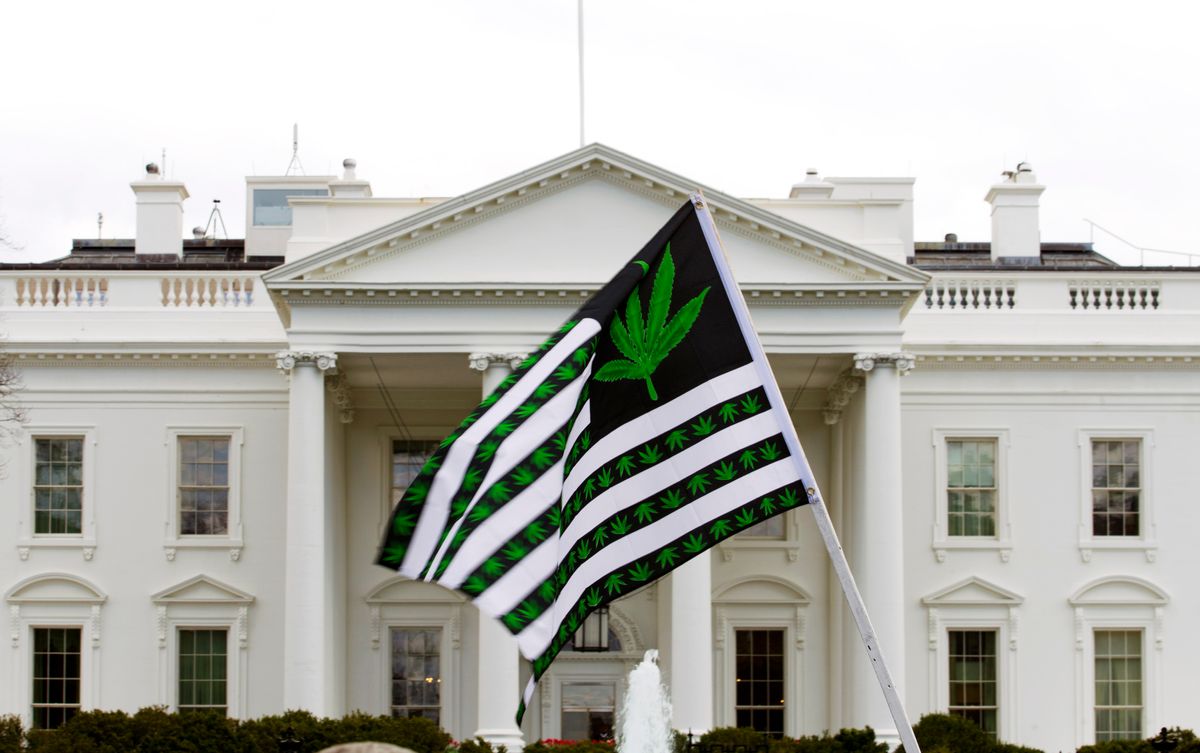 A bipartisan group of federal lawmakers launched the Congressional Cannabis Caucus with a press conference at the U.S. Capitol on Thursday afternoon.

Members of the Cannabis Caucus see marijuana reform as an important issue and will make a bipartisan effort to pass bills. While the group didn't lay out specific legislative objectives, lawmakers said that there is a need to square federal law -- which prohibits marijuana use -- with the growing number of state laws that allow for medical and recreational use.

“The prohibition of cannabis has been a failure and Americans across our nation are demanding a more sensible approach,” said Oregon Democrat Rep. Earl Blumenauer.

Blumenauer is one of the Caucus’s founding members, along with California Republican Dana Rohrabacher, Colorado Democrat Jared Polis and Alaska Republican Don Young. All four representatives hail from states where recreational marijuana use is legal. Blumenauer said it’s important the federal government doesn’t prevent the continuation of research into its medicinal use.

“Following the November election, federal laws are now out of step with 44 states. The time is now to come together and bring the federal government in line with the will of the American people," he said.

Rohrabacher echoed Blumenauer’s sentiments, adding that he has personally benefited from medical marijuana.

“About a hundred days ago I had an operation on my arm here, it was real heavy arthritis. As a surfer I actually wore away all the cartilage in both of my arms. It was really painful,” he told reporters. “They gave me this candle and the candle was infused with cannabis and yeah, I put it on my arm and guess what—the pain went away for a couple hours and I got sleep for the first time in weeks after that.”

Marijuana is legal, in some form or another, in 28 states. Various polls show that a majority of Americans support legalizing marijuana in some form and the marijuana industry brought in $6.7 billion in legal sales in the U.S. last year. Now that an additional eight states — including California — voted to legalize recreational use of marijuana last November, that figure is expected to grow.

But President Donald Trump’s Attorney General Jeff Sessions has raised concerns about the drug and said previously that “good people don’t smoke marijuana.” It remains to be seen whether Sessions will roll back Obama-era policies that have allowed pot businesses to flourish in states where it is legal.

“Many of us have expressed concerns about the new attorney general,” Rep. Polis said. “We’re also cautiously hopeful that President Trump will maintain a commitment he made on the campaign trail where he said it would be a state issue.”

Earlier this month, Rohrabacher introduced a measure called the Respect State Marijuana Laws Act of 2017, which would prohibit the Justice Department from using federal funds to target cannabis operations that comply with local laws. Under President Barack Obama, the Justice Department declined to interfere with states that had legalized marijuana, even though federal law defines it as an illegal drug.

But at the federal level, marijuana policy remains essentially unchanged from the early 1970s.

“Until (the underlying federal law is addressed), the industry exists really at the discretion of the president and the attorney general, and it’s a dangerous place to be,” Polis said, adding that, “we need to make the case directly to Trump.”

In a joint statement, several of the marijuana industry's top leading lobbying groups and associations — including NORML, the Marijuana Policy Project and the Drug Policy Alliance, among others — issued a joint statement on Thursday commending the lawmakers leading the charge on cannabis policy.

“The establishment of a Cannabis Caucus will allow members from both parties, who represent diverse constituencies from around the country, to join together for the purpose of advancing sensible cannabis policy reform,” the statement read.

“The formation of this caucus is a testament to how far our country has come on the issue of cannabis policy,” the groups added. “There is a growing consensus that cannabis prohibition has failed, and it is time for a more sensible approach.”

The new Cannabis Caucus will be among more than 200 different issue-related groups that have attracted members from both sides of the aisle in the House. They range from the serious, such as the Bipartisan Taskforce for Combating Anti-Semitism to the Rugby Caucus.