Maher on how Republicans work: "While you're watching the clown screw the pony, they're breaking into your car." 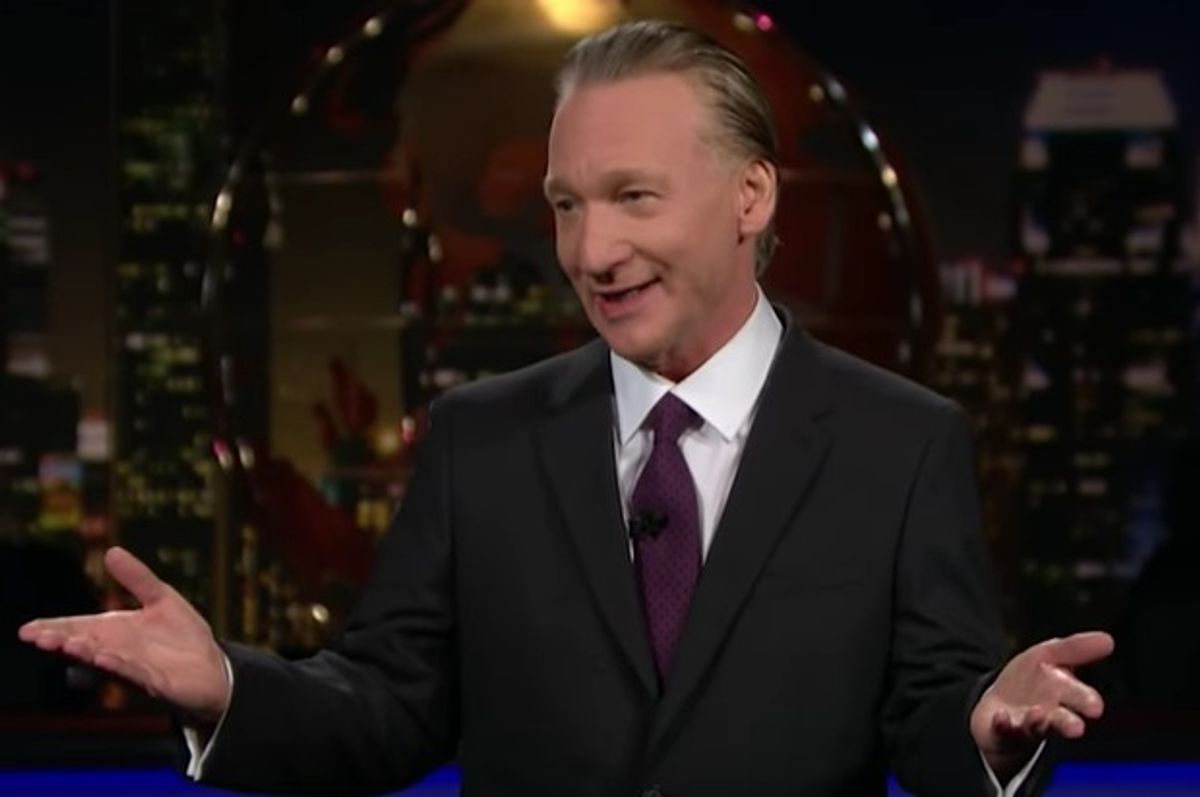 "It's a good time to reflect, on President's Day weekend!" Bill Maher said in his opening monologue Friday night on Real Time.  "We can think about how our first president said, "I cannot tell a lie!" added Maher. "And, I know it's fun to watch the wheels come off the Trump car, until we remember we're riding in the back! Then it's not so fu*kin' fun anymore!" he joked.

Citing all the changes that have happened rapid fire since President Trump took office, Maher said, "There is an unprecedented state of crisis in this country. Michael Flynn resigned because of his illegal contact with Russia. This is the most serious political scandal we have ever had in the United States!" Continuing on about what next awaited the country, Maher said, "Now we need to see how deep President Trump's relationship with Russia is, or as the Russians call him, "Agent Orange."

He said political leaders looked aghast as the recent suggestion of Sarah Palin for ambassador to Canada, particularly Canadian Prime Minister Justin Trudeau. "I'm sure Trudeau takes this more as a threat," said Maher. "The first ambassador to Canada to require a security deposit," joked Maher. He noted this is a distraction from really bad policies being enacted, as well as continuing troubling cabinet confirmations. "This is how Republicans work: While you're watching the clown screw the pony, they're breaking into your car."

Calling President Trump's most recent press conference an "impromptu, 77-minute brain fart," Maher said, "the kid in the YouTube video who's high from the dentist made more sense!"  He was annoyed by the long, whining "pissing and moaning, complaining about grievances," making an analogy between Trump's reference to the White House "running like a fine-tuned machine" and "a Samsung Galaxy!", the phone that was famously recalled last year because it was known to burst into flames.