Milo Yiannopoulos says he cares about free speech, Maher tells him to get off the "Trump Train" 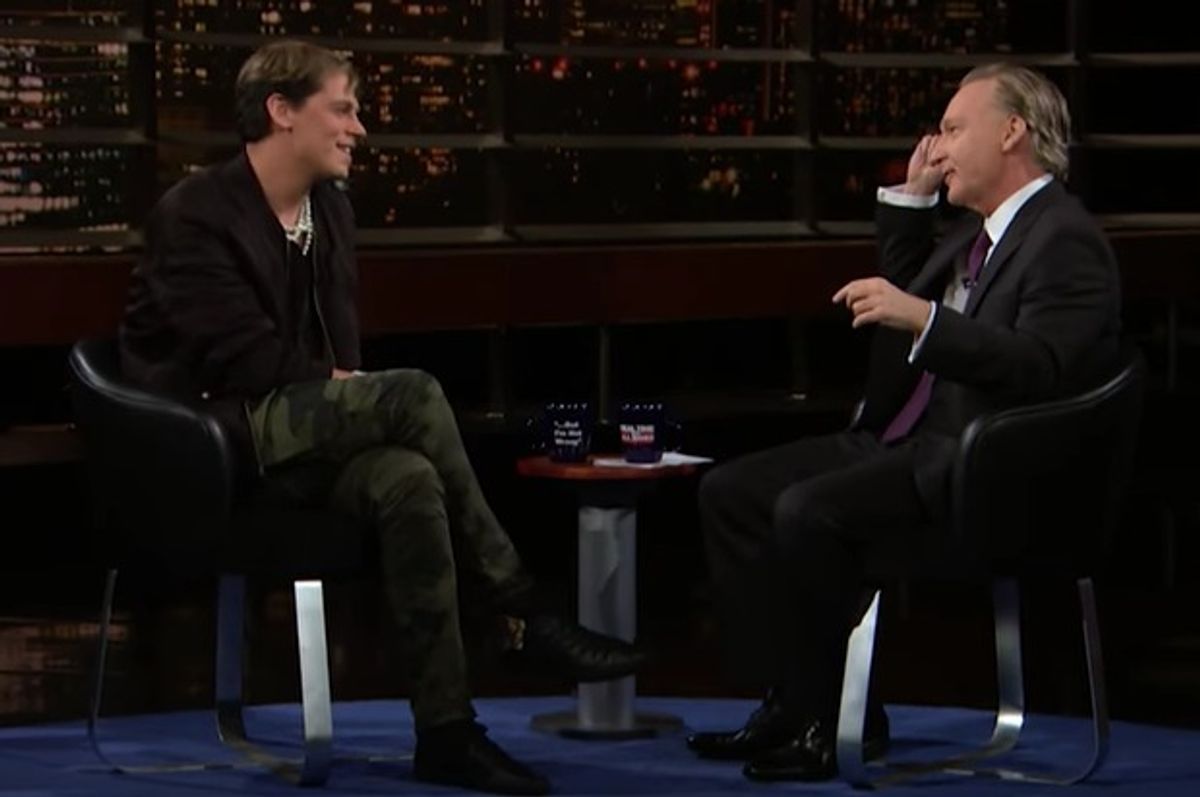 "Free speech is a conservative position now," said controversial guest Milo Yiannopoulos of Breitbart, on Real Time with Bill Maher Friday night. "Your side has gone insane," he added. "It has become the party of Lena Dunham. Liberals used to be funny before they 'contracted feminism', like Sarah Silverman."  Maher took issue with Yiannopoulos lambasting comedians who are his friends, calling the remarks off base.

Describing himself as a "virtuous troll", Yiannopoulos and Maher agreed on one thing: "laughter is involuntary, and that's how they know [the subjects are] true," said Maher. "Humor isn't how we drive people apart, it's how you connect them. These basic human fundamental psychological traits are what the left has forgotten," added Milo.  "Mean words don't hurt people," said Yiannopoulos, arguing that Twitter is intended for free expression and sport. "If I wanted to cry myself to sleep at night, I would just read my Twitter feed," laughed Maher.

"You're very wrong about some things, and you're a little broken," said Maher. "Like that you don't believe in Black Lives Matter, and that white privilege is made up."  Referring to journalist Jeremy Scahill, who made news last week when he pulled out of his appearance on Real Time to protest the fact that Yiannopoulos would also appear on the show. "What some don't understand, is that if you don't show up to debate, you lose," said Yiannopoulos, to rare applause.  Maher agreed. "Stop taking the bait, liberals," yelled Maher, calling them school girls. Maher seemed to get Yiannoupoulos' schtick, but said he should "get off the Trump train," because of President Donald Trump's recent attempted controls on free speech. "For a guy who loves free speech, you've picked a weird boyfriend," said Maher, to wild applause and laughter.

Maher, as usual, had the last word in a conversation full of disagreements, but also humor.   He cut the conversation short, ushered Yiannopoulos off, thanked him, and told the young conservative they would talk again soon.