Are fossil fuel companies telling investors enough about the risks of climate change? Probably not, but it's complicated 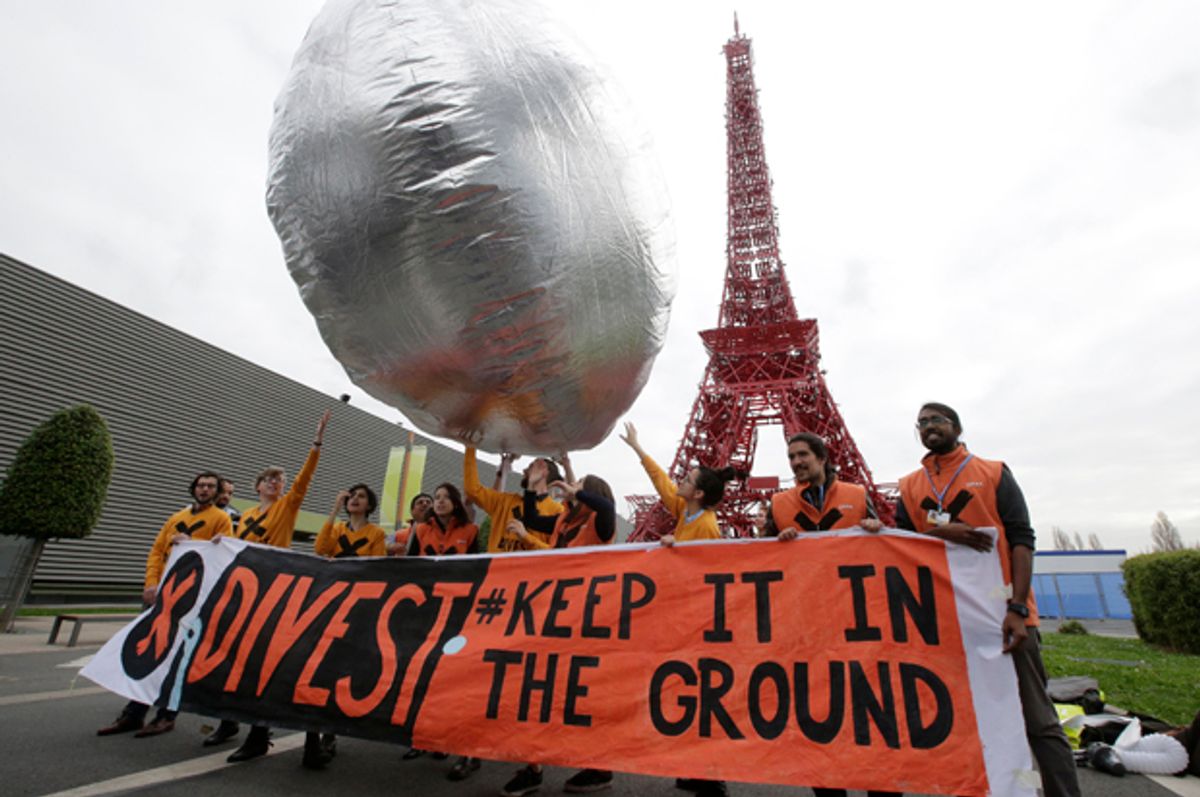 Prior to President Donald Trump taking office, there was a push to require oil and gas companies to inform their investors about the risks of climate change. As governments step up efforts to regulate carbon emissions, the thinking goes, fossil fuel companies’ assets could depreciate in value over time.

The Securities and Exchange Commission, for example, was probing how ExxonMobil discloses the impact of that risk on the value of its reserves. And disclosure advocates have been pressing the agency to take more decisive action.

Now that Republicans control Congress and the White House, will the SEC reverse course? And should it?

The Trump administration’s apparent skepticism regarding climate change may portend such a change in direction. And Congress’ decision to roll back transparency rules for U.S. energy companies in the Dodd-Frank Act suggests transparency policy more broadly is being loosened.

The terms of this debate, however, remain premised on the notion that investors don’t have enough information to accurately assess the impact of climate change on company value. A growing body of academic research, including our own, suggests they already do and that a compromise path that improves the terms and conditions for voluntary disclosure might be optimal.

Such a change in direction would be good news for ExxonMobil in its fight with the SEC over climate change disclosure.

Last year, ExxonMobil announced that 4.6 billion barrels of oil and gas assets — 20 percent of its current inventory of future prospects — may be too expensive to tap. That would be the largest asset write-down in its history. So far, the company has written down $2 billion in expensive, above-market cost natural gas assets. More write-downs — this time possibly oil sands — may be forthcoming.

It’s not clear how much of that is tied to the risks of climate change, but some took it as evidence that the fossil fuel industry is not doing enough to inform investors about those risks.

Disclosure advocates in the United States and Europe have been urging oil and gas companies to say more about the potential for their booked assets to become “stranded” over time. Stranded assets are mainly oil and gas reserves that might have to stay in the ground as a result of a combination of new efficiency technologies and policy actions that seek to limit greenhouse gas emissions.

Whatever policy direction the SEC takes on climate risk, it is unlikely to deter those investors who believe the present system of voluntary and mandatory disclosure has failed to provide them with sufficient information on the risks of climate change. And some market participants, such as Bank of England Governor Mark Carney, worry that the underreporting of climate change information is creating a big risk for financial markets — a carbon bubble — that could lead to a major market failure.

Currently, the SEC requires mandatory disclosure of all “material” information, while everything else is voluntary. This system has created a vast amount of publicly available information on the costs and risks of climate change.

But as the recent ExxonMobil revelations highlight, the market clearly does not have all information. There are good reasons for this. For competitive reasons and business survival, certain company information is kept confidential and private.

The courts and the SEC have always acknowledged a company’s right to privacy regarding certain information. Companies, moreover, argue it could be harmful to shareholders if disclosed prematurely. An appropriate balance is required.

Our own research confirms that financial markets already price climate risk into oil and gas company stocks based on company reports and other data available from public and proprietary sources. These data allow investors to estimate reasonably accurately the effects of climate change on companies, including the expectation of write-downs.

For example, our work suggests that investors first began pricing in this kind of data as early as 2009, when the scientific climate change evidence about stranded assets first became known. Our latest research, soon to be published in Contemporary Accounting Research, shows that the share price of the median company in the Standard & Poor’s 500 reflects a penalty of about $79 per ton of carbon emissions (based on data through 2012). This penalty considers all S&P 500 companies, not just oil and gas firms. Importantly, this research also shows that investors are able to assess this penalty from company disclosures and the noncompany information available on climate change risk.

This penalty comprises the expected cost of carbon mitigation and the possible loss of revenue from cheaper energy sources.

Exxon, for its part, says it prices the cost of long-term carbon internally at $80 a ton, matching our market model.

All this raises the question: What level of additional mandatory disclosure is needed to improve the “total mix of information available” for investors on which to base decisions?

With climate change a pressing concern, investors certainly have a right to demand more disclosure, and we agree with that. But at what cost?

Indeed, the cost of disclosure can be significant, and it’s not just the direct out-of-pocket costs that policymakers should consider when drawing up new regulations. Indirect costs, such as forcing oil and gas companies to disclose vital confidential information to rivals, could be particularly burdensome to particular companies. And society could pay a heavy price if new rules lead companies to make unwise operating or investment decisions or postpone investment unnecessarily. Energy costs could increase or supplies decrease because of miscalculations.

Additionally, the private sector is trying to fill the gap on its own. Moody’s Investor Service, for example, announced in June that it will now independently assess carbon transition risk as part of its credit rating for companies in 13 sectors, including oil and gas.

Given these and other factors, rather than mandate any new disclosures now, we urge the SEC to first implement a voluntary program along the lines of its successful 1976 program for the disclosure of sensitive foreign payments (like bribes). The SEC’s report on this program showed no harm to the stock prices of participants after they disclosed payments.

In fact, it is often the lack of participation that invites a negative stock price response, as markets often view nondisclosing businesses as those with something to hide.

This voluntary program also helped pave the way for the Foreign Corrupt Practices Act of 1977, which formalized the accounting requirements for bribery payments to foreign officials.

We would hope that a voluntary disclosure program for climate change would achieve a similar goal: that is, formal SEC disclosure requirements that consider the interests of all parties.

Such a program could initially target a defined group, such as the 50 largest SEC-registered oil and gas firms. That would give the SEC and private organizations like Moody’s the additional hard data and experience needed to examine the costs, benefits and financial market impacts of climate change risk disclosures.

Doing this would pave the way for more permanent rule-making to better serve the needs of investors, companies and, ultimately, the public.

This is an updated version of an article originally published on Nov. 2, 2016.