The president's secret: Trump once told NYC his net worth was much lower than what he said publicly 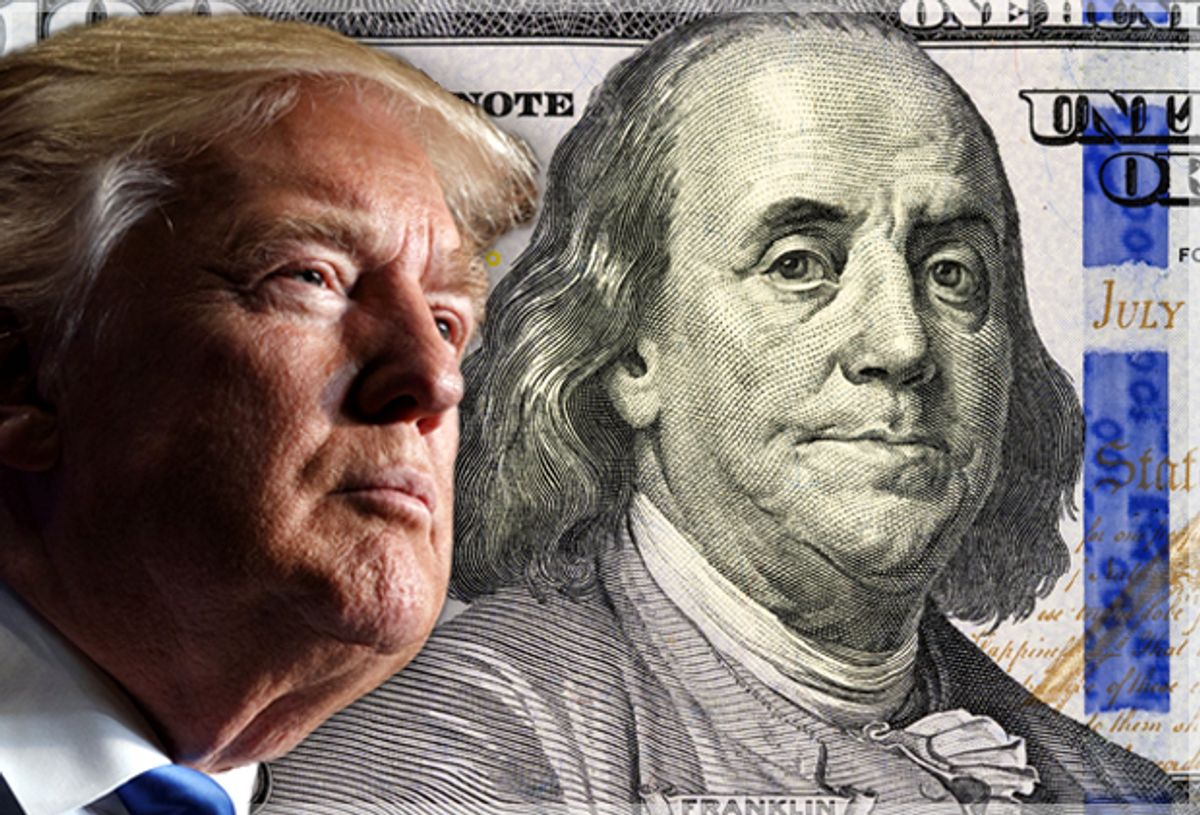 In the late spring of 2009, a Wall Street Journal reporter was trying to figure out how much now-President Donald Trump was worth. The never-shy real-estate developer passed along that his fortune was at least $5 billion, not counting the value of the Trump brand.

A month later, Trump’s accountant prepared a financial statement, which was later included in Trump’s bid to run a long-neglected municipal golf course in the Bronx. The document included a different estimate of Trump’s net worth: “in excess of $3 billion.”

ProPublica obtained the financial statement through an open-records request to New York City.

Trump’s estimates of his worth have long varied wildly. He boasted during his Comedy Central Roast in 2011 that he was worth $7 billion. Last May, he said in a press release accompanying his federal ethics disclosure forms that he’s worth more than $10 billion.

What’s notable in this case is that the two estimates — one public and one private — were offered at nearly the same time.

“With Trump, following the Art of the Deal approach, you’re dealing with truthful hyperbole. So you don’t know where the truth is with both of these numbers,” said Steve Rosenthal, a senior fellow at the Urban Institute’s Urban-Brookings Tax Policy Center and a tax lawyer in Washington, D.C., who reviewed the documents for ProPublica.

The Trump Organization and the White House have not responded to ProPublica’s requests for comment.

There are reasons to be skeptical of even the numbers Trump gave to New York City. They are self-reported and aren’t looked at by auditors.

A few months after Trump offered those figures, Forbes magazine estimated he was worth $1 billion less than what he claimed to New York City officials.

Author and journalist Timothy O’Brien, who was sued by Trump after publishing much lower net-worth estimates in 2005, told ProPublica that he wouldn’t take Trump’s net-worth figures to New York City at face value.

“Just to begin with, this is about half of what he said publicly and he’s self-contradictory,” O’Brien said. “And, generally, he’s never fully disclosed his debts and he inflates the value of his assets.”

ProPublica also obtained another, older document from New York City in which Trump listed his net worth. The August 2001 document puts the figure at $2.4 billion. It was part of a Trump Organization bid for a contract to run skating rinks in New York’s Central Park. The company submitted a detailed questionnaire to the city, which claimed Trump had assets of more than $2.7 billion, liabilities of $325 million and $5 million in cash. Making a false statement on the city’s bid form can result in criminal charges.

In recommending that Trump be selected as the winning proposal, the city’s Department of Parks and Recreation selection committee said the “unquestioned financial capability of the Trump Corporation . . . was the decisive factor.”

The year before, Trump told Forbes magazine he was worth $5 billion.

The estimates Trump gave New York City are also lower than what he said in a sworn deposition in the lawsuit against O’Brien in December 2007. Trump said then he was worth more than $4 billion — “a very conservative number, in my opinion,” Trump offered.

Trump sued O’Brien for libel after the journalist wrote in his book, “TrumpNation: The Art of Being The Donald,” that Trump’s net worth was between $150 million and $250 million. The lawsuit was eventually dismissed.

During the 2007 deposition for the case, an attorney asked Trump if his “net worth goes up and down based upon your own feelings?” Trump said that it did.

Trump could clear up the confusion about his worth by releasing an audited assessment of his net worth. The president has so far declined to do so.

Al Shaw contributed to this report.