"Since the president won't stick up for this country, I will," John Oliver says 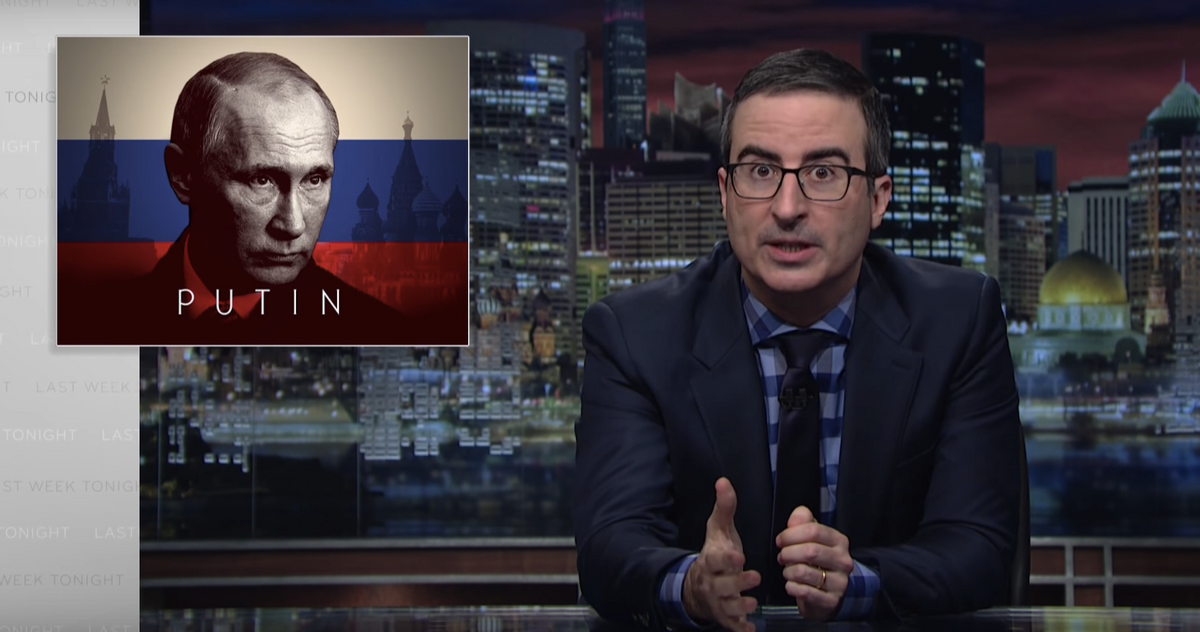 "Last Week Tonight" host John Oliver knows that President Donald Trump can bend the truth to fit some falsehoods, but he also noted Sunday that there's one truth Trump can't see: Russia, and its president, Vladimir Putin, are not exactly people you want to be trying to get too close to.

"It's a bit weird that you've been objectively nicer to Vladimir Putin than you have been to Meryl Streep," Oliver said.

Oliver skewered Trump for being willing to surrender a laundry list of things "against American interests and values" in exchange for "getting along better, or whatever the fuck that means."

But dealing with Vladimir Putin isn't easy, Oliver noted, as someone doesn't rise to power the way Putin has without having a strong grasp on authoritarianism. Oliver pointed to a number of Putin critics who died under mysterious circumstances.

Oliver also implied that Trump was out of his league when it came to dealing with Russia, showing a clip from Fox News' "The O'Reilly Factor" that effectively predicted what Putin was going to do to test Trump's reaction — and how Trump didn't react at all.

"He's using the tone of a dog owner failing to stop a spaniel peeing on a rug," Oliver said.

But, as Oliver noted, "Trump has already given Putin something massive, and he may not have realized it yet." He pointed to Trump's surrender of the moral high ground, when Trump told O'Reilly to "take a look at what we've done, too" after O'Reilly called Putin "a killer."

That echoed the official Moscow line, according to Oliver: "You're shit. We're shit. Everything's shit. Never try for a better word because it doesn't exist."

Trump actually got Oliver to do something we haven't seen him do in a long time: speak about the positive things the U.S. has going on for it. "Our elections have some flaws, but they're not rigged. Our human rights record is flawed, but it does not compare to Putin's Russia."

Oliver had one way he'd attempt to reach Trump about the dangers of trying to get too close to Putin: "Shitty techno music."