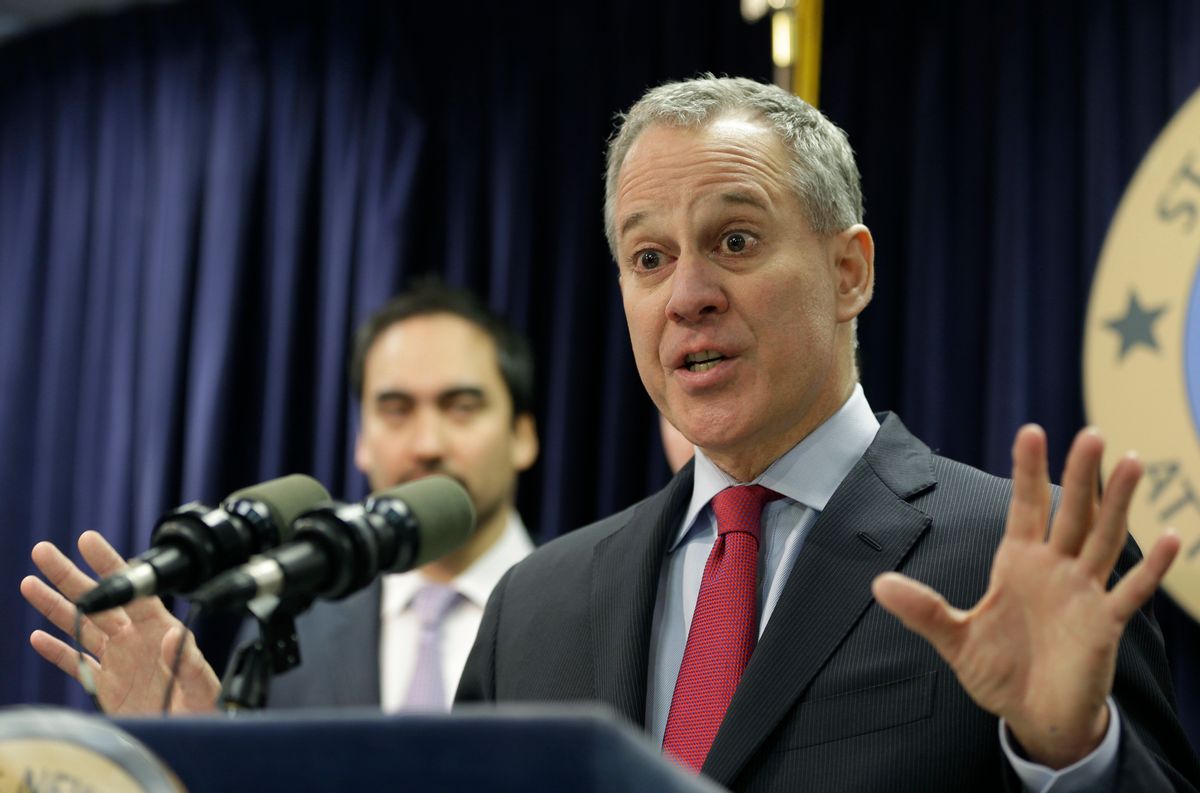 The 62-year-old Democrat may be positioned to challenge Trump's agenda in ways his Democratic allies in Washington cannot.

As the state's attorney general, he is backed by one of the nation's largest public law firms.

Schneiderman already has a yearslong clash with the new Republican president under his belt.

He previously sued Trump over the defunct Trump University. That case was settled.

More than most, Schneiderman understands the risks of taking on Trump.

He was a target of Trump's Twitter feed long before the president's campaign-trail assaults on Marco Rubio or Ted Cruz.