Tired of liberal professors dominating the education system, Iowa Republicans want to tip the scales in their favor 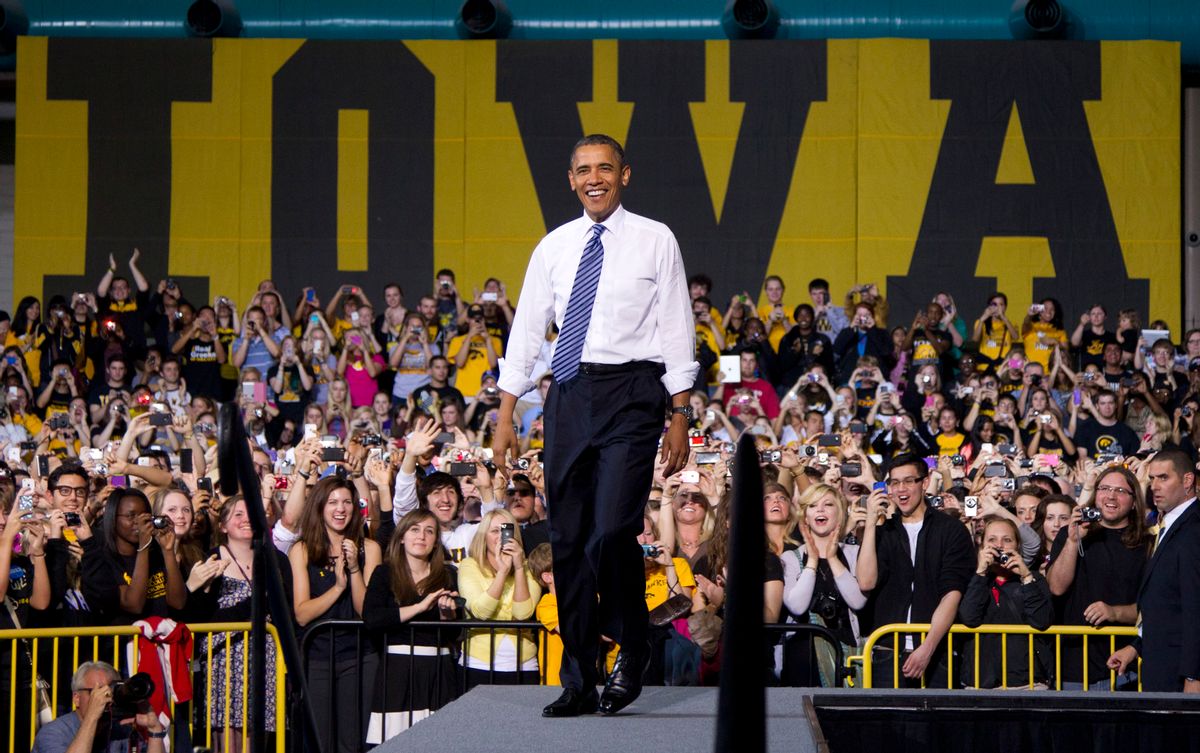 A Republican state senator in Iowa has proposed legislation that would impose an ideological litmus test on hires at state universities to bring "partisan balance" to higher education. Professors and others seeking employment at Iowa state universities would have their party affiliation disclosed on a job application.

Authored by Sen. Mark Chelgren, R-Ottumwa, the bill would prevent a university from hiring a person whose political party affiliation "on the date of hire" would cause "the percentage of faculty belonging to one political party exceed by 10 percent of the percentage of faculty belonging to the other political party."  Iowa's secretary of state would be required to provide voter registration lists to the colleges so that administrations could identify and tally the number of Democratic and Republican voters on staff. Those who do not identify with a party can avoid the litmus test.

"I'm under the understanding that right now they can hire people because of diversity," Chelgren said. "They want to have people of different thinking, different processes, different expertise. So this would fall right into category with that existing hiring practices are."

The Des Moines Register asked a spokesman for Iowa's Board of Regents if ideological diversity was an issue in its schools. The spokesman said that the board "expects the universities to hire the most qualified faculty to teach our students."

Iowa Democratic Rep. Mary Mascher, whose district represents Iowa City and the University of Iowa, does not believe such a law would be constitutional.

"We do have a Constitution and it's there for a reason, and it's to try to protect equality and to make sure that we don't judge people on the basis of their race or religion, their creed, their political beliefs," Mascher said. "We never ask that question when someone's hired....And I think that would be clearly discriminatory.