Deeper and darker: Trump's unknown financial connections to Russia may hold the key to the widening scandal

Deeper and deeper: Congress wakes up as Trump's ties to Russia look more tangled and troubling than ever 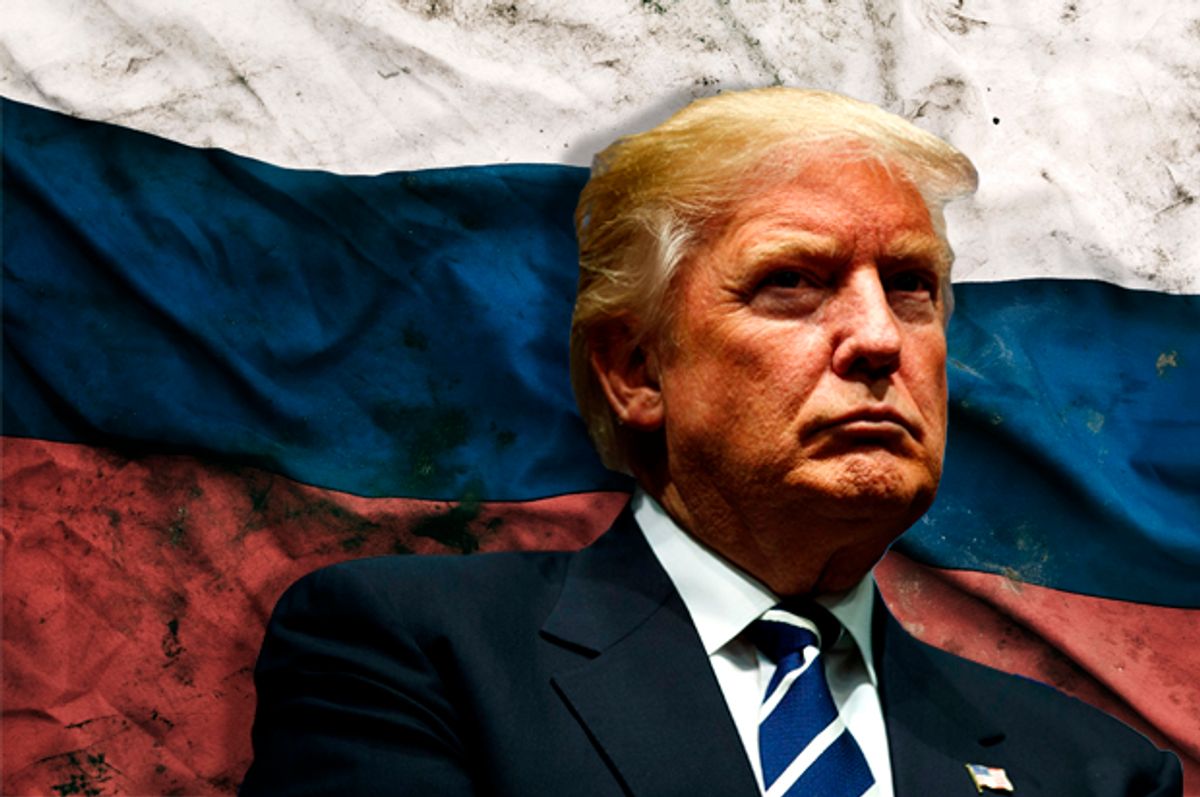 There's a joke going around about President Donald Trump's former national security adviser, Michael Flynn, to the effect that he has the dubious distinction of having been fired by both Democratic and Republican administrations. But that's not really very funny when you consider that he was fired by one for his erratic behavior and from the other because he was implicated in a scandal concerning possible connections to the Russian government.

Something has gone very wrong with our system that such a person could come so close to high levels of power in two administrations. But Flynn did. His short tenure and the circumstances of his departure have brought all the questions about Russian involvement in the campaign to the White House's doorstep, where they cannot be ignored any longer.

I always had tended to believe that Trump probably didn't really have any personal relationship with Vladimir Putin. Trump is such a serial exaggerator that his allusions to one struck me as hype. His great pleasure in being stroked with Putin's compliments indicated that Trump didn't actually know him. It's also obvious that he truly admires Putin's strongman leadership style and that's disturbing enough.

Still, there has been the nagging sense for some time that there's something off about the way Trump speaks about Putin. It's obsequious and submissive, which is very uncharacteristic of his normal style and one cannot help but wonder why that is. Trump is not servile toward anyone in this world — except Vladimir Putin.  It would be one thing if we could chalk it up as another one of Trump's weird psychological tics and hope that he isn't so subject to flattery that he decides to help the Russian leader carve up Europe just to keep his approval. But it seems there's more to it than that.

The Russian story has been bubbling under the surface for months, of course. The hiring of Paul Manafort, best known in recent years for his career as a lobbyist for pro-Russian Ukraine politicians — and a stranger to American politics since the 1980s — has seemed odd. Still, there has been no reason for serious suspicion since Manafort had once been partners with Trump's good friend Roger Stone and had lived in Trump Tower at one time. Anyway, the world of political consultants is very small. So no big deal.

When the word came down that the Democratic National Committee had determined it had been hacked by what its security firm said were foreign actors associated with the Russian government, I don't think anyone saw an immediate connection. But then came that weird incident at the Republican National Convention in July, when Trump representatives intervened to soften the GOP's official policy on Ukraine. Again, by itself this would not be a huge deal. But when combined with Trump's strangely passive attitude toward Putin and the hiring of a man who had spent years working in politics in the region, people started to wonder.

It was only a few days later that Trump made his shocking public invitation to the Russian government to "find" Hillary Clinton's personal emails and deliver them to the media. He suggested afterward that he had only been joking. Maybe so.

Since that time suspicions have only grown. The U.S. government verified that the Russians had hacked the files of various people and institutions in the presidential campaign, the WikiLeaks dumps happened and we have learned that the FBI had been investigating possible connections between the Trump campaign and the Russian government since last spring.

Members of the mainstream media finally revealed that, except for Mother Jones, they had been sitting on an explosive dossier compiled by a credible opposition researcher with deep ties to Russia that suggested members of the Trump campaign, including his handpicked national security adviser, were in touch with Russian officials and that the Russians had some compromising material (or kompromat) on Trump himself. The infamous details of the kompromat have not been verified but other elements of the dossier appear to have some basis in truth.

Since Flynn was prompted to resign due to an inappropriate conversation with the Russian ambassador related to sanctions, one can no longer avoid asking whether Trump was personally involved. After all, those sanctions that Flynn apparently assured the ambassador would be revisited after Trump took office were imposed precisely because Russia had apparently interfered in the election on Trump's behalf.

So here we are, with members of the GOP-led Congress finally rousing themselves to open a serious investigation. They sent around a memo telling the White House to keep all records pertaining to Russia, which is a start. Over the weekend, a startling new report appeared in The New York Times:

A week before Michael T. Flynn resigned as national security adviser, a sealed proposal was hand-delivered to his office, outlining a way for President Trump to lift sanctions against Russia. Mr. Flynn is gone, having been caught lying about his own discussion of sanctions with the Russian ambassador. But the proposal, a peace plan for Ukraine and Russia, remains, along with those pushing it: Michael D. Cohen, the president’s personal lawyer, who delivered the document; Felix H. Sater, a business associate who helped Mr. Trump scout deals in Russia; and a Ukrainian lawmaker trying to rise in a political opposition movement shaped in part by Mr. Trump’s former campaign manager Paul Manafort.

This report was  characterized by Michael Weiss, senior editor of the Daily Beast, this way:

Both Manafort and Cohen were among those said to be under investigation by the government. The Trump business associate, Felix Sater, is the Russian-born "mobster" (and convicted felon) who has apparently also been a CIA and FBI informant for years. As Josh Marshall laid out in a Talking Points Memo piece, Sater's story is bizarre and incredible — but no more so than the fact that the president of the United States has been financially connected with him for years.

We don't have enough information to come to any conclusions about any of this yet. As Vox's Matt Yglesias pointed out, however, there is a long list of questions that must be addressed. This growing scandal makes more clear than ever how unacceptable it is that we have a president who won't properly divest himself of his business dealings around the world and refuses to even reveal what they are. It's untenable. Trump cannot govern under these circumstances.