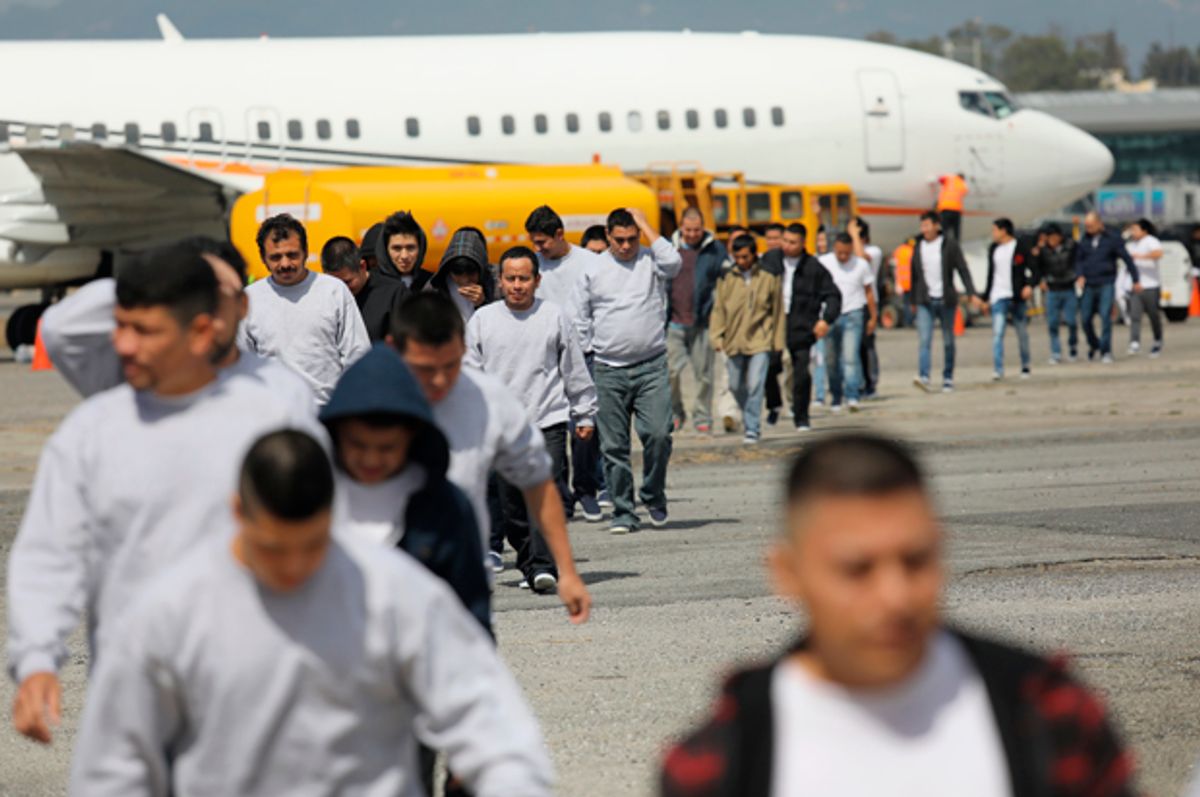 Donald Trump’s immigration crackdown is coming. One of the first things Trump did as president was to sign a series of executive orders on immigration policy, and while the Muslim ban and the border wall got most of the attention, his order on immigration law enforcement will have the biggest impact on immigrants already living in the U.S. The Department of Homeland Security just released a series of memos laying out how it plans to implement the Trump administration’s aggressive strategy for mass deportation of undocumented immigrants.

Despite the president’s insistence that “criminals” will be the focus of his deportation policy, both his executive order and the Homeland Security memoranda make clear that pretty much any undocumented immigrant detained by authorities will be subject to removal from the country. The Department of Homeland Security states that undocumented immigrants who have “committed acts which constitute a chargeable criminal offense” will be prioritized. As The New York Times wrote in January, this is an expansive designation that encompasses “anyone the authorities believe has broken any type of law — regardless of whether that person has been charged with a crime.”

The department's guidance also states that undocumented immigrants who "pose a risk to public safety or national security” in the judgment of an immigration officer should be prioritized for removal. That nebulous phrasing puts immense power in the hands of individual immigration enforcement agents to determine who is kicked out of the country.

Above all, the memos indicate that the policy of the Trump administration will be to remove as many undocumented immigrants as it can in the shortest amount of time allowable. The criteria for expedited removal has been expanded so that any undocumented immigrant who can’t prove he or she has been in the country for more than two years can be deported without being able to make a case before a judge. Under the new guidelines, undocumented immigrants who crossed the southern border and are waiting to appear before an immigration judge can now be pre-emptively deported to Mexico, where they will hypothetically have access to “a functional, interoperable video teleconference system” to complete their deportation proceedings.

The administration is also seeking a dramatic expansion in the number of law enforcement officials who can enforce immigration laws. There was a bit of a dustup last week when the Associated Press reported that the administration was considering a plan to deputize National Guard members as immigration enforcement officials. Thankfully, that plan appears to have been scrapped, but the White House is still moving forward with an aggressive expansion of a program that grants state law enforcement agencies the authority to investigate, arrest and detain undocumented immigrants.

Section 287(g) of the Immigration and Nationality Act lets the federal government sign agreements with state and local governments that empower their police forces to serve as immigration officers. The new Homeland Security memos direct the border patrol and Immigration and Customs Enforcement to “engage immediately with all willing and qualified law enforcement jurisdictions that meet all program requirements for the purpose of entering into” such agreements.

Those agreements with state and local police were used extensively during the George W. Bush administration, but the Obama White House drastically curtailed them amid growing concerns about racial profiling by local law enforcement agencies. Civil liberties groups are harsh critics of 287(g) agreements: A February 2009 policy review by the North Carolina chapter of the American Civil Liberties Union and the University of North Carolina argued that the statute “encourages, or at the very least tolerates, racial profiling and baseless stereotyping, resulting in the harassment of local residents and the isolation of an increasingly marginalized community.”

Those complaints have merit: Joe Arpaio, the bombastically anti-immigrant former sheriff of Arizona's Maricopa County, had his 287(g) agreement terminated in 2011 after the Justice Department concluded that his department had engaged in racial profiling and other discriminatory police conduct.

Let’s face it: That sort of discrimination will not face any real pushback from Trump's Department of Justice under infamously anti-immigrant Attorney General Jeff Sessions. The whole attitude of the Trump administration is to give law enforcement every benefit of the doubt and to dismiss issues of systemic discrimination as the actions of rogue officers and bad apples. The message being sent by this administration is that law enforcement will be massively empowered to pursue undocumented immigrants, and that federal oversight will be scaled back. Conditions for abuse under this scenario are ripe.