WATCH: Seth Meyers realizes that all President Trump wants is a friend

A retired admiral turned down a job offer from Trump and Sweden is pissed, so Meyers looks at why he's friendless 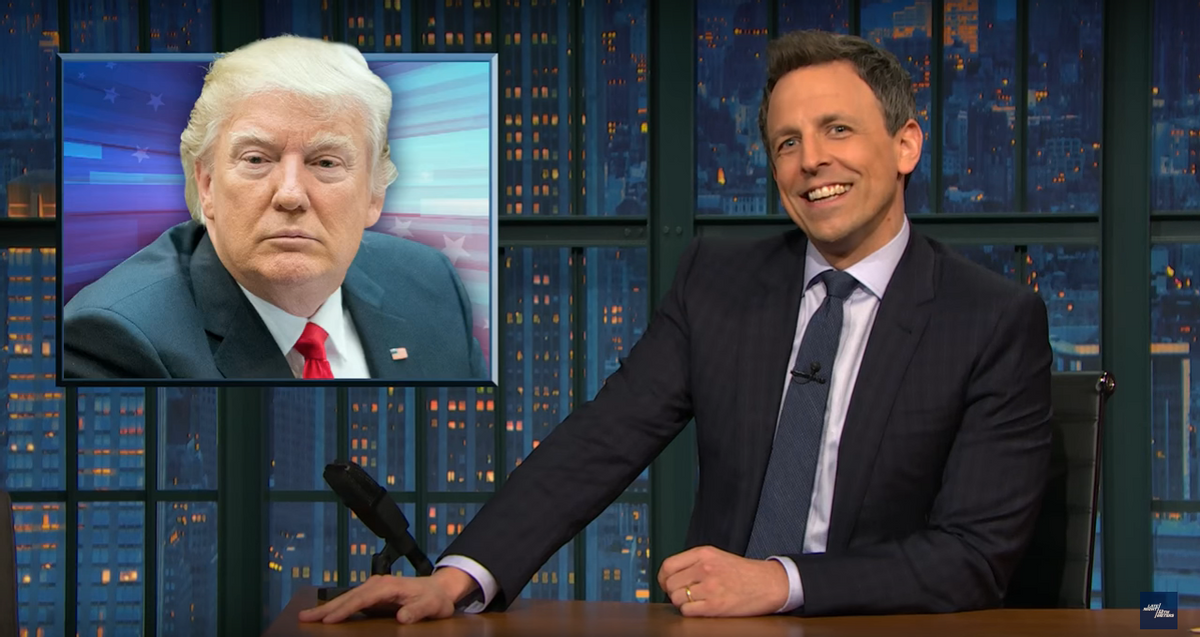 For Seth Meyers, host of NBC's "Late Night,"  Vice Adm. Robert Harward and Sweden have a lot in common. They both watched President Donald Trump talk policy and they realized they cannot work with him.

On Presidents Day, Meyers was not afraid to take shots at the sitting president Monday night. Trump himself had a difficult holiday weekend, as his top pick to replace Gen. Mike Flynn for national security adviser refused his job offer. According to CNN's Jake Tapper, a friend of Harward, he was "reluctant to take the NSA job" because the White House "seems so chaotic."

Meyers could hardly blame the guy. He tried to imagine what it would be like to brief Trump on foreign affairs.

"Mr. President, Iran is increasing stock piles of Uranium," Meyers said, imitating a member of the national security council. "Slow down. Slow down," Meyers predicted Trump would say. "What is Iran?"

The Trump administration asked Harward a second time to reconsider the national security adviser role he had turned down, but after watching one of the president's press conferences, he reportedly said no again because Trump underperformed his expectations.

Sweden is in the same boat apparently. After Trump implied at a rally in Florida that Sweden had experienced a terror incident recently, which he thought confirmed the country struggles with its immigrant population, the Swedish government requested immediate clarification. The Swedish media and Swedes on social media made jokes at the president's expense. This was an unnerving development for Meyers.

"That's how bad things have gotten under Trump. We are getting roasted by Swedes now."

At that same campaign event in Florida, Trump said he held the event so he could be among his friends. He apparently found one that night, when he invited a fan in the crowd to join him on the stage.

"All Trump wants is a friend," Meyers said.