Will blazing a low-carbon path pay off for California? 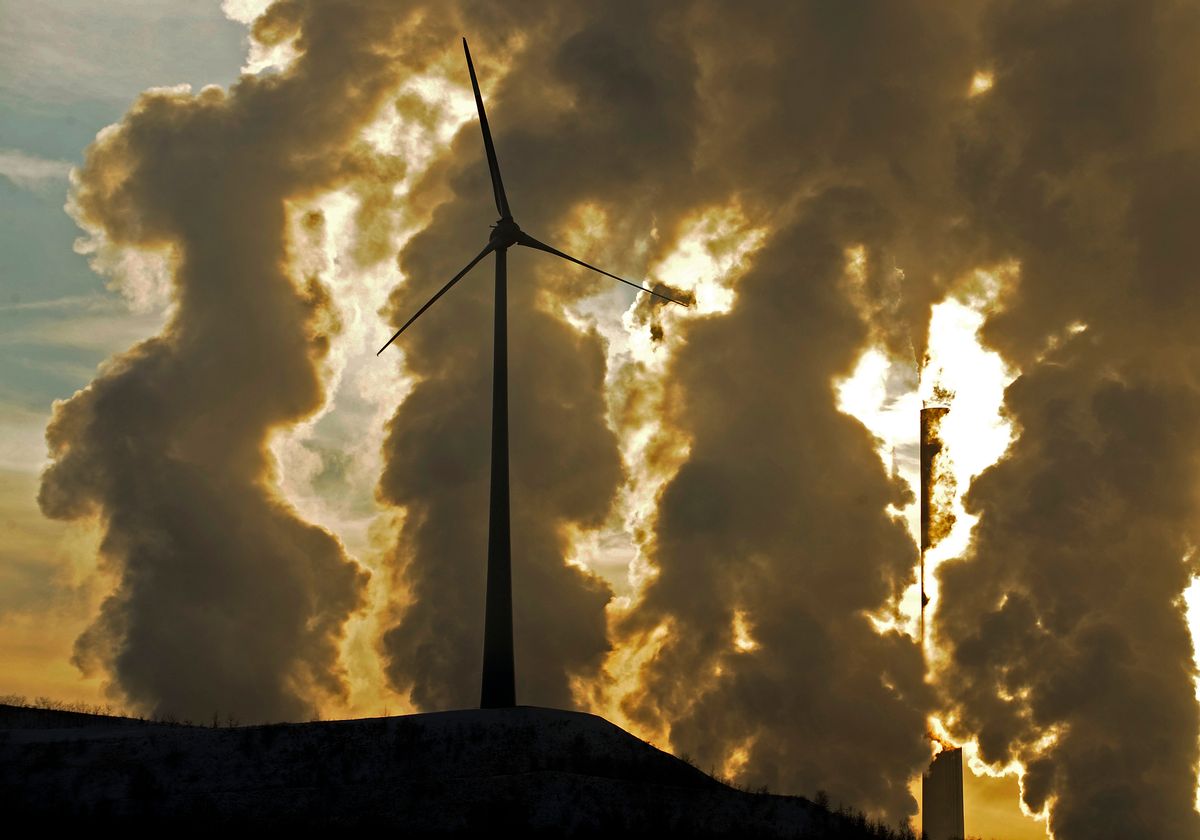 FILE - In this Dec. 6, 2010 file photo a wind turbine is pictured in the in front of a steaming coal power plant in Gelsenkirchen, Germany. The U.N.s expert panel on climate change is preparing a new report this weekend outlining the cuts in greenhouse gases, mainly CO2 from the burning of fossil fuels, required in coming decades to keep global warming in check.() (AP Photo/Martin Meissner, File)
--

President Trump has made it clear he intends to dismantle the Obama administration’s policies for reducing U.S. greenhouse gas emissions. But California Governor Jerry Brown has declared that his state – which would be the sixth-largest economy in the world if it was an independent nation – will not waver from its decade-long push to fight climate change.

For decades economists assumed that greenhouse gas emissions increase as the economy grows. By contrast, California’s climate strategy assumes that it is possible – and even profitable – to decouple economic growth from carbon emissions.

Economic consultants have earned large fees forecasting the consequences of California’s low-carbon policies. Some argue this path will produce a “green jobs” boom, while others predict it will raise the costs of doing business, reducing employment and economic output. The Wall Street Journal predicts that Texas will benefit from California’s efforts as households and jobs move to less-regulated areas.

As an economist who focuses on the environment and lives in California, I am proud that my state is stepping up to be a “green guinea pig.” Regulations always impose costs, and it is hard to assess their economic impact under messy real-world conditions. Nonetheless, I expect California’s continued commitment to accelerating technological progress and experimentation will benefit it and the entire world.

Why California is claiming climate leadership

California’s approach to climate change reflects the state’s progressive political tilt, high per capita income, and already low carbon footprint. Its electricity is produced from natural gas, renewable fuels and nuclear power, although California drivers burn a lot of gasoline. And Californians use less energy per capita than almost all other states, although there is debate about whether this is due to regulations or factors beyond the state’s control, such as its relatively temperate climate.

In 2006 then-Governor Arnold Schwarzenegger signed AB 32, which called for the state to reduce its greenhouse gas (GHG) emissions to 1990 levels by 2020, about 15 percent below a business-as-usual path. A decade later Jerry Brown signed SB 32, which requires the state to cut GHG emission 40 percent below 1990 levels by 2030. State agencies are implementing regulations to reduce GHG emissions from transportation, agriculture, industry, homes and electric power generation.

Many advocates argue that California’s economic expansion over the past decade shows that low-carbon policies do not have to be a drag on the economy. Some go farther, asserting that they have actually created jobs. But it is hard to prove these claims, especially in such a unique state.

When economists confront questions like this, we try to isolate a cause so we can study its effect. But many changes are always occurring in California’s enormous economy at the same time.

Notably, over the past decade the state suffered a deep recession, followed by a statewide housing boom and enormous economic growth in Silicon Valley. Unemployment ranged as low as 4.9 percent and as high as 12.2 percent. From now through 2022 the state minimum wage is scheduled to rise from US$10 per hour to $15 per hour.

To estimate the impacts of carbon regulations, we need to know what would have happened in their absence. How profitable would California businesses be? How much would energy cost? How would household disposable income change?

If California had a twin state that did not adopt low-carbon regulations, then we could compare them and infer what California’s experience would have been. But California’s economy is unique, and not just because of its enormous size. It has relatively few energy-intensive manufacturing jobs: In 2015 only 8 percent were in the manufacturing sector, compared to 13 percent in Ohio and more than 16 percent in Wisconsin. That is partly due to California’s high land and energy prices, strong unions and stringent environmental regulations, all of which date back well before 2006.

Debate over the economic impact of California’s carbon regulations has been fierce. Since the regulations are complex, are just being phased in now and there is no proper control group, we cannot analyze them with standard econometric methods for program evaluation. Instead, both sides have resorted to complex computable general equilibrium (CGE) models.

These models feature detailed mathematical equations and precise predictions out to 2050 that look scientific, but many assumptions baked into them may be highly inaccurate. Imagine trying back in 1970 to predict what Silicon Valley’s key industries would be in 2017. What model would have predicted the rise of Google or Facebook? California’s economy is too dynamic to make such forecasts using CGE strategies.

We can make some judgments based on experience. For example, optimists argue that California’s carbon regulations will produce a manufacturing renaissance in the state. But mass production rarely takes place in the same locations where ideas are generated. Entrepreneurs like Elon Musk are happy to use California incentives to produce and sell Teslas and other low-carbon products, but Musk has already chosen Nevada as the location for his major battery factory. (Nevada offered huge subsidies to win the factory, and probably overpaid.)

How economists can contribute

Still, economists can help California leaders make informed decisions about whether policies work. Some are playing key roles in designing the state’s nascent carbon pollution market, which will help California reach its goals at a lower cost than by simply relying on command-and-control regulations.

Microeconomists are analyzing the impacts of new state regulations using information from the “Big Data” revolution. Data from smart electricity meters and vehicle smog tests are making it possible to track real-time household and industry consumption of electricity and gasoline. With this kind of information we can monitor how firms and households are adapting to the new regulatory environment.

It is also important to consider climate equity. Some of California’s low-carbon policies, such as renewable electricity generation targets, are likely to drive up energy prices. Residents of hotter, low-density inland areas like the Central Valley, with less access to mass transit and more need for air conditioning, will be more heavily impacted than coast dwellers who live “New Urbanist” lifestyles. Economists can help state leaders tailor policies to ensure that low-income and working-class Californians share the benefits of a low-carbon economy and do not pay a disproportionate share of the costs.

My assessment is that low-carbon policies are not likely to generate huge numbers of additional jobs in California that would not have happened otherwise. Conversely, however, California’s strong economic growth in recent years suggests that taking ambitious steps to slow climate change is not likely to seriously harm its economy. (Sorry, Texas.)

And the rest of the world can benefit by watching California’s experiment and cherry-picking approaches that prove to be cost-effective. With the federal government slamming the brakes on climate action, it is valuable to have California moving full speed ahead.