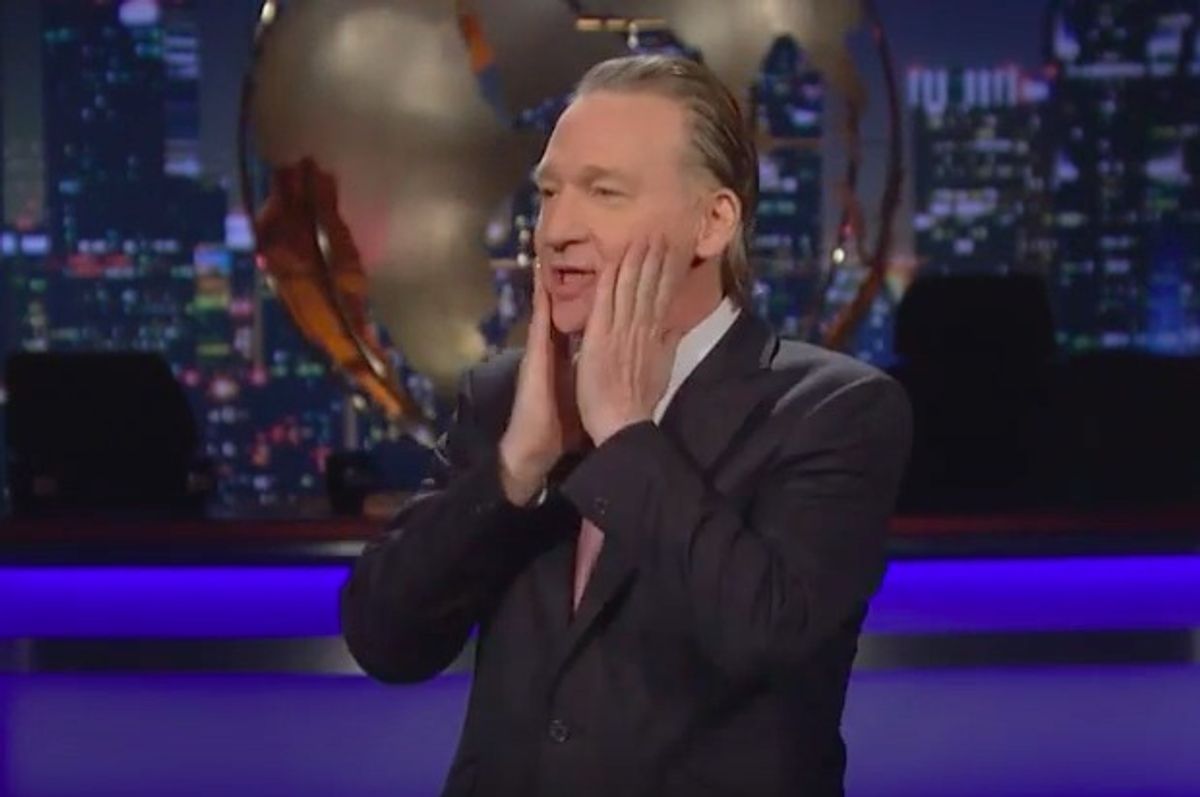 Bill Maher had conservative firebrand Milo Yiannopoulos on his HBO show, "Real Time with Bill Maher," Friday night. The appearance didn't go well. While Yiannopoulos was able to brush aside Maher's questions, he came out looking like an amateur when faced with questioning from the panel, including an epic back-and-forth with Larry Wilmore.

But after a weekend that saw Yiannopoulos reach his highest peak — following the "Real Time" interview, he was named keynote speaker at this week's Conservative Political Action Conference (CPAC) — everything came crashing down. Milo lost his speech slot and his lucrative book deal with Simon and Schuster after public outcry over videos that surfaced of him seemingly defending pedophilia and pederasty. Then he stepped down from his job at Breitbart.

According to Maher, none of that would have happened were it not for him.

Here's what Maher had to say to the New York Times about his role in Milo's fall from grace:

What I think people saw was an emotionally needy Ann Coulter wannabe, trying to make a buck off of the left’s propensity for outrage. And by the end of the weekend, by dinnertime Monday, he’s dropped as a speaker at CPAC. Then he’s dropped by Breitbart, and his book deal falls through. As I say, sunlight is the best disinfectant. You’re welcome.

Maher added that, after bringing on Yiannopoulos, Tomi Lahren and Piers Morgan this season, he's going to continue bringing in conservatives who are likely to rile up the crowd.

I like people who push the limits. I like people who are not afraid to take the slings and arrows, because they’re going to explore what’s on the edge. Now, is this guy over the edge? Yes. I mean, he’s a little cuckoo. But I would rather err on that side than on the side where everybody else is.