Oscars 2017: How to piss off Trump and influence people

Will winners use their Oscar acceptance speech to the great political ends? 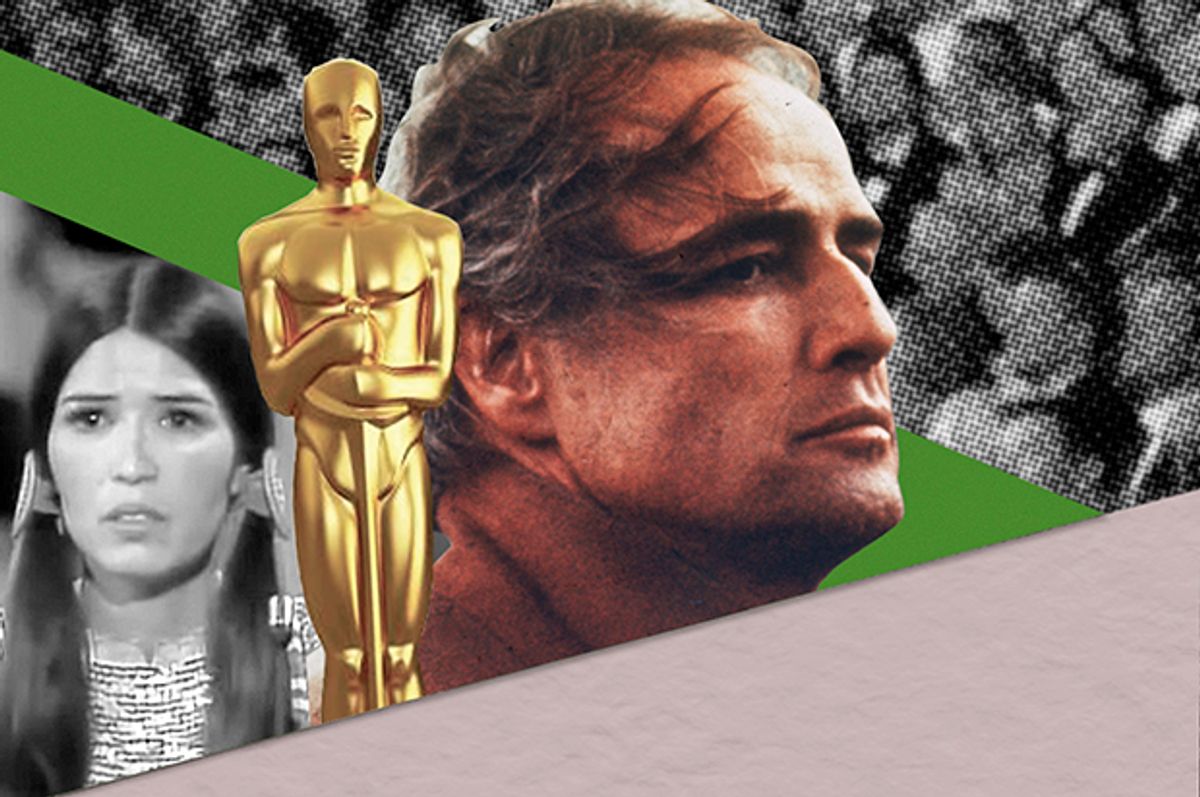 At next Sunday’s Academy Awards ceremony, a few winners will be going onstage with a lot to say in a short amount of time. This is, of course, always the case; the context is just different this year, when some winners will have the opportunity — or the burden — to acknowledge the great orange elephant in the room.

The challenge for awardees wishing to make an effective political statement is that last year the show’s producers began asking winners to limit their acceptance speeches to 45 seconds, with instruction to cut down on “thank yous.”

Not everyone complied — with the time limit or the cutting of “thank-yous.” But perhaps this year, those wishing to say something political will avoid “thank-yous” to be more efficient. In 45 seconds, a person can speak about 100 words; to spend 30 of them thanking the family, friends, management, God, cast, crew, director and Oprah leaves enough time for a political message that is the length of this paragraph.

Of course, if you are Hollywood royalty or have won one of the night’s big awards, you don’t have to worry about getting played off the stage. McConaughey’s 2014 speech, the longest in televised Oscars history, was 549 words. That’s only .04 percent of “In Search of Lost Time,” but it’s probably sufficient space to thoughtfully air a few grievances. For reference, Meryl Streep’s Golden Globes speech last month was 669 words; in it, she said, “thank you” six times, talked about how sickened she was by the president’s behavior and stressed the importance of Hollywood, foreigners and the press.

Streep caught the president’s attention with her speech and was quickly deemed “one of the most overrated actresses in Hollywood.” But an Oscar winner probably need not craft such a long and thoughtful speech to achieve the same ends. With live television generally, and awards shows in particular, viewers tend to remember moments: Cuba Gooding Jr. gleefully screaming, “I love you!” and then jumping in the air when he won the best supporting actor honor in 1997. Halle Berry sobbing when she considered what her 2002 best actress award meant for women of color. Kanye West interrupting Taylor Swift to say, “I’mma let you finish, but Beyoncé had one of the best videos of all time.” Marlon Brando protesting Hollywood’s treatment of Native Americans by sending Sacheen Littlefeather to reject his best actor award in 1973.

By contrast, who can recall what Leonardo DiCaprio said about climate change last year in his very eloquent two-and-a-half-minute best actor award acceptance?

Besides being memorable, politically minded winners will need to consider their ultimate objective. Is it to simply communicate opposition to the world? Upset the president? Get the president’s ear? Or influence viewers?

Achieving the first objective would be fairly straightforward, the second fairly easy and the third fairly futile (see Trump’s response to the “Hamilton” cast’s respectful plea to the vice president). The fourth objective, meanwhile, is both achievable and could yield significant returns. While it may be a case of correlation without causation, when John Oliver urged viewers in the wake of the recent election to donate to important causes, organizers for several of the ones named reported large spikes in donations.

Despite last year’s ceremony being a down year for Oscars viewership, 37.3 million people were estimated to have tuned in — about seven times more people than the average “Last Week Tonight” audience. Many of those viewers lean left in their politics and could be persuaded to get out their checkbooks or their protest signs. All it takes is an inspiring performance.