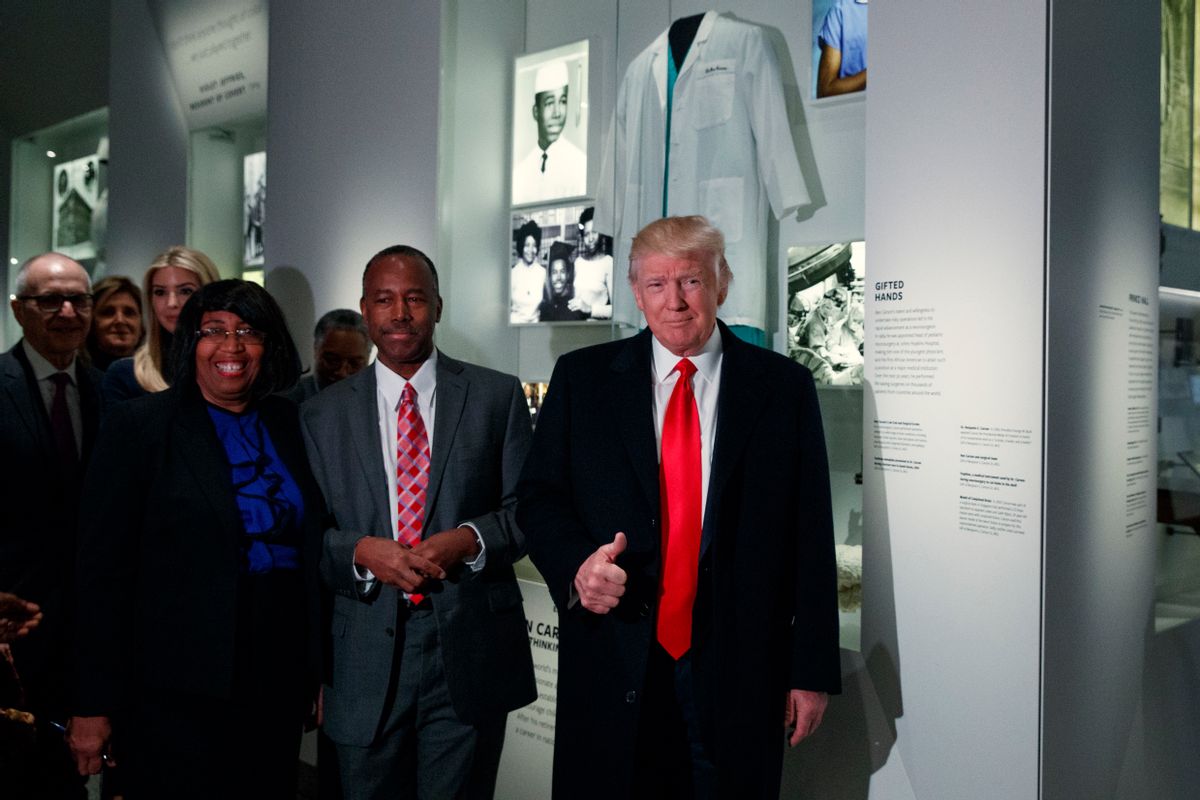 President Donald Trump gives a thumbs up during a tour of the National Museum of African American History and Culture with Housing and Urban Development Secretary-designate Dr. Ben Carson and his wife Candy Carson, Tuesday, Feb. 21, 2017, in Washington. (AP Photo/Evan Vucci) (AP)
--

President Donald Trump visited the National Museum of African American History and Culture on Tuesday, where he saw first-hand the trials and tribulations the black community has faced in the United States. Trump received a tour of the museum, which he said was "a meaningful reminder of why we have to fight bigotry, intolerance and hatred in all of its ugly forms."

In a speech after the tour, Trump pledged to do whatever it takes to ensure freedom for African Americans.

"Today and every day of my presidency, I pledge to do everything I can to continue that promise of freedom for African Americans, and every American," he said. "Northing is more important."

During his presidential campaign, Trump consistently said that he would perform well with the black vote. He promised fix the urban blight that was eroding the black community. On Election Day, however, Trump only received 8 percent of the black vote.

His trip to the African American museum on Tuesday was an attempt to reach out to the black community.

Alveda King, the niece of Martin Luther King Jr. and a former U.S. representative, accompanied Trump on the tour. She told the Atlanta Journal-Constitution that there were two distinct moments that demonstrated Trump's disgust of slavery.

One part of the tour displays an auction block that slaves would stand on before being sold. King overheard Trump say, "Boy, that is just not good. That is not good."

Another part of the tour features a set of shackles that were used to restrain children.