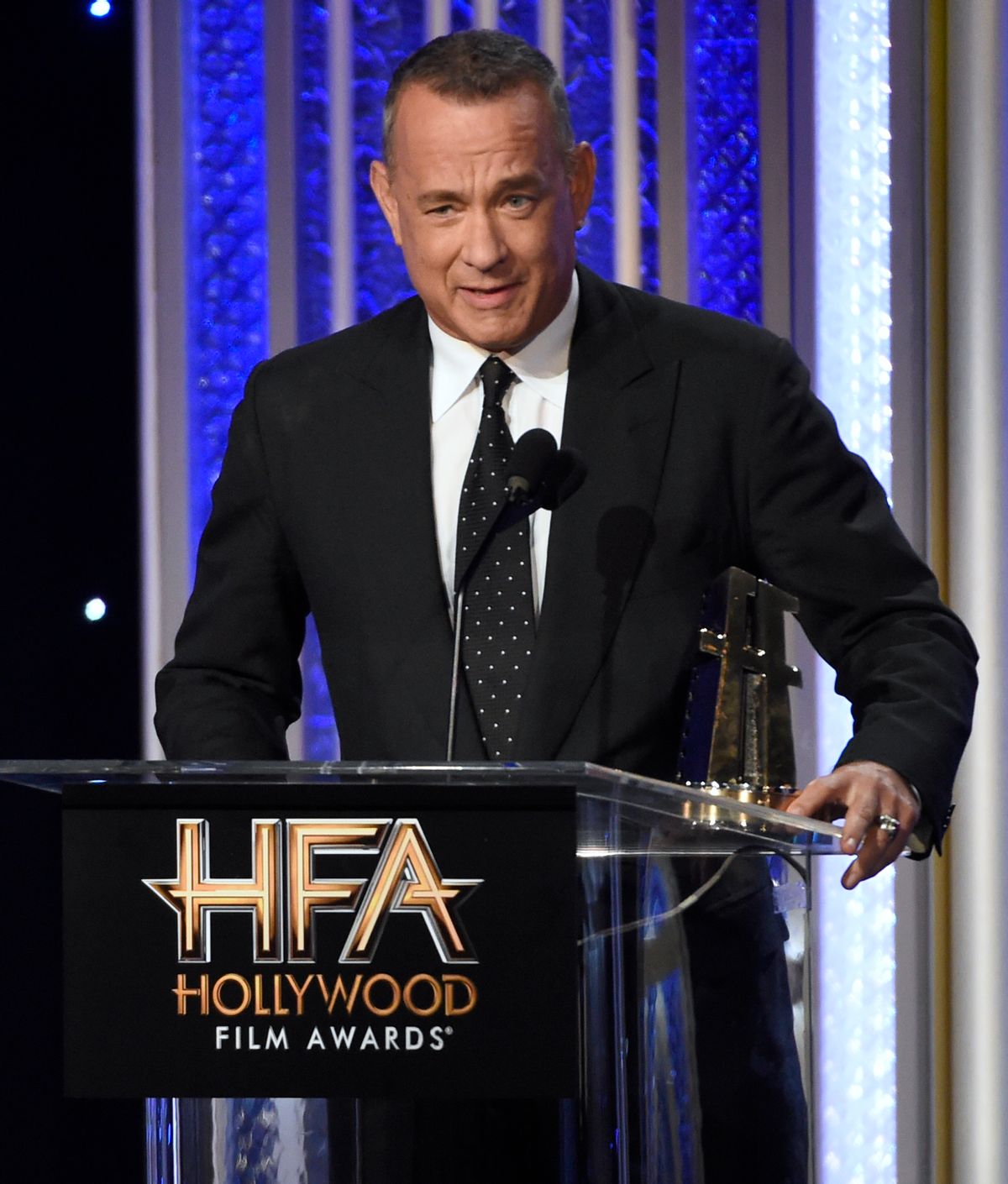 Tom Hanks is a veritable renaissance man. From starring on the big screen and Broadway, to co-directing the HBO miniseries "From the Earth to the Moon," to being "Saturday Night Live" favorite David S. Pumpkins, Hanks has been a mainstay in popular culture. So it shouldn't be a surprise that bookstore magnate  Joe Fox in 1998's "You've Got Mail" is making a foray into print.

Hanks' first book, "Uncommon Type: Some Stories" is made up of 17 different works of short fiction. All of those short stories were inspired by one of Hanks' lesser-known hobbies: typewriters. Hanks, a typewriter enthusiast, has been collecting them since 1978. He owns over 50 of the machines — and still uses them. In 2014, he created an iPad app — The Hanx Writer — that simulates the experience of typing on one.

The anthology, which has been in the works for two years, will feature stories revolving around “an immigrant arriving in New York City after his family and life have been torn apart by his country’s civil war; a man who bowls a perfect game (and then another, and another), becoming ESPN’s newest celebrity; an eccentric billionaire and his faithful executive assistant on the hunt for something larger in America; and the junket life of an actor," according to Knopf publishing, which is releasing the book on Oct. 24.

Hanks said he found time to write the book while filming around the world. "In the two years of working on the stories, I made movies in New York, Berlin, Budapest and Atlanta, and wrote in all of them," Hanks said, according to LAist. "I wrote in hotels during press tours. I wrote on vacation. I wrote on planes, at home, and in the office. When I could actually make a schedule, and keep to it, I wrote in the mornings from 9 to 1."

Hanks previously published one short story, a fictional account of a moon landing called "Alan Bean Plus Four," in The New Yorker in 2014.