WATCH: Seth Meyers makes a trailer for a film destined to win an Oscar 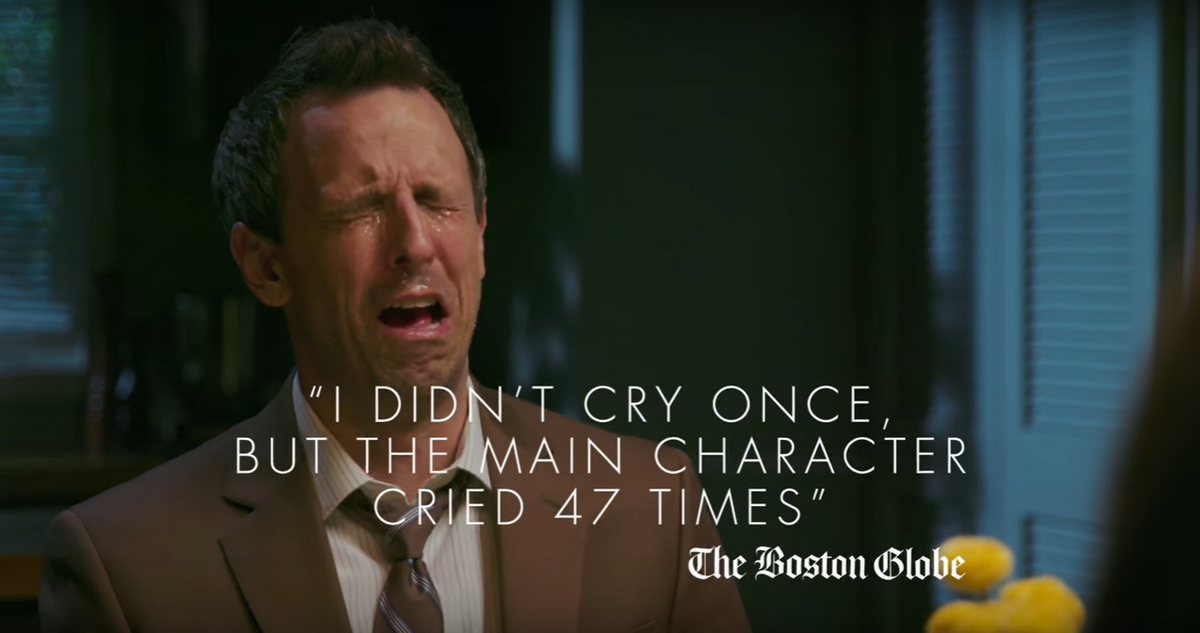 Some say there is a formula to ensure a movie is worthy of consideration for the Oscars' best picture. There are certain elements of a story  — redemption or racial tension — that always win over the Academy of Motion Picture Arts and Sciences. So the crew from "Late Night with Seth Meyers" set out to make a trailer for a film that would encompass every Oscar cliché in cinematography.

The fake movie, conspicuously titled "Oscar Bait," checks off all the boxes and features host Seth Meyers in scenes that could be in any good drama. The narrator of the trailer alerts the audience right away that this movie means business. He describes it as "a film not afraid to pander to your emotions, a film shamelessly timed for award season."

The trailer also provides quotes from fake movie reviews to help boost its cachet — while getting in a dig at a major film from recent Oscars history.

According to the "Late Night" staff, the Los Angeles Times imaginatively called the film "the most blatant attempt to win an Oscar since 'The King's Speech.'"

Meyers, who will perhaps never win an Oscar for best actor, had the chance to appear in all the pretentious shots a typical Hollywood actor would: He grazes his hand on wheat, grimly watches a train pass, grabs a bedsheet to indicate an orgasm, twirls a child, glides across the room, plays solitaire in the dark — and lost.

"Oscar Bait," according to the narrator, "is the film everybody is going to tell you to see, but you just won't get around to it."