The legislation would define a protest as a riot if property damage occurs, allowing police to arrest organizers 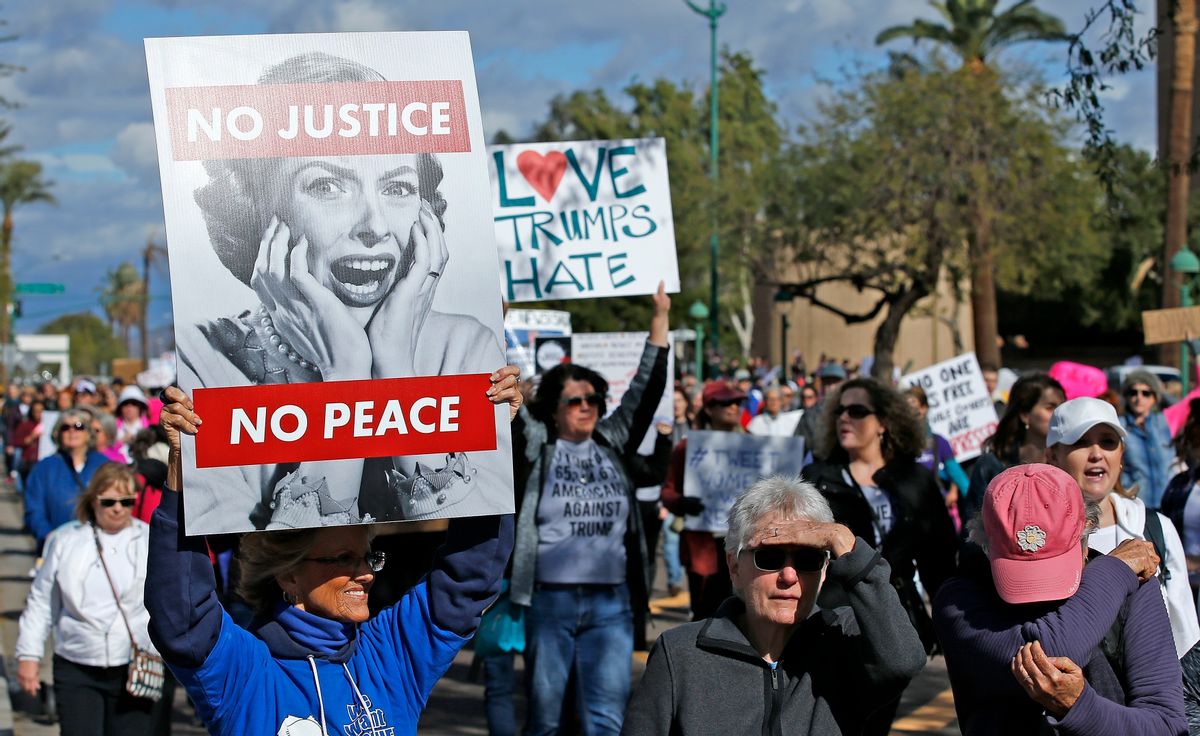 An Arizona Republican state senator has introduced legislation that could give the police the authority to arrest anyone involved in a peaceful demonstration. The bill would expand the state's law on organized crime to include rioting, which the bill defines as any conduct that causes property damage.

By including rioting under the racketeering laws, it also enables the police to arrest those who attended the event, even if they themselves did not commit any crime.

Critics, including the state's Democrats, say the legislation is intended to silence the massive protest movement forming on the left.

But Sen. Sylvia Allen, R-Snowflake, told the Arizona Capital Times that the law was needed.

"I have been heartsick with what's been going on in our country, what young people are being encouraged to do," Allen said.

Her colleague, Sen. John Kavangh, R-Fountain Hills, said the law change was necessary because the protests were professionally funded — a rumor President Donald Trump has cited himself.

"You now have a situation where you have full-time, almost professional agent-provocateurs that attempt to create public disorder," Kavanagh said. "A lot of them are ideologues, some of them are anarchists. But this stuff is all planned."