Can we finally ditch the white working-class myth? Obama-to-Trump voters weren't the problem

More white Obama voters switched to third-party candidates than voted for Trump, yet the media won't let it go 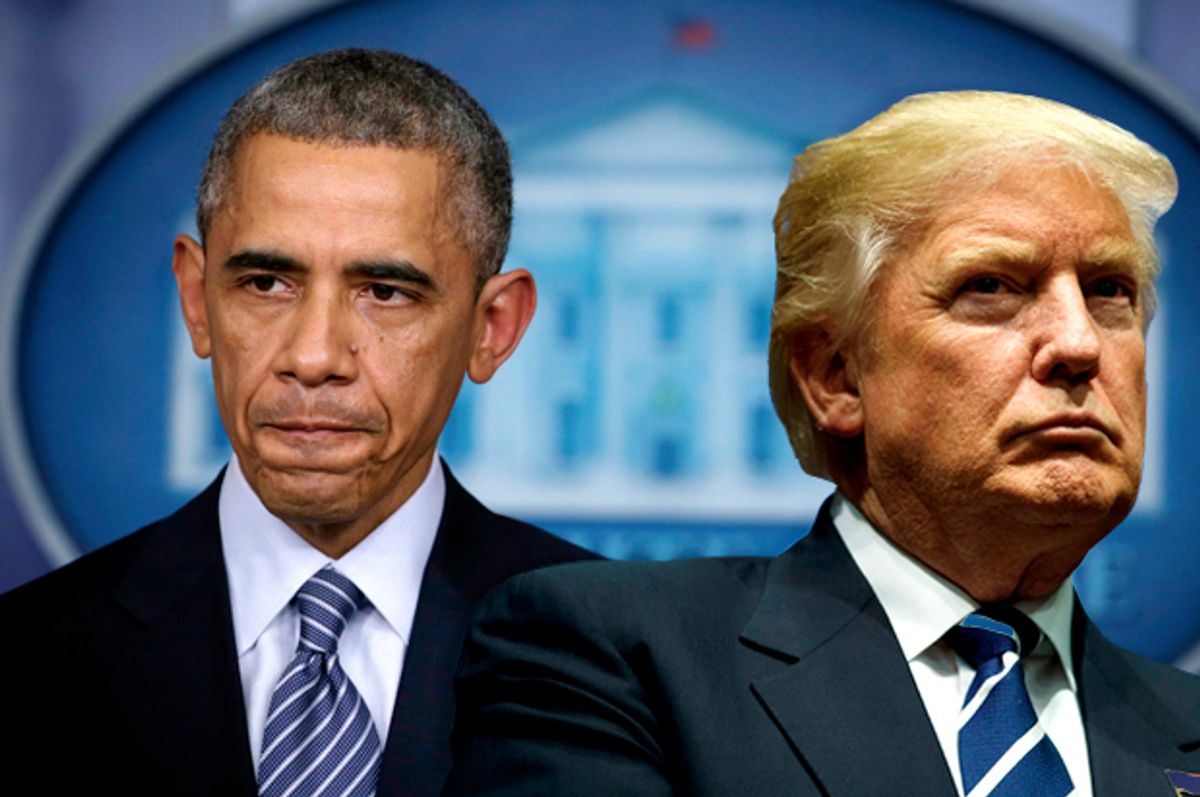 Was the 2016 presidential election determined by “economic anxiety" among the white working class? That persistent media narrative has again been shown to be largely untrue.

Writing in the New York Times, Stephen Phillips explained that "hundreds of articles" have argued the importance of pursuing lower-income white voters who supported Barack Obama in 2012 and then "bolted" to Donald Trump last November.

The far more important — and largely untold — story of the election is that more Obama voters defected to third- and fourth-party candidates than the number who supported Mr. Trump. That is the white flight that should most concern the next D.N.C. chairman, because those voters make up a more promising way to reclaim the White House. The way to win them back is by being more progressive, not less.

Whoever prevails as chairman must resist the pressure to follow an uninformed and ill-fated quest for winning over conservative white working-class voters in the Midwest. The solution for Democrats is not to chase Trump defectors. The path to victory involves reinspiring those whites who drifted to third-party candidates and then focusing on the ample opportunities in the Southwest and the South.

Phillips’ comments mirror findings by political scientist Jonathan Rodden that show that Donald Trump’s much ballyhooed “populist” uprising in the Rust Belt was a chimera. Hillary Clinton won the larger and more populous metropolitan areas in states such as Indiana, Ohio and Pennsylvania. Donald Trump eked out his victory by winning by large margins in less populous Republican suburbs and more rural areas in those states.

In total, Donald Trump managed to defeat Hillary Clinton in the Electoral College count because of FBI intervention, voter suppression, low voter turnout and possible Russian interference, in combination with sexism, racism and the fact that too many Democratic-leaning voters switched to third parties.

The influence of various kinds of racial animus is overwhelming and undeniable: Social scientists and other researchers have repeatedly shown that white racial resentment, “old-fashioned” white racism, an absurd belief that white people are somehow oppressed in America, ethnocentrism and "social dominance behavior" mobilized Trump’s base and carried him to the White House.

The news media’s slavish devotion to its narrative of white working-class anxiety is irresponsible. It's a distraction from the way Trump’s election has reinvigorated and inspired white supremacists and other members of the American far right. The “white working class anxiety”narrative also serves to normalize the authoritarian leanings of Trump voters and other toxic values. This false narrative also makes it more difficult for the American people to put current events in the proper context.

Since Donald Trump’s election in November, the United States has seen a record spike in hate crimes targeting Muslims, people of color and other marginalized communities. The Southern Poverty Law Center recently reported that white supremacist websites and have seen a huge increase in traffic because of Trump's campaign and election. There has been an wave of anti-Semitism since Donald Trump’s election: Jewish temples and community centers have received bomb threats, and Jewish cemeteries have been vandalized. These events are wholly predictable given the fact that Trump has been embraced by white supremacist organizations and neo-Nazis — and that he has filled senior positions with white nationalist sympathizers like Steve Bannon, Stephen Miller, Michael Anton and Sebastian Gorka.

Under pressure, Trump eventually issued a statement condemning these acts of racism and anti-Semitism, to which the executive director of the Anne Frank Center responded:

The President's sudden acknowledgment is a Band-Aid on the cancer of anti-Semitism that has infected his own administration. . . . [Trump's] statement today is a pathetic asterisk of condescension after weeks in which he and his staff have committed grotesque acts and omissions reflecting anti-Semitism, yet day after day have refused to apologize and correct the record. . . . Make no mistake: The anti-Semitism coming out of this administration is the worst we have ever seen from any administration.

Given these and other facts, why has the news media been so wedded to its narrative of white working-class anxiety? Too many journalists, it seems, were determined to view Trump’s ascendancy as being caused by something other than racism and authoritarianism. These same voices were also more dedicated to finding the “better angels” and “decent hardworking Americans” among Trump’s public than in highlighting the “basket of deplorables” who are his voters and supporters en masse.

Most important, the media industry is a business that prioritizes ratings and advertising revenue over truth telling. The elite tier of the American news media also prizes access to power and the powerful. This ethos led these media representatives to fear alienating Trump and his future administration; consciously or otherwise, they chose to positively massage their coverage of him and his voters.

In a democracy, the media is supposed to help educate the public so it can make informed political choices. By circulating romantic myths about the white working class during and after the 2016 presidential campaign, America's media dramatically failed in its responsibility. The burden is now placed on the American people to force the news media — through activism, boycotts and focused protest — to tell the truth about Donald Trump and the dangerous social and political forces that installed him in power.

With good reason, the Fourth Estate now faces a crisis of legitimacy in the United States. At this moment, representatives of America's news media will either choose to speak truth to power and reinvigorate their role as the guardians of democracy or will be ground under by cowardice, sycophancy and weakness. The latter avenue is clearly open to those who value profit over virtue.