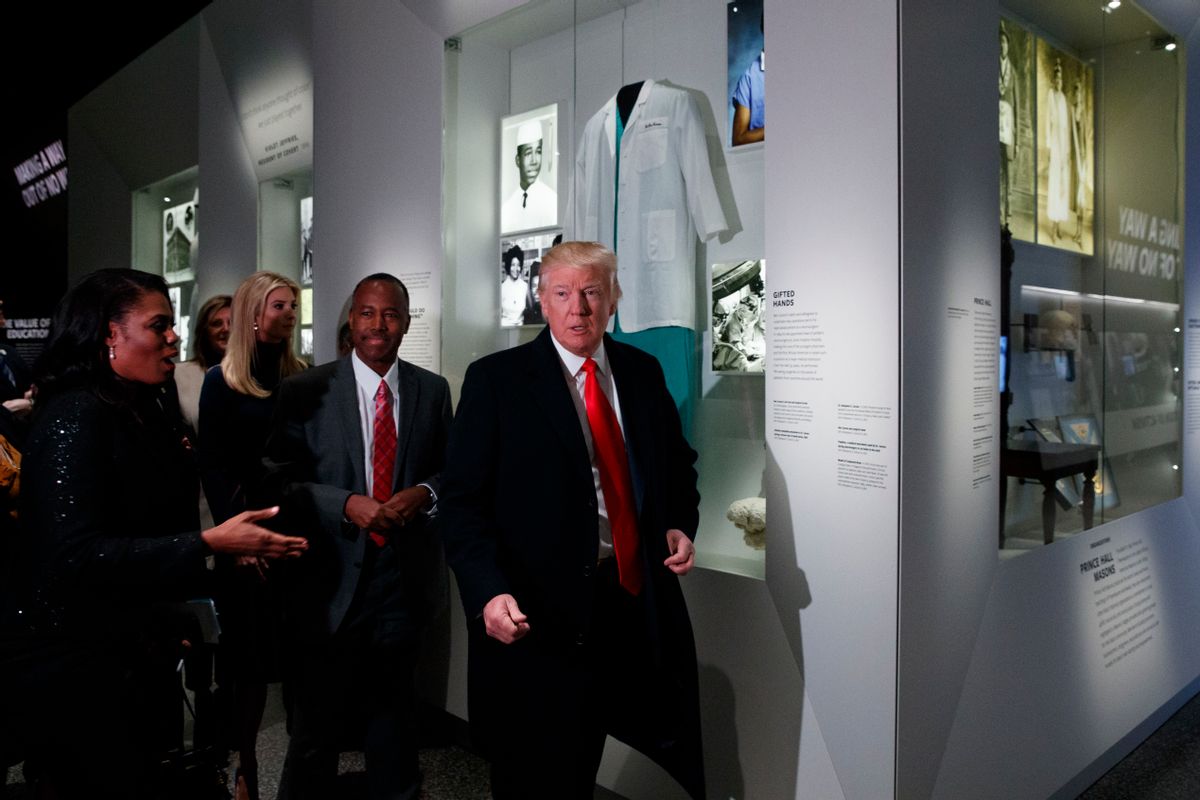 WASHINGTON — For the past eight years, thousands of conservative activists have descended on Washington each spring with dreams of putting a Republican in the White House.

They finally have one, but they are not sure he's really conservative.

With Donald Trump's presidential victory, the future of the conservative movement has become entwined with an unconventional New York businessman better known for his deal-making than any ideological principles.

It's an uneasy marriage of political convenience at best. Some conservatives worry whether they can trust their new president to follow decades of orthodoxy on issues like international affairs, small government, abortion and opposition to expanded legal protections for LGBT Americans — and what it means for their movement if he doesn't.

"Donald Trump may have come to the Republican Party in an unconventional and circuitous route, but the fact is that we now need him to succeed lest the larger conservative project fails," said evangelical leader Ralph Reed, who mobilized his organization to campaign for Trump during the campaign. "Our success is inextricably tied to his success."

As conservatives filtered into their convention hall Wednesday for their annual gathering, many said they still have nagging doubts about Trump even as they cheer his early actions. Social conservatives were thrilled by a Wednesday night decision to reverse an Obama-era directive that said transgender students should be allowed to use public school bathrooms and locker rooms matching their chosen gender identity.

"He's said that on multiple occasions that he's not a conservative, especially socially," said Zach Weidlich, a junior at the University of South Alabama, "but my mindset was, give him a chance, especially now that he's elected.'"

"He was the better of two evils given the choice," said Timmy Finn. "I agree with his policies, however, I think he's moving a little too fast."

Trump has a somewhat tortured history with CPAC, an annual convention that's part ideological pep talk, part political boot camp for activists. Over the past six years, he's been both booed and cheered. He's rejected speaking slots and galvanized attendees with big promises of economic growth and electoral victory.

At times, he has seemed to delight in taunting them.

"I'm a conservative, but don't forget: This is called the Republican Party, not the Conservative Party," he said in a May interview on ABC's "This Week."

The tensions between Trump's brand of populist politics and conservative ideology will be on full display at the three-day conference, which features panels like "Conservatives: Where we come from, where we are and where we are going" and "The Alt-Right Ain't Right At All."

Along with Trump come his supporters, including the populists, party newcomers and nationalists that have long existed on the fringes of conservativism and have gotten new voice during the early days of his administration.

Organizers invited provocateur Milo Yiannopoulos after protesters at the University of California at Berkeley protested to stop his appearance on campus. But the former editor at Breitbart News, the website previously run by Bannon, was disinvited this week after video clips surfaced in which he appeared to defend sexual relationships between men and boys as young as 13.

Trump "is giving rise to a conservative voice that for the first time in a long time unabashedly, unapologetically puts America first," said Republican strategist Hogan Gidley. "That 'America First' moniker can very well shape this country, but also the electorate and the Republican Party and conservative movement for decades."

Trump's early moves — including a flurry of executive orders and his nomination of federal Judge Neil Gorsuch to the Supreme Court — have cheered conservatives. They've also applauded his Cabinet picks, which include some of the most conservative members of Congress. The ACU awarded his team a 91.52 percent conservative rating — 28 points higher than Ronald Reagan and well above George H.W. Bush who received a 78.15 rating.

But key items on the conservative wish list remain shrouded in uncertainty. The effort to repeal President Barack Obama's health care law is not moving as quickly as many hoped, and Republicans also have yet to coalesce around revamping the nation's tax code.

No proposals have surfaced to pursue Trump's campaign promises to build a border wall with Mexico that could cost $15 billion or more or to buttress the nation's infrastructure with a $1 trillion plan. Conservatives fear that those plans could result in massive amounts of new spending and that Trump's penchant for deal-making could leave them on the wrong side of the transaction.

"There is wariness," said Tim Phillips, president of Koch brothers-backed Americans for Prosperity.

But with a Republican-controlled Congress, others believe there's no way to lose.

"He sits in a room with Mitch McConnell and Paul Ryan. Is there a bad a deal to be made with those three in the room?" asked veteran anti-tax activist Grover Norquist. "A deal between those three will, I think, always make me happy."

Conservatives Donald Trump From The Wires