Myth of the "unbortion": Anti-choice legislators push the lie that "abortion reversal" is possible 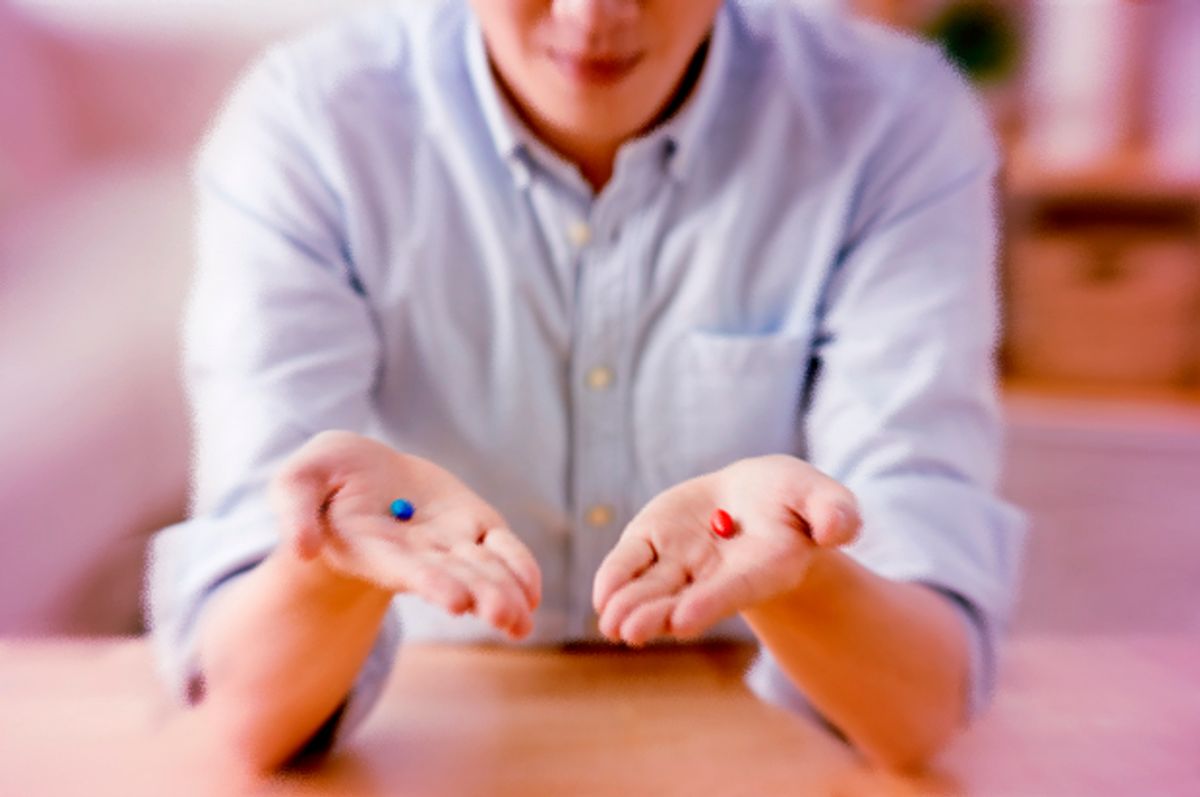 Make no mistake: There is no idea too ridiculous for anti-choice legislators, if they think there's a chance to inject unnecessary confusion and misery into women's lives. That's why the Indiana legislature is considering a bill that would require doctors to tell women seeking abortion that they can — in a lie that begs you to laugh aloud at its silliness — "reverse" an abortion. Two other states, North Carolina and Utah, are considering similar bills.

These bills are based on model legislation created by Americans United for Life, which is the same organization behind the anti-science, anti-abortion law in Texas that was recently overturned by the Supreme Court.

As with most right-wing "alternative facts" — previously known as lies — there's an elaborate pretzel logic offered by conservatives for why their preposterous lie is not really a lie. Dear reader, I hesitate even to explain the justification for the "abortion reversal" hypothesis because it's just a bunch of pseudoscientific gobbledygook designed to draw people into silly debates that only confuse the issue.

So know before you read what further that abortion cannot be "reversed." What anti-choicers call abortion "reversal" is not abortion reversal because that is impossible.

With that caveat out of the way, in the name of journalism, I will describe the nonsense generated by the religious right for the sole purpose of placing the nonsense term "abortion reversal" in headlines.

Many medical abortions performed in the first seven to nine weeks of pregnancy are done with two doses of medication — of mifepristone and misoprostol. Anti-choicers claim if a woman takes only the first pill and then hypothetically decides to not go through with the abortion, that a bunch of progesterone injections will, in some cases, save the pregnancy. And I cannot emphasize this enough, the fact that anti-choicers claim something is your first clue that it's nonsense.

As Dr. Daniel Grossman, a gynecology professor at the University of California, San Francisco, explained over the phone, “Mifepristone by itself is not a very effective abortion-causing agent." He explained, "Anywhere between 30 and even 50 percent of pregnancies may continue after just taking mifepristone by itself.” That's why there's a second pill, since the first doesn't work very well on its own. If a woman simply doesn't take the second pill, the result would be the same (with or without a progesterone shot).

The progesterone shots, in other words, do not prompt an "abortion reversal." They are simply a political prop, a way to create a sense of drama and excitement for anyone involved in this charade. There are no rigorous studies to back up claims that progesterone shots reverse the effects of mifepristone. One doctor wrote a paper claiming it worked on seven women he treated, but as Grossman explained, the paper has "a lot of missing information" and doesn't constitute a controlled study.

It's all very weird, but there's a method to the anti-choice madness here. "Abortion reversal" isn't real, but pretending it is — and forcing doctors to lie to their patients — serves the anti-choice cause in a couple of major ways.

The first is simply the ever-present conservative desire to make receiving an abortion as confusing, painful and expensive as possible, in order to punish women who have one.

As Grossman, who also works for the research institute  Advancing New Standards in Reproductive Health (ANSIRH), pointed out over the phone, the medical standard for providing abortion counseling is telling women that abortion is irreversible and "they have to be very sure of their decision." Turning that upside down and falsely advising women that abortion is reversible serves only to make the whole process confusing and potentially upsetting.

That, I would argue, is the point: If conservatives can't stop women from having abortions, they want to make the process as disorienting and stressful as possible.

The second likely goal of these bills is to promulgate propaganda. As Dr. Grossman pointed out, getting the phrase "abortion reversal" into headlines helps spread the notion that women choose abortion hastily and then regret having done so, which is false, like many ideas spread by anti-choice activists.

“It’s incredibly rare that a woman changes her mind," Dr. Grossman said. "She’s thought long and hard before she goes to an abortion clinic. She gets additional counseling about what abortion method she wants."

Research backs up that contention. Repeated studies that abortion regret is incredibly rare, and the vast majority of women that researchers follow, often for years, are satisfied with their decision. A study published in October showed that women who have abortions were rated, using an established metric of patient certainty, to be more assured of their choice than patients who have reconstructive knee surgery are about theirs.

The anti-choicer myth of "abortion regret" demonstrates the deep misogyny that fuels this movement. The anti-choice delusion is rooted in ugly stereotypes about women being fickle and indecisive creatures who are easily manipulated. This same notion that women are too stupid to know what they really want is also used to justify the gauntlet of protesters at abortion clinics, who frequently claim they are just there to "counsel" women, as if some random yelling stranger on a street corner is a better judge of what a woman needs than the woman herself.

It's all tied to the same idea, which is that women are, as a class, too stupid to make the decision about whether to have children and need someone else to make it for them. There is considerable irony, to be sure, in people who claim to believe in "abortion reversal" daring to sit in judgment on the mental capacity of ordinary women. But that's nothing new.