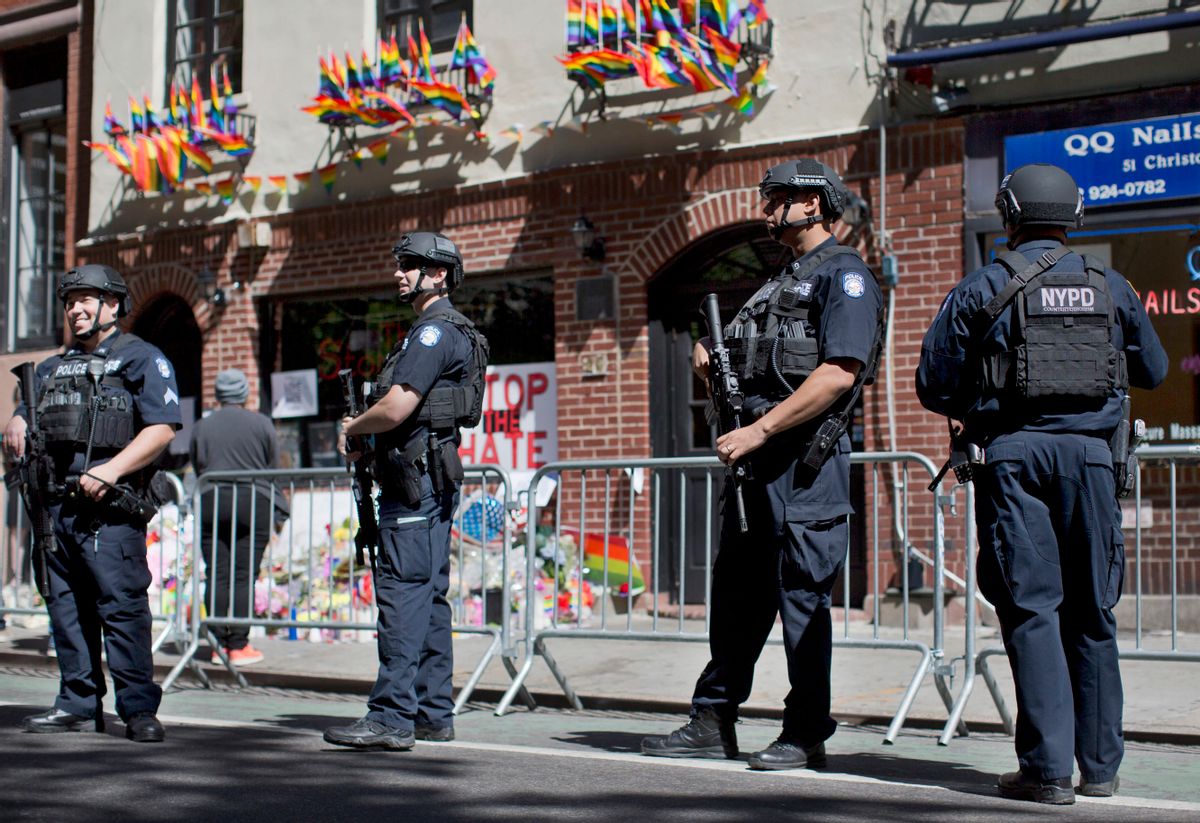 FILE - In this June 14, 2016 file photo, armed police officers stand guard outside the historic Stonewall Inn in New York as people congregate to pay their respects for the the victims and survivors of the Orlando nightclub shooting. The officers are heavily armed and equipped, in a manner typical of the NYPD's counterterrorism unit and Emergency Service Unit - the NYPD's equivalent of SWAT officers. But the NYPD plans to distribute 20,000 helmets and 6,000 vests before the end of the year to uniformed patrol officers to protect them better during combat with rampaging shooters (AP Photo/Mary Altaffer, File) (AP)
--

The commissioner of the New York Police Department is resisting President Donald Trump. Police officers in New York City will not comply with any warrants issued by federal immigration officials, Police Commissioner James O'Neill wrote in an internal memo reviewed by The New York Daily News.

"It is critical that everyone who comes into contact with the NYPD, regardless of their immigration status, be able to identify themselves or seek assistance without hesitation, anxiety or fear," O'Neill wrote.

O'Neill added that the police department does not conduct civil immigration enforcement.

"Specifically, this department does not enforce administrative warrants issued by Immigration and Customs Enforcement against or federal immigration judges solely in connection with civil immigration violations," he continued.

The memo directly contradicted the orders from Homeland Security Secretary John Kelly, who called for the deportation of undocumented immigrants who have committed a crime.

New York is a proud sanctuary city that welcomes illegal refugees and immigrants. In January, New York City Mayor Bill de Blasio said that he will go to court "immediately" if Trump tried to eradicate sanctuary cities in an executive order.

Just because the NYPD will not obey federal warrants involving undocumented immigrants does not mean all of them have a free pass from the police. In his memo to police officers, O'Neill wrote, "The NYPD does and will continue to honor federal immigration detainers when there is risk to public safety."

According to a Pew Research Center study, more than one in five residents in the state of New York are immigrants and about 750,000 of those people are here illegally.