More than 100 women get "Nevertheless, she persisted" tattoos in Minneapolis 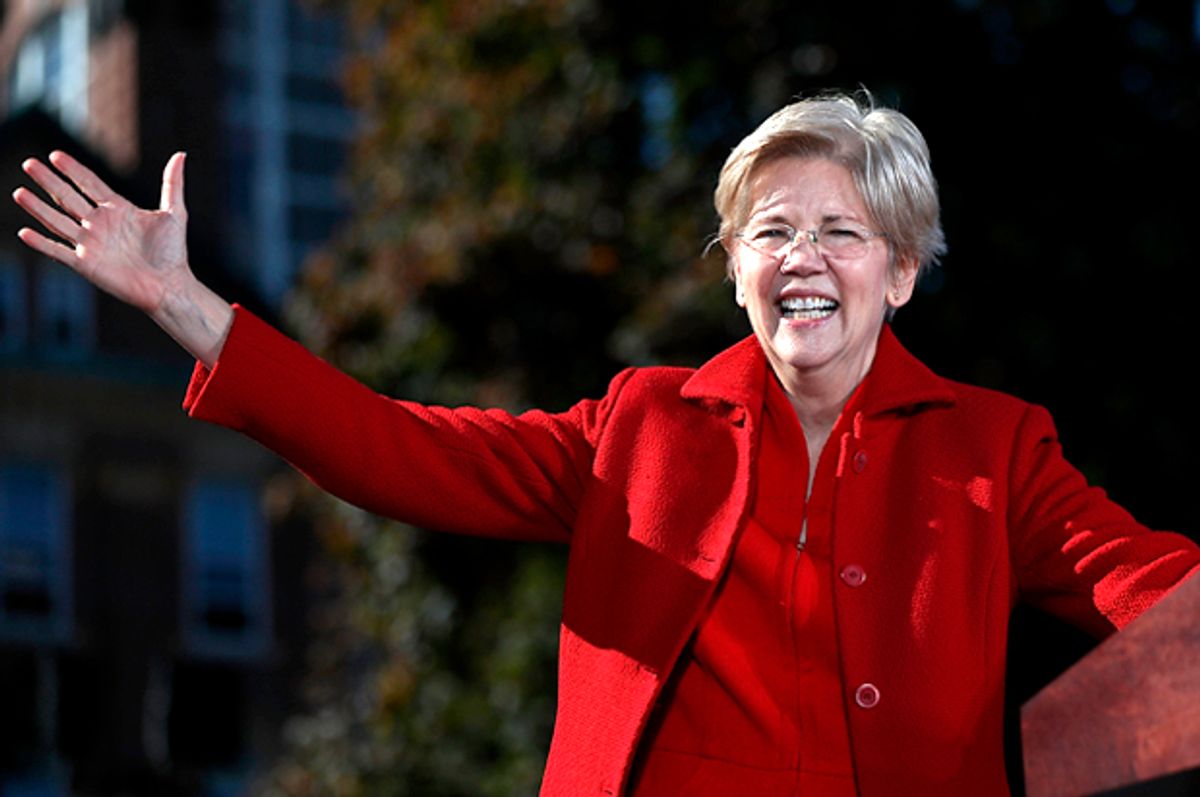 "Nevertheless, she persisted" — the phrase uttered by Sen. Mitch McConnell, R-KY, in explaining his decision to silence Massachusetts Democrat Elizabeth Warren — has become a rallying cry for women across the country. Some women are taking the message to heart, inking the phrase on their bodies forever.

After blogger Nora McInerny spearheaded a fundraiser built around "Nevertheless, she persisted" tattoos, more than 100 women showed up at her Minneapolis event.

“I just thought it was a perfectly beautiful sentiment. Also, I’m incredibly impulsive," McInerny told the Star Tribune. “Those words remind me of every woman I know who has kept going even though it’s difficult or it might make you unpopular."

For nine hours, tattoo artists at Brass Knuckle Tattoo Shop tattooed woman after woman (and a couple of men) with the phrase. The tattoos cost $75 each, of which $55 was donated to Women Winning, a nonprofit organization committed to promoting and electing pro-choice women to public office.

“I am overwhelmed and I am so grateful,” tattoo artist Emily Snow told the Star Tribune. “We’re working for free and we’re really glad to be supporting these awesome women.”

Warren was silenced for trying to read a letter from Coretta Scott King, the widow of civil rights icon Martin Luther King Jr., regarding Jeff Sessions, who at the time was nominated to be a federal judge. Warren read the letter during confirmation hearings for Jeff Sessions, President Donald Trump's pick for attorney general.

“Did I ever think I would get a Mitch McConnell quote tattooed on my body? No, I did not,” McInerny said. “But those are three words that any woman would be able to see themselves in, regardless of politics.”

McInerny was not the only one who felt strong enough about the statement to get it tattooed. After McConnell's words went viral on Twitter, tattoos began showing up there, too.

In Minneapolis, the excitement over the tattoo has not died down, and by Wednesday, after countless Facebook messages and phone calls about the design, Brass Knuckle had to stop taking appointments. They simply could not persist.