Pledging allegiance to Amazon's enigmatic "Patriot" may be worth it, but it isn't an easy mission

Amazon may have another truly great drama in "Patriot." But first you have to be willing to stick with it. 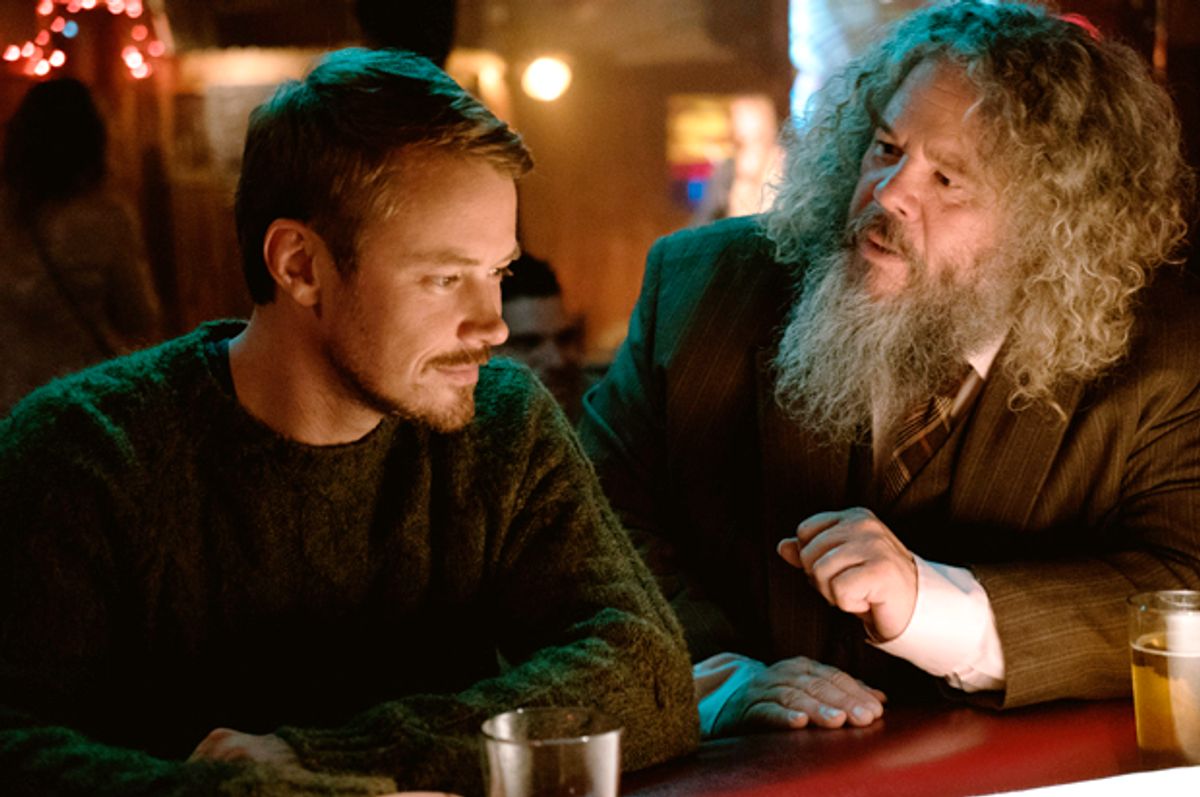 Enjoyment of Amazon’s new drama “Patriot,” which will be rolled out on Prime Video on Friday, requires the viewer to accept a number of stipulations surrounding its execution and intent. First is the willingness to acclimate to each episode’s irregular pacing. Those tuning in expecting a thrilling spy series may be disappointed. There are many ways to describe “Patriot.” At no point during the first five episodes is it thrilling.

Perplexing is a better descriptor, and in this context, a positive one. Watching “Patriot” with a companion is recommended, if only for the opportunity to dissect the ultimate aims of its creator Steven Conrad. Each episode contains visual elements and stylistic choices worth discussion and debate.

Mind you, “Patriot” isn’t quite an unmitigated success, and most people don’t turn on TV shows like this with the goal of overthinking it. Each hour has a drag to it, one that feels hypnotically weird and that's interrupted by spasmodic bursts of violence and disarming farce. All of that lends an aura of honesty to this story of life inside the world of intelligence might.

“Patriot” portrays spy work as a generally dull, quiet enterprise occasionally interrupted by the sideways mission ending in blood spatters and life-or-death sprints. This is the world occupied by John Tavner (Michael Dorman), an intelligence officer who copes with the psychological stress of his job by singing his truths into spontaneously composed folk tunes. You did not misread that, and this is the first clue that there's something odd about this drama.

Adding to its eccentricity is a plot that mixes family dynamics with the world of "deep state" machinations, a concept that feels keenly pertinent right now.  John’s father Tom (Terry O’Quinn), is the State Department's director of intelligence — meaning, his dad also is his boss. Indeed, the Tavners are building a miniature political dynasty in this universe, which includes John’s somewhat bumbling older brother Edward (Michael Chernus), a Texas congressman, and Alice, a wife John rarely sees (Kathleen Munroe, in a role that doesn’t give the actress much to work with).

"Patriot" opens in 2012, a time when concern over Iran’s nuclear capability was mounting and steps were being taken to halt its progress. To get John into play, Tom has him interview at a Milwaukee-based piping company that does business in Iran and in Belgium, a European country friendly with Iran, in order to assume a nonofficial cover so that his movements would not be questioned.

Tom is a man committed to his purpose, and if that means putting his youngest in harm’s way, so be it. But there are clear obstacles. John is massively unqualified for this midlevel position, one that requires fluency in a technical parlance that sounds like a language spoken by aliens in a Douglas Adams novel. John’s new boss, Mr. Claret (Kurtwood Smith), immediately searches for any opportunity to fire him, but John makes the risky and ridiculous decision to bring in on his cover his corporate-minded and profoundly bored co-worker Dennis (Chris Conrad) so that he can help him out. Dennis is only too happy — way too happy — to assist.

As is par for the course with a tale such as this, John’s simple assignment in Luxembourg goes wrong. Another unforeseen distraction places him on a dangerous collision course with some locals in Belgium and puts a homicide detective (Aliette Opheim) on his trail. Throw in the fact that John is recovering from a previous botched mission that exacerbated his post-traumatic stress disorder and — well, you have a man who isn’t entirely all there.

To frame this notion in more familiar terms, “Patriot” is a show that borrows strands of DNA from Wes Anderson’s cinematic style and merges those with the sort of narrative conceits employed in an unsuccessful Coen brothers movie. In case you’re saying to yourself, “There’s no such thing as an unsuccessful Coen brothers movie,” then congratulations: Meet your new favorite show. But the fact that “Patriot” merits such a lofty comparison is indicative of its quality and the kind of bewildering tinges a person should expect.

Conrad wrote the screenplay for 2013’s “The Secret Life of Walter Mitty,” and a similarly fantastical tone plays out in episodes of “Patriot.” The difference is that where “Walter Mitty” felt aspirational, “Patriot” reflects John’s disconnectedness and disquiet. The story also jumps around in time and from place to place, which grants the viewer a sense of the psychological disorientation that John lives with.

The concrete and stone palette of its settings contributes to his skewed sense of place as well; Luxembourg and Milwaukee are gray places. And if they’re blending together in John’s mind, one can easily see why. Every frame conveys John’s ennui very skillfully, especially when the story drops a bit of comedic whimsy into his prosaic existence, which can be irritating at some junctures and refreshing at others.

Where “Patriot” thrives is in its exploration of what makes its characters tick, especially those tangential to the plot. Smith’s Claret could have been the surrogate for any overbearing boss, but Conrad writes a humanizing backstory into the series that explains his inner motivations. The same is true of other characters who draw focus away from the main story for reasons that aren’t immediately apparent but pay off down the road.

But it's Dorman who inspires patience for “Patriot” — that is, for viewers who choose to accept its mission. As one character describes his John, he’s “a sad man in a suit” but not one who begs for sympathy for doing the government’s dirty work. Instead, Dorman grants his operative the same veil of fatigue that drapes over every working stiff.  Whether we see John failing his way through a day at his piping firm job or stalking a target, Dorman makes him look like his soul is chained to an anchor.

Both jobs also give John a bit of a nihilistic streak that plays out in his intentional pranking of a co-worker recovering from a traumatic brain injury, and this is the most blatant example of the drama’s black humor next to John's folk song confessionals. Other visual jokes are just plain impolite, but people who get to those scenes have been fully indoctrinated into the spirit of the show anyway.

Chernus’ goofy, goodhearted Edward serves as welcome foil to the disaffected John. Tom, on the other hand, is more of an enigma. O’Quinn’s portrayal in "Patriot" is reminiscent of his character on the final season of “Lost.” His softly genial expression reveals little and clouds Tom’s true motivations to the point that it’s hard to tell whether he genuinely cares about his children or if he's simply wielding his paternal influence to manipulate them.

Amazon’s release of all 10 first-season episodes of “Patriot” may mitigate some of the frustration a viewer may feel while watching the series opener. Slow as it is, the premiere cleanly establishes the show’s singular flavor, which is distilled perfectly during a parade of contrivances at the episode's close. At the end of a miserable week at the office — and at his real, secret job — every bit of bad news lines up in John’s path as he makes his way to his car. The scene doesn’t feel remotely realistic and is only a hair less than surreal. Just like everything that comes before it and afterward, the entire sequence feels slightly off. It's a little bit cloying, and it also creates the nagging urge to find out what happens next.

That could be the secret that makes “Patriot” a taste worth acquiring.