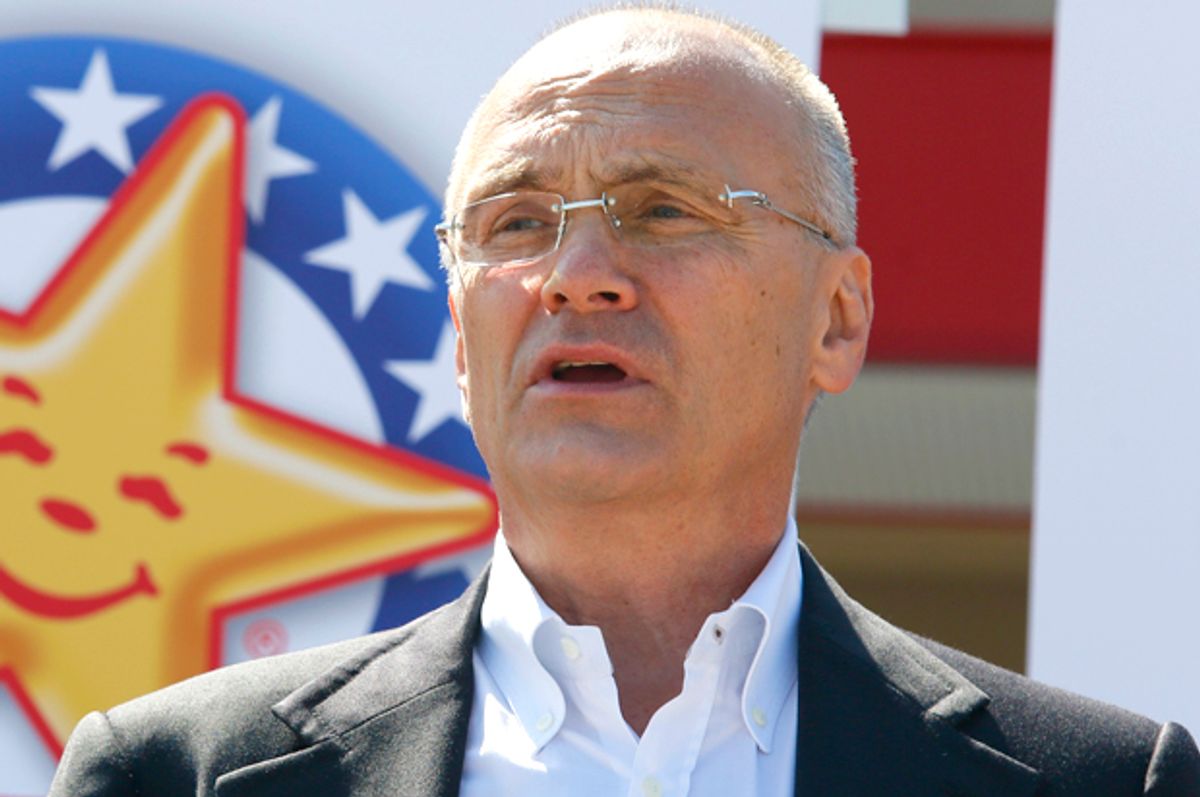 Andrew Puzder’s brief foray into government ended last week when he withdrew his nomination as Donald Trump’s secretary of labor. Just a day later, the administration named its new nominee for the job, Alexander Acosta, dean of the law school at Florida International University.

Put simply, Acosta is a qualified nominee for the position. Puzder was anything but. Why Puzder was ever put forward for an office dedicated to the well-being of American workers – and the agency most responsible for the interests of the white, middle-aged voters making up Trump’s electoral base – requires some explanation.

Trump’s particular approach to governance became apparent during his first weeks in office as he populated his cabinet with Wall Street financiers such as Steven Mnuchin at Treasury and big campaign donors like Betsy DeVos for education.

But Puzder, who headed the fast-food operation that owns Hardee’s and Carl’s Jr., turned out to be more than a number of Republicans could swallow. Puzder has the distinction of being the only Trump cabinet nomination to date who has been rejected.

Acosta, in contrast, served as an attorney in the Justice Department and has extensive experience in labor relations, including as a member of the National Labor Relations Board.

As a student of labor history, I know the backgrounds of the many distinguished individuals who have led the Labor Department and advocated on behalf of workers. This important position deserves a leader of competence and commitment.

Why the job matters

The battle to establish a cabinet-level federal agency whose sole purpose was the “care and protection of labor” began shortly after the Civil War.

Early efforts found mixed success, but activists eventually managed to establish a sub-cabinet Labor Department in 1884, which quickly became the “most important statistical agency of its period” by publishing reports on many worker-related subjects such as the impact of machinery, demand for housing and women in the workforce.

A short-lived Department of Commerce and Labor followed in 1903. Today’s Department of Labor was finally established in March 1913, when William H. Taft reluctantly signed a bill into law in the final hours of his presidency that separated the two often competing interest groups.

From the outset, Labor’s mission was to:

Foster, promote, and develop the welfare of the wage earners, job seekers, and retirees of the United States; improve working conditions; advance opportunities for profitable employment; and assure work-related benefits and rights.

Today, the department gathers and disseminates vital information such as the monthly unemployment report, the consumer price index and workplace benefit trends. In addition, it provides important protections for workers on issues like safety, contracts and wages. Those and other agencies ensure compliance with the federal regulatory regime that immediately affects American workers.

The first secretary of labor

President Woodrow Wilson appointed William B. Wilson (no relation) as the first head of the agency in 1913.

Secretary Wilson had a long record of service in labor relations, beginning with positions at the National Progressive Union and the United Mine Workers of America. He also served three terms as a Pennsylvania Congressman and introduced the bill that split up the Department of Commerce and Labor in order to give workers a stronger voice in government affairs.

As an impartial representative, Wilson played an important role in the federal response to the infamous strike at a Colorado Fuel and Iron Company owned by John D. Rockefeller Jr., an event that would become known as the “Ludlow Massacre” and that led to an important innovation in industrial relations.

During a labor dispute in April 1914, a detachment of the Colorado National Guard overran and burned an encampment of miners leading to the deaths of a number of women and children. It prompted national outrage and was immortalized in song by Woody Guthrie. After pressure from the government, Rockefeller created internal employee representation plans that became pervasive in American labor relations. These so-called company unions gave employees a new voice but not much actual leverage in labor negotiations.

From then until Puzder

The many distinguished individuals who have headed the agency since William Wilson have continued his legacy of service. The roster includes prominent labor experts such as Frances Perkins, the first woman appointed to a cabinet position, who served during the administration of Franklin D. Roosevelt from 1933 to 1945.

Many of those programs became part of the New Deal, which led to a generation of middle class prosperity in the country.

Other notable office holders include George Schultz, appointed by Richard Nixon in 1969 and who went on to serve as secretary of the treasury and state; John Dunlop, appointed by Gerald Ford in 1975, who was an eminent labor economist at Harvard and the author of a foundational study of labor relations; Ray Marshall, appointed by Jimmy Carter in 1977 and an economics professor from the University of Texas; and Robert Reich, appointed by Bill Clinton in 1993 and now a professor at the University of California (Berkeley) and a popular author.

Overall, what every secretary of labor from Wilson through the the outgoing Thomas Perez had in common was either a detailed familiarity with the labor relations environment or an understanding of political processes and the administration of complex governmental agencies or both. Their backgrounds demonstrated a capacity to undertake the administration of an institution aimed at improving the lives of American workers.

In nominating Puzder, Trump said he “created and boosted the careers of thousands of Americans” and had an “extensive record” fighting for workers. But compared with previous labor secretaries, Puzder would have been the least qualified in the history of the agency in terms of experience, temperament and training.

A corporate lawyer by training with no government experience, Puzder has been a major Republican donor, giving more than $300,000 to Trump’s campaign and the Republican National Committee in the most recent election cycle.

Puzder became CEO of CKE Restaurants in 2000. He described his employees as the “best of the worst,” illustrating how little sympathy he has for the tens of millions of workers he would have represented at the Department of Labor. The company’s restaurants such as Hardee’s and Carl’s Jr. have been cited for numerous labor violations.

In addition, Puzder strongly opposes increasing the minimum wage. And to me, how he deals with gender issues – such as in his racy restaurant advertisements – shows complete insensitivity to important concerns such as sexual harassment in the workplace.

With Puzder’s nomination sunk, the next man up for the job is Alexander Acosta, who has already made it through the Senate confirmation process for other jobs three times.

From 2002 to 2003, he served on the National Labor Relations Board, where he participated in over 100 decisions. He also held several jobs at the Justice Department, including assistant attorney general in the civil rights division. While some have criticized his failure to sufficiently protect voting rights while there, his confirmation will most likely succeed.

Richard Trumpka, head of the American Federation of Labor and Congress of Industrial Organizations, credited “working people” with torpedoing Puzder’s nomination. “In one day, we’ve gone from a fast-food CEO who routinely violates labor law to a public servant with experience enforcing it.”

The Department of Labor has a rich history in the American political and economic landscape, and it deserves a leader who has potential to fulfill its mission.