Marco Rubio says people "get rude and stupid" at town hall meetings, doesn't show up to his own

Sen. Marco Rubio for failing to appear at a town hall meeting on Thursday and lied about his whereabouts 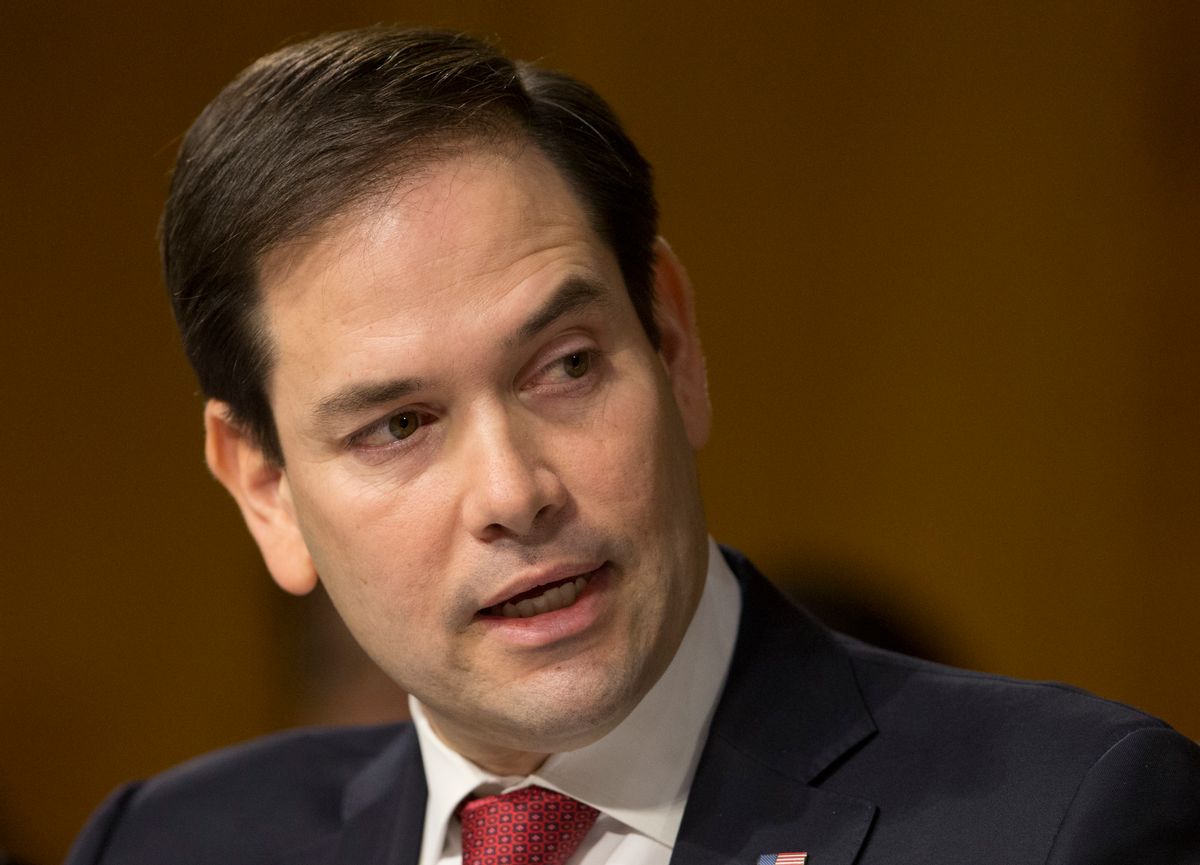 Constituents in Miami are firing back at Sen. Marco Rubio for failing to appear at a town hall meeting on Thursday. Rubio said he would be in Europe but was actually in his home state when the town hall was taking place.

Rubio, like many other lawmakers around the country, would likely be facing constituents who are angry about the Affordable Care Act -- and other decisions made by the Trump administration.

On Monday, the Florida Republican's office told reporters he was going to be in Europe, according to the Miami Herald, but provided no other details about his trip, leading many Miami residents to wonder if he would be back in time to appear at the town hall.

Though he actually was in town, Rubio was a no-show. Rubio was tracked down on Thursday afternoon, hours before the town hall was set to take place. When asked whether or not he'd appear at the event, Rubio walked away.

The Town Hall was a hit! @marcorubio did not show and denies being invited. We have proof he was - numerous times @IndivisibleTeam @maddow

At the town hall — hosted by Indivisible Miami, a group that opposes President Donald Trump — residents voiced their disappointment over Rubio's failure to appear, stating that they were hoping to speak with their senator. Other members of the community took to twitter to share their feelings.

Sen @marcorubio did not show up to a constituent town-hall after being spotted at Jackson Memorial Hospital & @FIU today #EmptyChairTownHall pic.twitter.com/9r6bSYqhGU

Hey @marcorubio , @SenSanders is talking to you! It was his supporters who found you yesterday ;) (shockingly not in Europe) #FeelTheBern 🔥 https://t.co/S9bDAMmFWx — MiamiGator (@GatorsEite23) February 24, 2017

.@politico @marcorubio Sir, it is your public duty to meet with the constituents you have the honor to represent on both sides of the aisle. — Madison M. Smith (@madisonmck2000) February 23, 2017

When confronted again on Thursday evening by a constituent at Florida International University and asked why he didn't host a town hall, Rubio responded, "I don’t know man, because town halls, people get rude and stupid ― on both sides."

The unnamed person then suggested to Rubio that a town hall might give him the chance to hear concerns directly from the people he represents.

Rubio responded that he already heard them.