Automatic voter registration laws have been deemed a success in other states, but will the governor allow it? 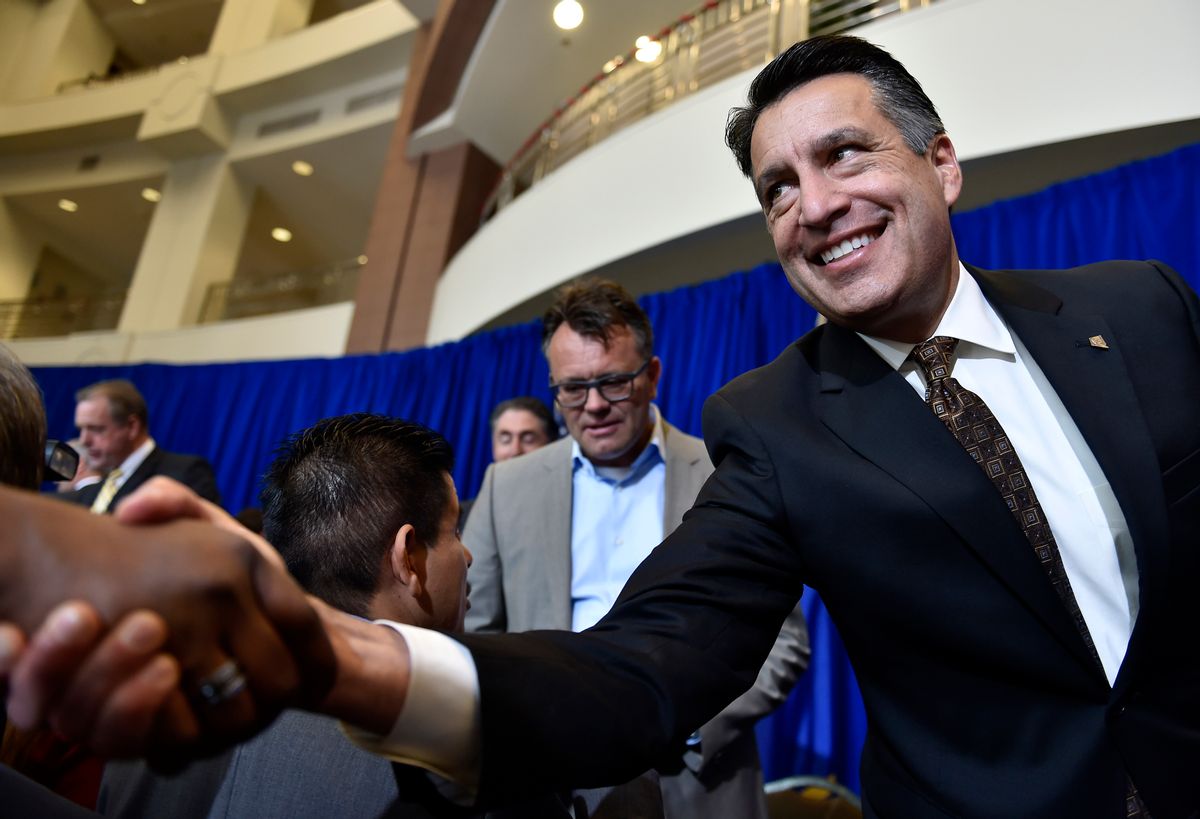 While some states seem to be taking a cue from the White House with new proposals for stricter measures to combat the myth of voter fraud, Nevada Democrats are on the verge of adopting a critical new reform that will modernize voter registration — and likely boost turnout in the state.

On Wednesday, the Democratic-controlled Nevada Assembly passed an Automatic Voter Registration Initiative along party lines. The bill automatically registers people to vote when they get a driver’s license or other state identification card.

Right now, people can already register to vote while at the DMV, but proposals would make this process opt-out instead of opt-in. According to the petition language, Nevada residents who come in for a transaction or to do business at DMV will be automatically registered to vote unless they opt out and decide not to register to vote.

Clark County Registrar of Voters Joe Gloria recently explained to Nevada Public Radio that registration fraud and inaccuracies are less likely to occur under the new reform because "there's a one-on-one transaction between the voter and the DMV, so we're confident that the information that's transferred over is going to be much more accurate than the work that we receive in the field."

The measure is likely to pass the Democratic-controlled state Senate, but will have to be signed into law by Republican Gov. Brian Sandoval.

While Sandoval has, so far, remained mum on the matter, the governor effectively killed a 2013 passed by Democrats that would have allowed Nevada voters to register as close as three days before elections. Given that Sandoval can hardly be described as a champion of voter rights, his silence on this particular bill appears promising.

“There has been an increased number of instances where automatic voter registration is being supported in a bipartisan way,” Hari Sevugan, spokesman for iVote, the advocacy group that is pushing the issue aggressively in Nevada, recently told The Atlantic.

In 2015, Vermont's Sen. Bernie Sanders proposed federal legislation to mandate the scheme in states across the country, and former president Barack Obama said the model should be the "new norm across America" while he was still in office.

In addition to Vermont, California, Connecticut, Oregon, West Virginia, Alaska and the District of Columbia have all implemented a version of the so-called motor voter law with an opt-out model in recent months. 28 states nationally have consider the measure in recent years.

Oregon, the first state in the nation to pass such a bill in March 2015, has seen "success" with the measure, according to voting law specialists.

“Based on the initial data, it definitely looks like a success,” the Brennan Center's Jonathan Brater said of the more than 225,000 Oregon residents the state signed up between Jan. 2016 and the registration deadline ahead of last November's election — for which 43 percent of newly registered voters turned out. More than half of the state's new registered voters in 2016 came through the automatic registration process.

“It’s one of the biggest things you could do to boost participation nationwide," Brater said of automatic voter registration in an interview with The New York Times in December. The Brennan Center is a nonpartisan law and policy institute in favor of the measure.

Despite the testimony of experts, Republican governors have not been receptive to the idea of making it easier for their constituents to participate in electoral democracy.

“I reject this government-knows-best, backwards approach that would inconvenience citizens and waste government resources for no justifiable reason, Christie wrote in a message explaining his veto last year. “This is just like a cocktail of fraud.”

The question remains whether Nevada's Republican governor will join with his blue state brethren in blocking the will of Democratic state lawmakers seeking to make access to the ballot box easier for the people in his state.