Mexico is, once again, rebuffing a plan by the Trump administration 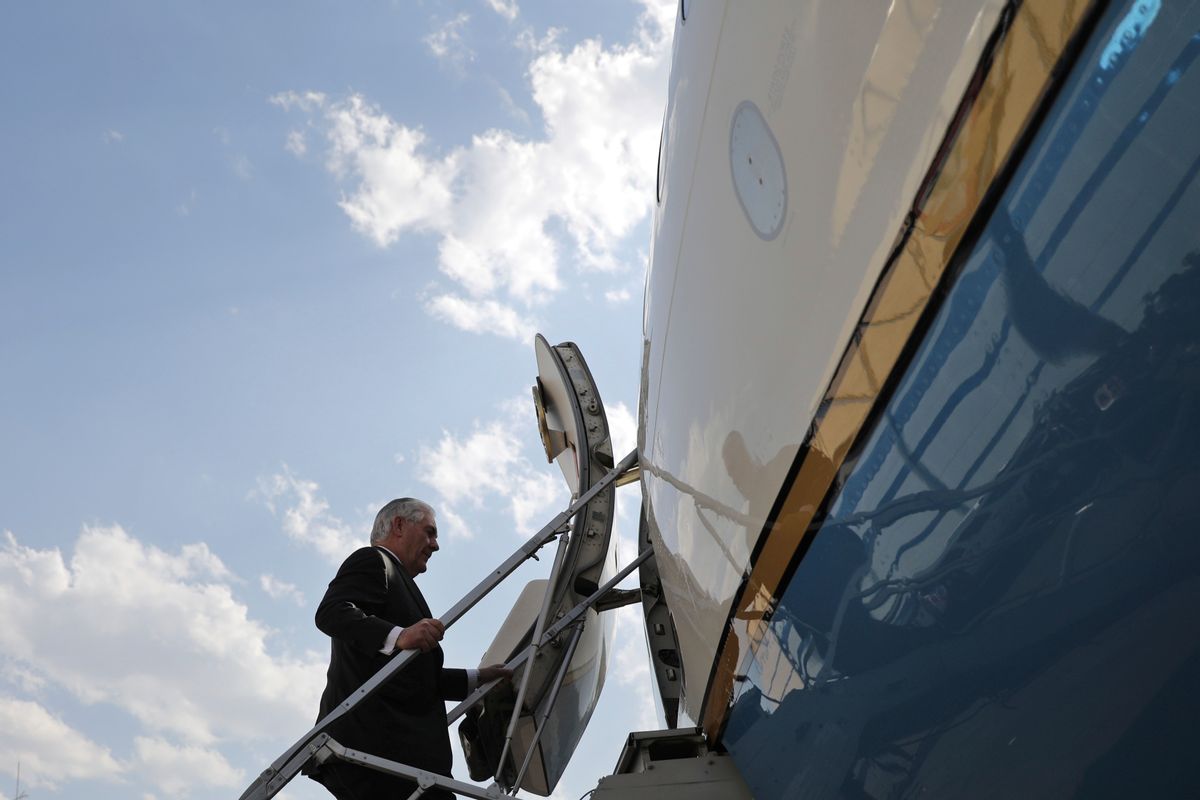 MEXICO CITY — The Mexican government made clear to visiting U.S. emissaries that it will not accept deportees from third countries under any circumstances, the interior secretary said Friday.

Miguel Angel Osorio Chong said in an interview with Radio Formula that U.S. Secretary of State Rex Tillerson and Homeland Security Secretary John Kelly asked Mexican officials during their Thursday visit if they would host deportees from other countries while their immigration cases are processed in the U.S.

"They can't leave them here on the border because we have to reject them. There is no chance they would be received by Mexico," he said.

"They asked us that while their legal process is happening there if they could be here," Osorio Chong said. "And we told them that there's no way we can have them here during that process."

The visit by the U.S. secretaries came at a tense moment in U.S.-Mexico relations. President Donald Trump has carried his tough campaign talk about immigrants and factory jobs that moved to Mexico into the White House, ordering the building of a border wall, stepped up deportations and a renegotiation of the North American Free Trade Agreement.

A memo published by the Department of Homeland Security earlier this week suggested that U.S. immigration officials could deport immigrants in the country illegally to the contiguous country they had entered from, which in the vast majority of cases would be Mexico. Most of the immigrants crossing the U.S.-Mexico border in recent years have been Central Americans.

Osorio Chong also said Friday that if the U.S. government tries to pressure Mexico by threatening to withdraw funding from the nearly $2.5 billion Merida Initiative to fight organized crime, Mexico will let that money go.

The initiative that was started in 2008 is winding down with most remaining funding going to Mexican states implementing reforms to the justice system, Osorio Chong said. In its early years, Merida outfitted Mexico's military with helicopters and trained its security forces.

"If that resource could be an issue for pressure or if they want to pressure the government, honestly, we have no problem, none, if they withdraw it," he said.

The U.S. Embassy in Mexico City did not immediately respond to a request for comment.

Donald Trump From The Wires Mexico