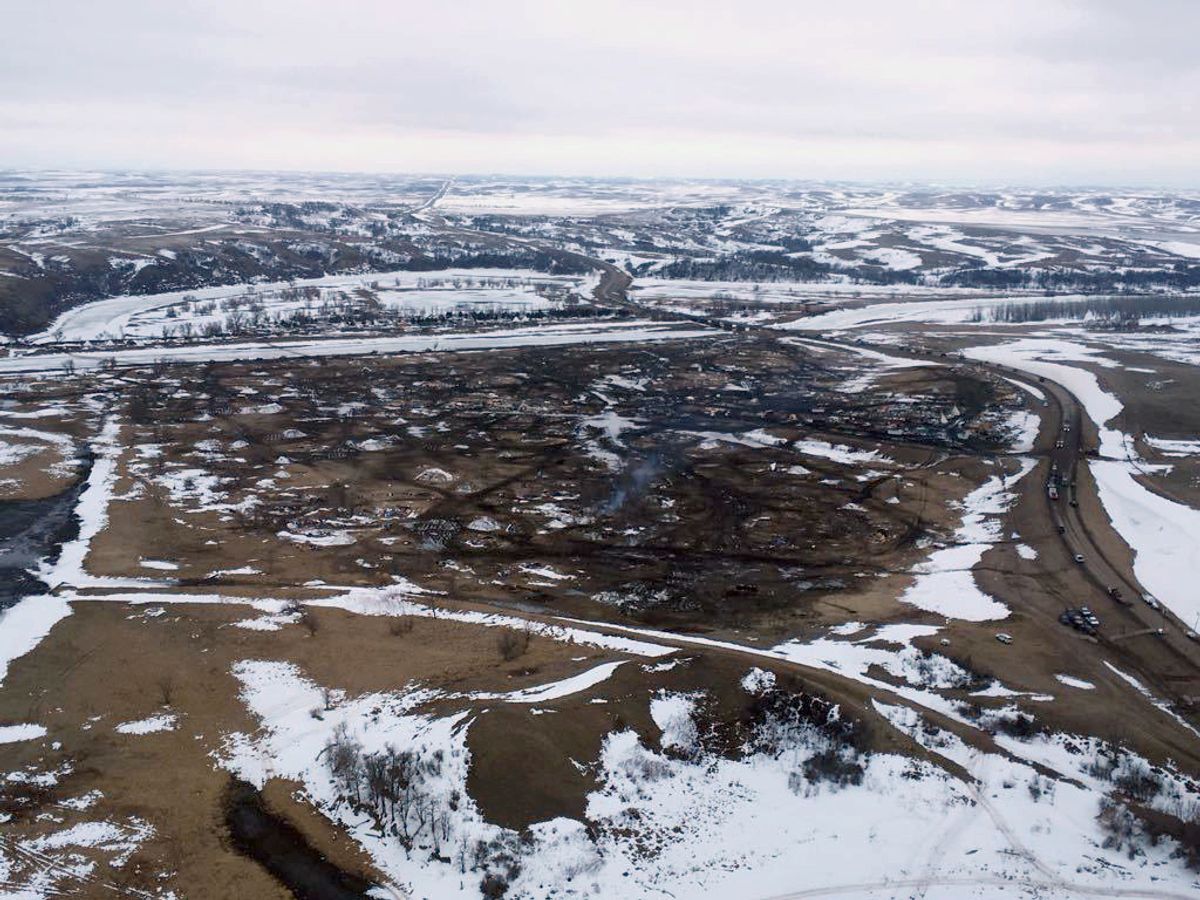 This aerial photo provided the Morton County Sheriff Department shows the closed Dakota Access pipeline protest camp near Cannon Ball, N.D., Thursday, Feb. 23, 2017. Authorities on Thursday cleared the camp where opponents of the pipeline had gathered for the better part of a year, searching tents and huts and arresting dozens of holdouts who had defied a government order to leave. (Morton County Sheriff Department via AP) (AP)
--

The Texas-based company building the $3.8 billion Dakota Access pipeline says oil could be flowing in less than two weeks.

Energy Transfer Partners says in court documents that it has finished drilling under Lake Oahe in North Dakota and will soon be laying pipe under the Missouri River reservoir.

It's the last stretch of the 1,200-mile pipeline to move North Dakota oil through South Dakota and Iowa to a shipping point in Illinois. ETP got permission for the final piece of construction last month from the pro-energy Trump administration, though American Indian tribes continue fighting the project in court.

ETP says in court documents filed this week that the pipeline "will be complete and ready to flow oil" between March 6 and April 1.

Dozens of people have been arrested as authorities in North Dakota cleared a protest camp where opponents of the Dakota Access oil pipeline had gathered for the better part of a year.

About 220 officers and 18 National Guardsmen methodically searched protester tents and other temporary homes for more than three hours on Thursday. Authorities say 46 people were taken into custody, including a group of military veterans who had to be carried out.

The arrests occurred a day after the Army Corps of Engineers ordered protesters to clear the camp by a 2 p.m. Wednesday deadline.

Native Americans who oppose the $3.8 billion pipeline set up camp last April near the Standing Rock Indian Reservation the shed light on their concerns about the project that would carry oil through the Dakotas and Iowa to a shipping point in Illinois.