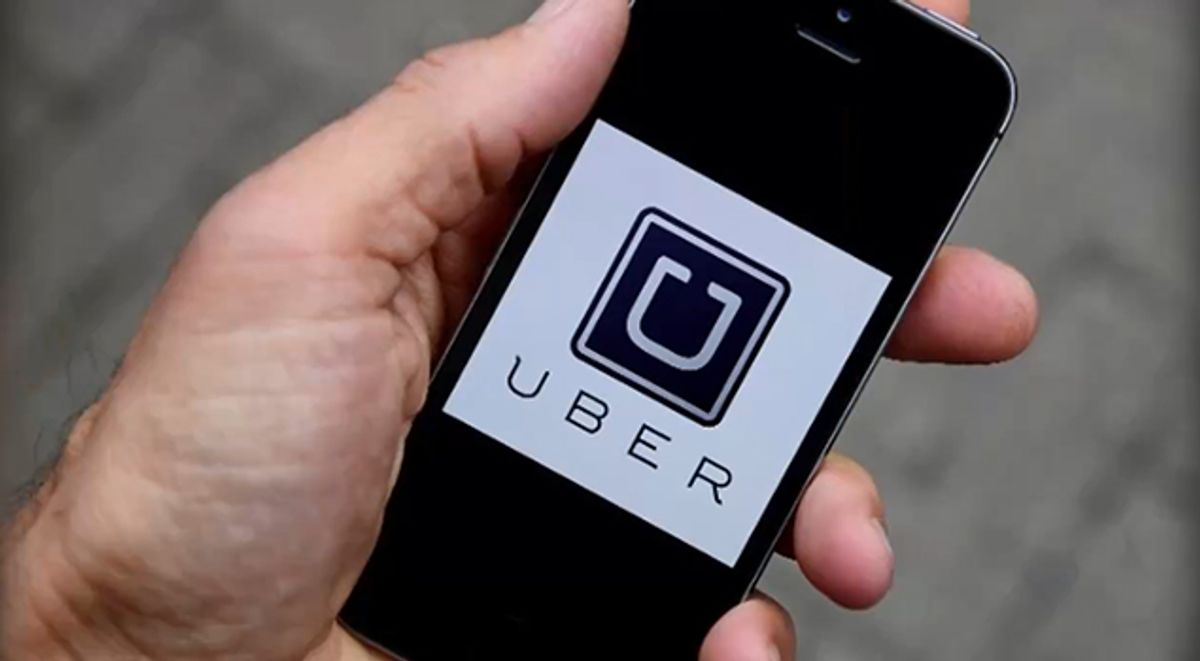 Uber has suffered a spate of bad publicity in recent days after allegations of harassment and discrimination from a former software engineer.

In a blog post, Susan Fowler described being propositioned by her supervisor within weeks of starting her job. She complained to the human resources (HR) team. According to Fowler, the supervisor received a “warning and a stern talking-to” but no other discipline at the time because he was a strong performer and it was his “first offense.” Uber then offered her a choice: Transfer to another team or stay and risk a retaliatory performance review from the harasser.

Fowler also described a larger pattern of harassment, discrimination and retaliation. Others reported being harassed by the same manager, apparently contradicting what HR told her. Fowler’s performance review was downgraded, making her ineligible for a subsidized graduate program. When Fowler asked a director about “dwindling” representation of women in the division, he attributed it to their failure to step up and be better engineers. When Uber ordered leather jackets for engineers, they were ordered only for men. Apparently, there weren’t enough women to qualify for a bulk discount.

Fowler complained repeatedly. HR responded with escalating indifference, ultimately suggesting that Fowler herself was the problem.

“What she describes is abhorrent and against everything Uber stands for and believes in.”

Fowler’s story – which Uber neither confirmed nor denied – is not unique in the tech sector, where women remain underrepresented. Women make up only 12 percent of engineers. These women face substantial headwinds. In a survey of women in the tech sector, 84 percent reported being told they were “too aggressive” and 59 percent said they were offered fewer opportunities than male counterparts. The majority also reported receiving unwanted sexual advances. And of those that reported the harassment, 60 percent were unhappy with the company’s response.

The Uber story provides a window into how companies have developed HR infrastructure to address anti-discrimination laws. These structures occupy a marginalized status within organizations.

As I learned while working as an employment lawyer at a large law firm, legal mandates rarely disrupt business objectives. Instead, they are largely viewed as an inconvenience delegated to HR. That explains, for example, why the CEO learned about Fowler’s allegations only after they went viral.

Title VII of the 1964 Civil Rights Act safeguards an employee’s right to equal opportunity in the workplace.

As sociologist Lauren Edelman documents in a recent book, employers responded to civil rights laws by setting up complaint processes for employees. She argues that these processes are less focused on meaningfully assuring equal opportunity and more about creating the appearance of compliance.

The ‘first bite is free’

According to Edelman, courts have become complicit in this development, crediting employers for superficial procedures without assessing whether they actually work.

The Supreme Court’s decision in Faragher v. City of Boca Raton is a case in point. The case gives employers a defense in harassment cases if they took reasonable measures to prevent and correct harassment and the victim unreasonably failed to make use of internal complaint mechanisms.

However, courts don’t require employers to do very much to satisfy the defense. Merely adopting and distributing a policy gets an employer credit, as does adopting an investigation process. Courts do not require employers to take strong disciplinary action against the harasser. Rather, they need only take action reasonably calculated to stop the harassment – even if it does not.

In theory, a plaintiff would still have a viable claim if they used the employer’s complaint procedure. But one empirical study found that even short delays in reporting the harassment can be considered “unreasonable” on the victim’s part. So if a victim waits a few months to report the harassment, and the employer goes through the motions of investigating and responding, the victim may be out of luck.

This doesn’t give employers much of an incentive to crack down on harassment. As one scholar observed, it essentially allows employers to escape liability for a harasser’s first offense. In other words, the “first bite is free.”

This helps to explain Uber’s underwhelming response to Fowler’s initial complaint. Uber wasn’t really on the hook for the “first report” and did not have a strong incentive to punish the harasser. For Fowler’s harasser, that meant a “warning and a stern talking-to.”

This is consistent with how I talked to employers when I worked as an employment lawyer. I offered advice on “legal risks” while they were tasked with making “business decisions” on how to proceed.

However, this frame ultimately treats legal rules as one of many factors to take into account (or ignore) when employers make important decisions.

Consider Fowler’s situation. Uber evidently considered Fowler’s harasser to be an economically valuable employee that might be difficult to replace. Transferring the harasser to another team or terminating his employment likely would have been costly. By contrast, offering Fowler a transfer seemed a cheaper alternative, notwithstanding its effect on Fowler and the increased litigation risk.

When framed as a business decision, companies have a tendency to displace the victim of the harassment to preserve the profits associated with a high-flying harasser.

Swatting mosquitoes while ignoring the termites

Fowler’s allegations of sexual harassment have received a lot of press attention, but in many ways her allegations of systemic discrimination and retaliation were more troubling.

The director’s comment that women weren’t stepping up. The altered performance evaluation that cost Fowler a spot at grad school. The leather jackets.

HR was even less responsive to these complaints than to the harassment allegations and blamed the problem on Fowler herself. Why? They may not have believed her. But HR may have been limited in its capacity to fix the underlying problem. Yes, it could have paid for the leather jackets, addressed the doctored performance evaluations or scolded the director for his sexist comment.

But HR, on its own, is poorly situated to fix a business culture that is indifferent to (or in denial about) offering meaningful opportunities for advancement to women or other minorities in the workplace. As political scientist Frank Dobbin has argued, human resources professionals have long struggled to establish their legitimacy within organizations. They are rarely the locus of power within corporations, which instead resides in revenue-generating departments like engineering and sales, and in the executives that preside over the business.

Business leaders make a Faustian bargain when they outsource civil rights compliance to HR and lawyers. They gain credible symbols of compliance. But they also lose touch with a business identity that includes doing right by their employees. As Mary Gentile argues in her book, “Giving Voice to Values,” we lose touch with our shared values when we define work roles too narrowly.

In retrospect, Uber’s decision to side with the harasser over Fowler was a bad business move. All the bad press has reinforced existing narratives of Uber as a bad actor. But the decision was also – to use a word that has fallen out of favor in the business vernacular – wrong.

Until business leaders view themselves as guardians of civil rights, those rights will continue to be framed as a tax on profits rather than important values to uphold.