Meyers takes on Trump's golfing habits and Republicans' wish that they could be golfing, too 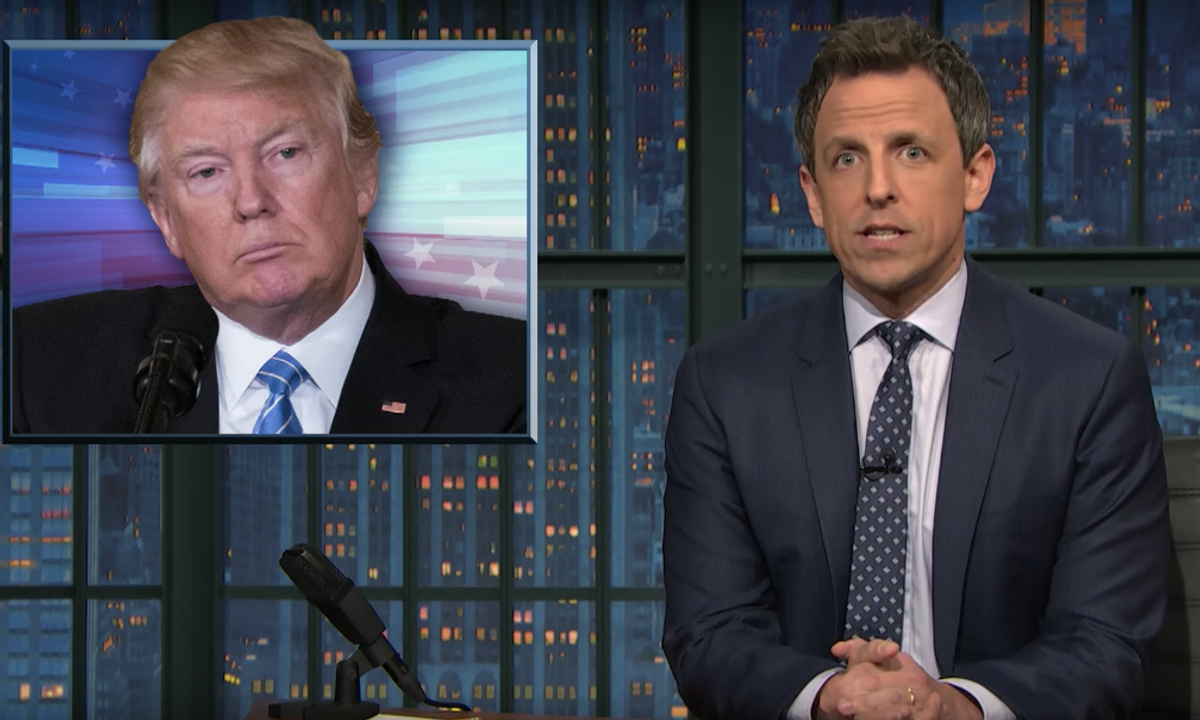 As the Republicans in Congress are dealing with town halls — facing constituents who are voicing their concerns — Meyers pointed to town halls in Kentucky, Louisiana and Iowa, which are deep red states.

"Look, it's not easy being a member of Congress these days, facing down angry voters at rowdy town halls, standing under those hot lights, getting yelled at by your constituents," Meyers said, noting that constituents have grown angry over Republicans' plans to dismantle the Affordable Care Act. "Trump and Republicans in Congress are facing a massive backlash over their plan to repeal Obamacare because they have nothing better to offer."

He pointed out Sen. Tom Cotton's town hall, conjuring up the image of "a kid in the school play whose performance was so bad they called him back out on stage by himself so everyone could boo him."

Meyers said, "GOP town halls have gotten so rowdy that even just mentioning the name of the vice president will earn you a defining round of boos." He noted, "You have to give it to Mike Pence. He's the only guy who can get booed at a Broadway musical in Manhattan, a town hall in Utah and a minor league baseball game in his home state of Indiana."

Added Meyers: "Mike Pence gets booed more than kids boo a witch at a puppet show."

But while Republicans are being screamed at, Meyers pointed to someone who's able to enjoy a life of leisure: President Donald Trump. Meyers hit Trump for golfing in consecutive weeks, despite his having constantly criticized former President Barack Obama for playing the sport while in office.

"When it comes to being a hypocrite, Donald Trump has a zero handicap," Meyers quipped. "He's the Tiger Woods of hypocrisy."

Meyers jabbed at the administration's explanation for Trump's golfing, after it had been publicly announced that the president would be working all weekend. The White House later said that Trump was planning on playing only a few holes. But Meyers wasn't buying it.

"No one plays a few holes of golf," Meyers noted. "Anyone up for four holes?"

Meyers also hit Democrats for "having to beg Bernie Sanders to calm down progressive activists."