Issa was asked about any possible investigation into Russia's affairs, as well as the GOP's health care plans 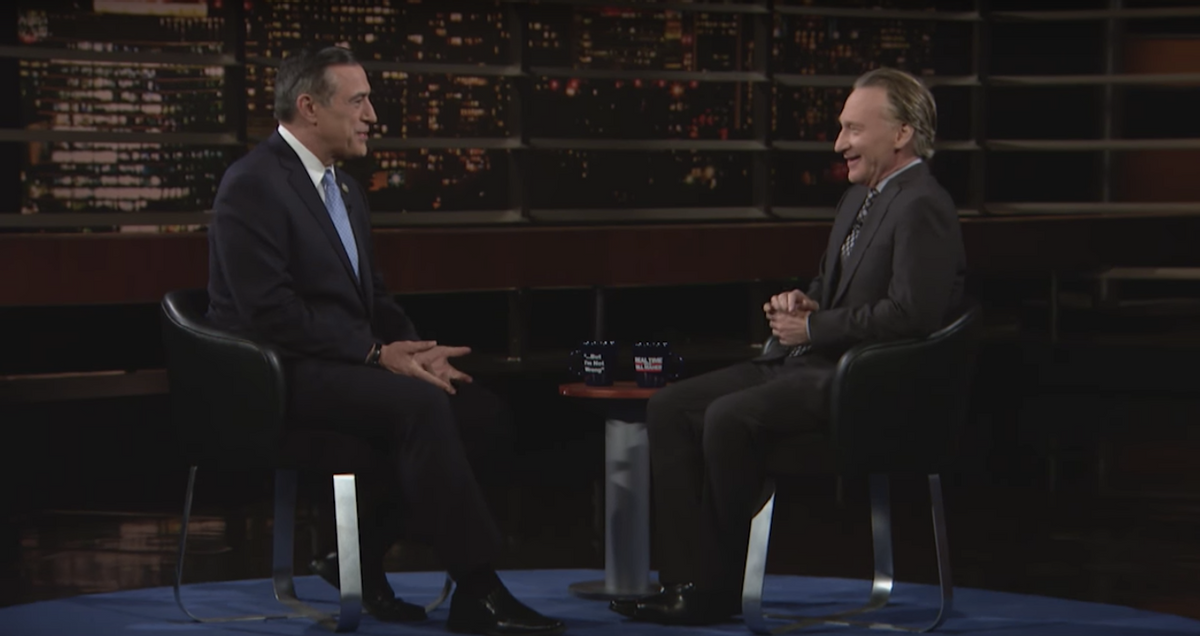 Bill Maher — after facing backlash last week for giving provocateur Milo Yiannopoulos a platform, then taking credit for Milo's downfall — took a strong stance against Rep. Darrell Issa on Friday night's "Real Time," grilling the Republican congressman over the GOP's stances on investigations, and why Congress is looking into President Donald Trump's ties to Russia.

"We need an independent prosecutor," Maher said, responding to the California Republican's call for "the intelligence committees of the House and Senate to investigate within the special areas they can see." Maher continued: "And Jeff Sessions should recuse himself, the same way Loretta Lynch recused herself, because he was part of the Trump campaign."

Issa agreed with Maher's call for a special prosecutor. "There may or may not be fault," Issa said, "We need to investigate their [Russia's] activities, because they are bad people."

"That's certainly not the opinion of the Trump administration," Maher responded. "I thank you for saying it publicly."

The interview started with Maher questioning Issa about Republicans, who have avoided town halls in order to escape the wrath of constituents who are angry over the prospect of losing health care under an Obamacare repeal.

"It looks like Republicans, including you, sir, are just ducking it."

Issa said he had "more than 14 events open to the public over the last two weeks," including a time when he met with protesters outside his office. "The reality is there are not enough town hall meetings."

Talking about Obamacare, Issa waved off crowd members who groaned when he said, "If my party says repeal and replace, I'm not going to disagree with them."

"Yeah, yeah," he replied derisively, but responded to chuckles by telling Maher, "at least I got the laugh, but I didn't have to ask for it. I thought that was good."

"I'd hardly call that a laugh," Maher replied.

"Much less so," Maher interrupted.

Issa said that the U.S. should look at "Canada and other countries," which caused a surprised Maher to respond, "Let's look to Canada, like the Republicans always wanted."

Maher followed up, asking, "There are better ideas around the world? Don't you think we're exceptional?"