There's no going back: Racial, ethnic diversity is on the rise in American communities 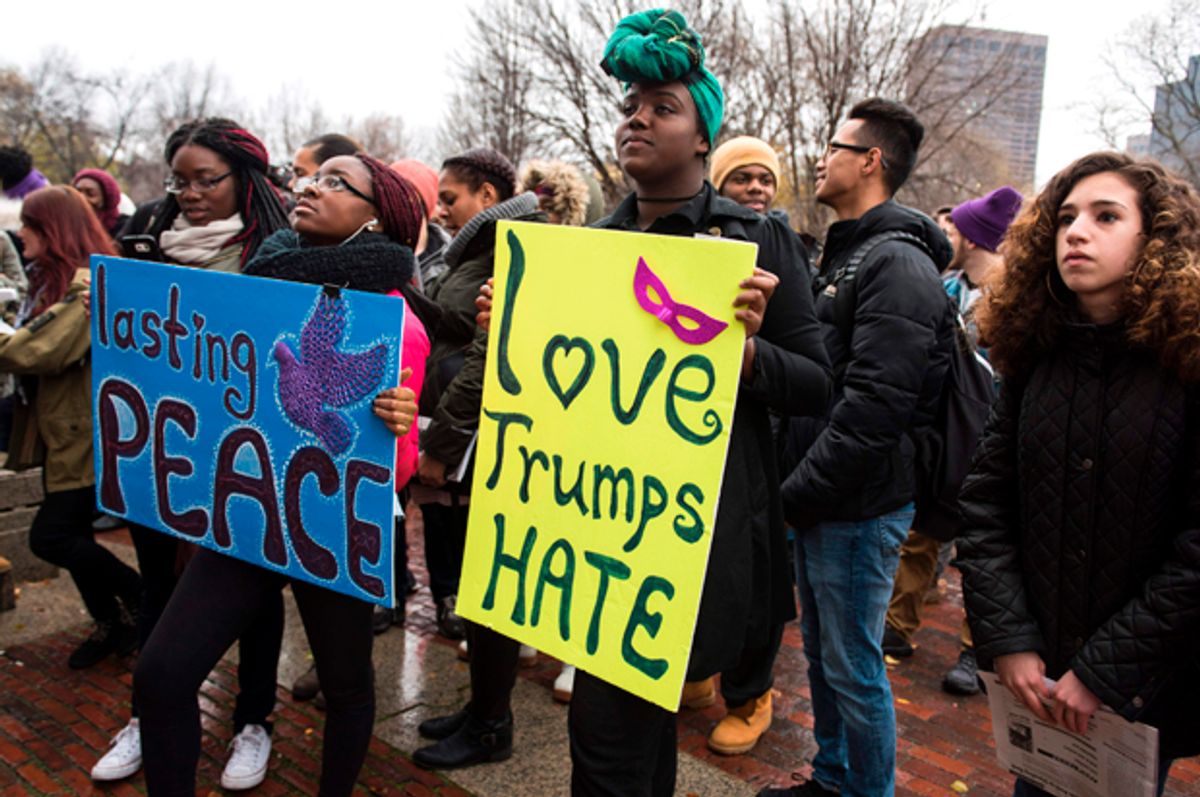 Racial and ethnic diversity is no longer confined to big cities or the east and west coasts of the United States.

However, our research shows that the populations of communities throughout the nation are being transformed. The share of racial and ethnic minorities is increasing rapidly and irreversibly. These changes will have major impacts on the economy, social cohesion, education and other important parts of American life.

In everyday language, “diversity” often refers to racial and ethnic variation. But demographers have developed a mathematical definition of this concept: The greater the number of racial-ethnic groups in the community, and the more equal in size the groups are, the greater the diversity. Using this definition, we have estimated that diversity has increased in 98 percent of all metropolitan areas and 97 percent of smaller cities in the United States since 1980.

The trend is not limited to urban America. Dramatic increases are evident in rural places as well. Nine out of 10 rural places experienced increases in diversity between 1990 and 2010, and these changes occurred in every region of the country. Even within metropolitan settings, the traditional divide between diverse cities and white suburbia has been eroded. Immigrant-rich suburbs are rising around cities like Los Angeles and Washington, D.C., which rival urban enclaves as destinations for Asians and Latinos.

Of course, some communities have changed more than others. Despite these differences, a common trend is for a place’s racial-ethnic composition to change from white dominance to a multigroup mix, with some combination of whites, blacks, Latinos and Asians. This led to an increase in “no-majority” communities — including more than 1,100 cities and towns, 110 counties and four states: California, Texas, New Mexico and Hawaii. In these places, none of the major racial-ethnic groups constitutes as much as 50 percent of all residents.

The racial and ethnic diversity we see today stems from the large and sustained wave of immigration that followed the Immigration and Nationality Act of 1965. Between 1965 and 2015, the proportion of non-Hispanic whites in the country dropped from 84 to 62 percent, while the shares of Hispanics and Asians rose. The Pew Research Center found that these changes were largely driven by immigration, not births. Only one-third of Hispanics and one-tenth of Asians would be living in the United States in 2015 had there been no immigration since 1965. Today, Hispanics account for 18 percent and Asians 6 percent of the U.S. population.

Domestic and international migration during the 1990s and 2000s also contributed to the spread of diversity across American communities. Racial and ethnic minorities tended to move to whiter areas, and white young adults tended to move to more diverse urban areas. Notably, Latino immigrants were first concentrated in just a handful of states such as California, Texas, Florida, Illinois and New York. They started to spread across the country during the 1990s to areas known as “new destinations,” like North Carolina, Georgia and Iowa.

By that time, many Hispanic immigrants had acquired legal status and were free to move to new job opportunities in agriculture, construction and manufacturing in the Southeast and Midwest, as well as service sector jobs in high-amenity vacation destinations, such as in Colorado.

Despite the initial importance of migration, racial and ethnic diversity is now self-sustaining. Minority groups will soon be maintained by “natural increase,” when births exceed deaths, rather than by new immigration.

This is especially true for Hispanics. According to the Pew Research Center study mentioned earlier, about a quarter of the U.S. population is projected to be Hispanic by 2065, up from 18 percent in 2015. This trend would not change if immigration somehow were halted completely after 2015, the final year in Pew’s study. The sustainability of the Latino population is even evident in rural and urban areas in the Southeast and Midwest, where natural increase in the Latino population, rather than international or domestic migration, is now responsible for more than half of Hispanic growth.

But, how can the share of Hispanics continue to grow without new immigration?

The main engine of America’s future diversity gains will be “cohort succession,” a process in which older majority-white generations are replaced by younger minority-majority generations. As shown in the charts below, which we created from U.S. Census Bureau population projections, children and young adults, many of whom are the children of immigrants, are currently much more diverse than older adults.

The seeds for future gains in diversity have already been planted.

Many Americans respond to these changes with fear and distrust. Some whites have an aversion to living near people of color. A small number of no-majority places and other highly diverse municipalities and neighborhoods like the Chicago suburb of Calumet Park and the Los Angeles suburbs of Lynwood and Monterey Park have already become more homogeneous, as one minority group has grown and whites have moved away. These places are exceptions to the trend of growing diversity, but other communities may follow suit. Some people want to “turn back the clock” by limiting immigration, a sentiment Donald Trump tapped into during his presidential campaign.

Trump described black and Hispanic communities as impoverished, dangerous inner-city neighborhoods. This was an exaggeration, but it may have stoked rural white voters’ fears of racial-ethnic diversity.

Although all-minority communities are often disadvantaged, communities with high levels of diversity with a mixture of racial and ethnic groups do not fit Trump’s image. Highly diverse communities are more common in coastal states and across the South. They have larger populations and a critical mass of foreign-born inhabitants, both of which contribute to their reputation as comfort zones for minorities and immigrants.

Diverse communities also tend to offer attractive housing and labor market opportunities, including an abundant rental stock, higher median income and a job opportunities in a variety of occupations. Some are also hubs for government or military jobs. Overall, the evidence suggests that highly diverse communities are good places to live, and often support industries that employ immigrants, and racial and ethnic minorities.

Throughout history, notions of who belongs in American society have expanded again and again to incorporate new groups. History could repeat itself for today’s immigrants if they are given a fair chance. Many people fear immigrants and the social burdens they seem to bring with them, including poverty, limited education and low English proficiency. But this overlooks the many contributions immigrants make, and the fact that immigrants’ socioeconomic disadvantages will almost certainly diminish if they are given equal opportunities in U.S. schools and workplaces.