Muhammad Ali Jr. was seperated from his mother and detained at a Florida airport for almost two hours 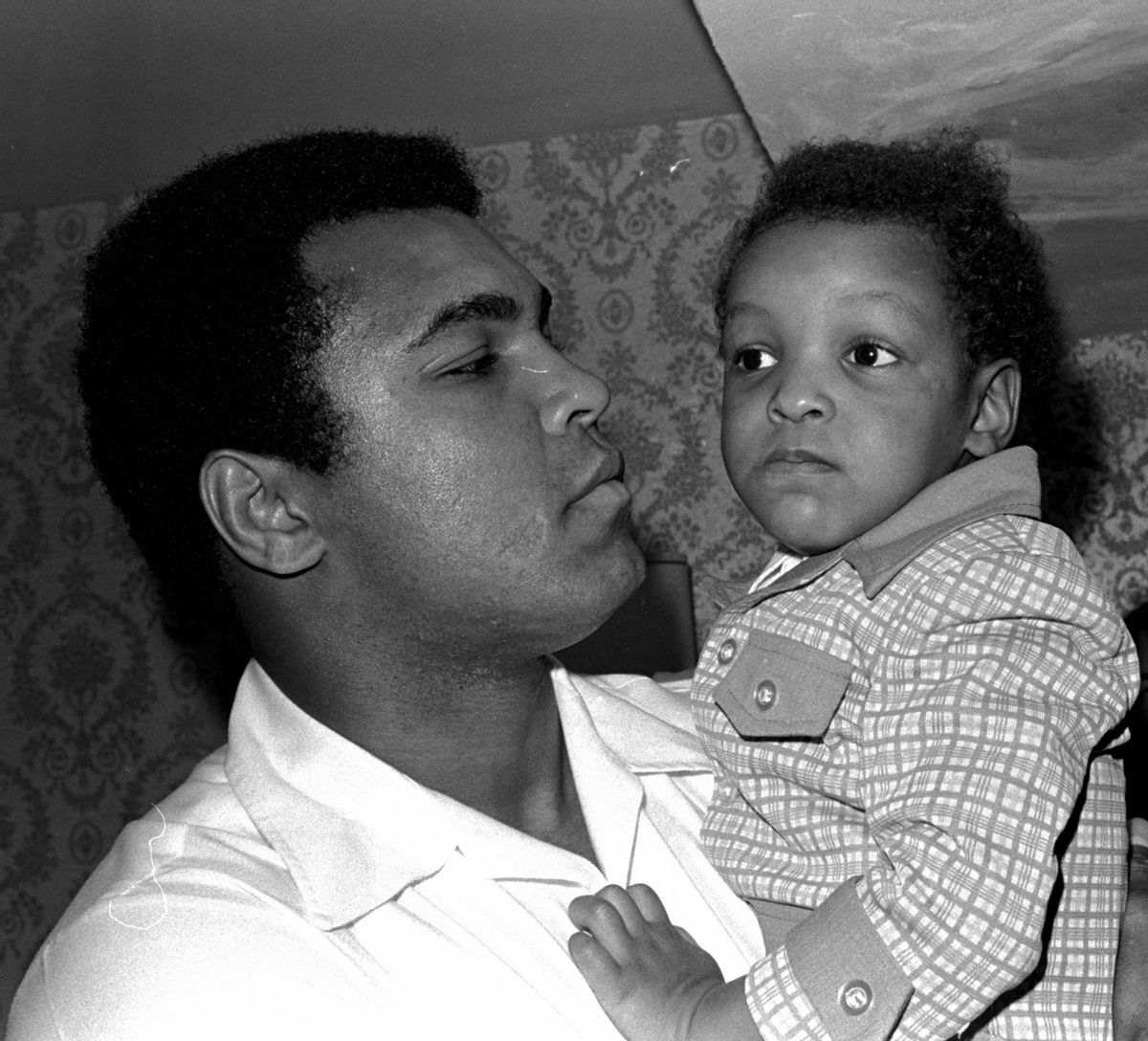 “Where did you get your name from?” a U.S. Border and Customs agent asked Muhammed Ali Jr. as he attempted to return home from a trip to Jamaica earlier this month.

The son of late boxing legend and humanitarian Muhammed Ali was separated from his mother at the Fort Lauderdale-Hollywood International Airport and detained for questioning for two hours following President Donald Trump's debacle of a Muslim travel ban.

“Immigration came up to me and pulled me aside and asked me my name first and I said ‘Muhammad Ali.’ And he said, ‘What religion are you?’ And I said, ‘Muslim.’" Ali Jr. recounted Monday during an interview on CBS' "This Morning." Muhammad said he was then taken into a room and questioned for "about an hour and 45 minutes," despite the fact that he was born in Philadelphia and carries a U.S. passport.

He asked me 'What is your religion?' And I was like why would you ever ask me what my religion is, does it matter," he said.

The 44-year-old explained that he and his mother, Khalilah Camacho-Ali, were returning home to Lousiville from a Black History Month speaking gig in Montego Bay on Feb. 7 when they were split up. Trump's travel ban was on hold at the time and Jamacia was not one of the seven named countries. Camacho-Ali was only released after she was able to produce a half-century-old photo of herself with her late ex-husband on their first date.

"Where did you get your name from?” the border agent grilled the son of the late . "He asked me 'What is your religion?' And I was like why would you ever ask me what my religion is, does it matter."

Ali Jr., who said he had never been questioned or stopped before, told CBS that he felt “violated” when immigration officials questioned him about his religion.

“I felt like I was religiously profiled,” Ali Jr. said. “I was scared.”

“It’s like history is repeating itself,” he told the Associated Press in a separate interview Monday. “We’re having to fight for our humanity all over again. And now they’re sticking the religion on it.”

Immigration officials admitted they held Ali Jr. and his mother, but the Department of Homeland Security claims it does not discriminate against travelers on the basis of their religion.

“Every day CBP officers process more than 1.2 million international travelers,” the agency said in a statement to The Washington Post. “We accomplish our mission with vigilance and in accordance with the law. CBP does not discriminate based on religion, race, ethnicity or sexual orientation … We treat all travelers with respect and sensitivity.”

Chris Mancini, an ex-federal prosecutor and Ali Jr’s attorney, is pursuing a lawsuit against the U.S. Treasury and Homeland Security. Mancini told the Louisville Courier-Journal that, “to the Ali family, it’s crystal clear that this is directly linked to Trump’s efforts to ban Muslims from the United States,” and argued that the Alis were subject to profiling due to "their Arabic-sounding names."

“The president should know that we’re a people of peace,” Camacho-Ali said on CBS Monday.

The eldest Ali, who was awarded a Presidential Medal of Freedom by President George W. Bush in 2005, died last June at age 74 after a long battle with Parkinson’s disease.

On February 1, Stacey-Marie Ishmael, a former reporter for BuzzFeed and the Financial Times, claimed on Twitter that her Trinidadian husband, whom she did not name, had been detained for three hours at the same airport, where he was asked about his ethnicity and "how he got his name."