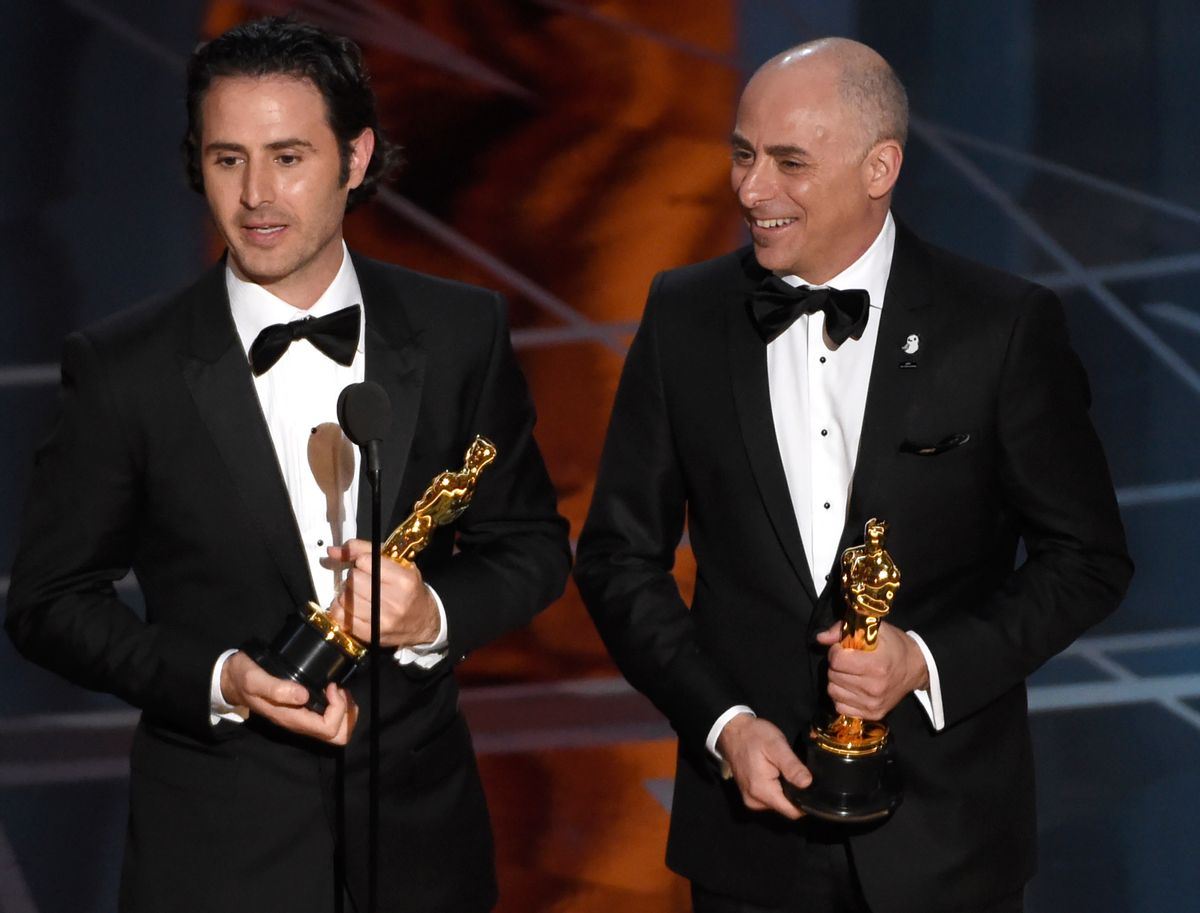 Alan Barillaro, left, and Marc Sondheimer accept the award for best animated short film for "Piper" at the Oscars on Sunday, Feb. 26, 2017, at the Dolby Theatre in Los Angeles. (Photo by Chris Pizzello/Invision/AP) (Chris Pizzello/invision/ap)
--

LOS ANGELES — Disney's witty and relevant "Zootopia," the box-office smash tale of a rural rabbit and a big-city fox who team up to investigate a string of animal disappearances, won the Oscar for best animated feature on Sunday.

The film tells the story of Judy Hopps, Zootopia Police Department's sole bunny cop, who fights stereotypes about her species to earn a position on the force. She enlists the reluctant help of Nick Wilde — a sly, jaded scam artist of a fox fighting against his own species' stereotypes — in a 48-hour bid to solve the case of the missing animals.

"We got this idea about five and a half, six years ago to talk about bias with talking animals," the film's co-director Byron Howard said following the win, adding that using animals prevented audiences from pre-judging the characters.

"Aesop knew this hundreds of years ago and it was something that animation is very uniquely equipped to do," Howard said. "We were surprised by how timely the film became as the world sort of blew up."

Co-director Rich Moore said he's grateful to audiences for embracing a "story of tolerance being more powerful than fear of the other."

"Zootopia" was widely considered the front-runner in the animation category, taking home six trophies at the Annie Awards and snagging a Golden Globe. The film raked in more than $1 billion at the box office.

Dave Hollis, Disney's executive vice president of distribution, has said that "Zootopia" is the latest in a "renaissance" for the Disney Animation group, including "Tangled," ''Frozen," ''Big Hero 6" and "Wreck-It Ralph."

"There is consistency at a really high level of delivering great stories, amazing worlds and characters who people can relate to," Hollis said, noting that "Zootopia" was a true all-audience film.

The other nominees were "Kubo and the Two Strings," ''Moana," ''The Red Turtle" and "My Life as a Zucchini."

The win continues the category's domination by alumni of the California Institute of the Arts, the Santa Clarita, California, art school Walt Disney pushed to establish, in part to provide his studio with a pipeline of young animators.

With Moore's win for "Zootopia," CalArts alumni have hauled in 10 Oscars, including wins by Brad Bird for "The Incredibles" and "Ratatouille," according to the school.

The winner of the best animated short Oscar was "Piper," a computer-animated film by Pixar about a baby sandpiper.