The White House is looking at cellphones to see who's leaking stories, according to accounts leaked to the press 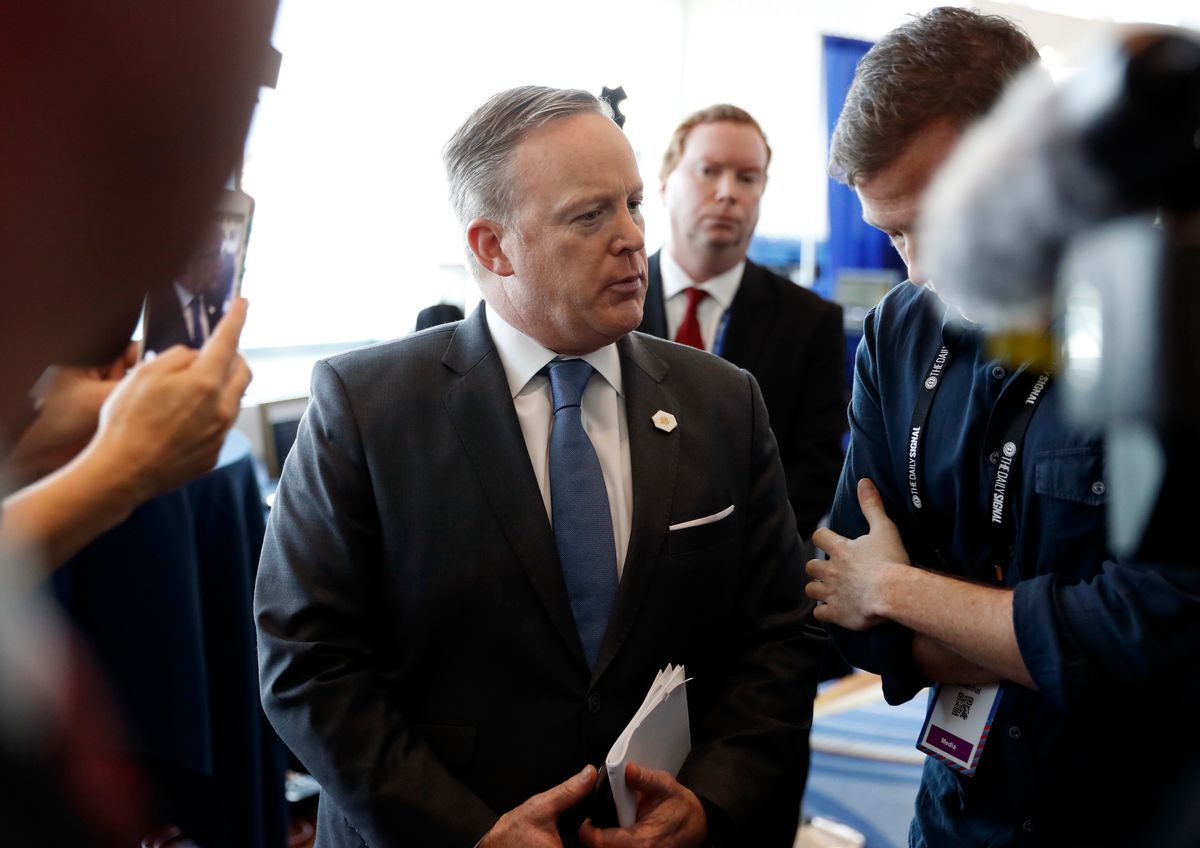 Tired of all the unflattering stories citing anonymous sources, White House press secretary Sean Spicer made an attempt to stop the leaks by summoning his staff for a phone check.

Under the supervision of White House attorneys, Spicer last week held "an emergency meeting" where staffers were told to hand over their phones to prove they were not communicating with reporters. Personal phones were also part of the inspection. Politico reported that Spicer and the attorneys were looking for encrypted messaging apps like Confide and Signal. Spicer informed his staff that these texting apps were a potential violation of the Presidential Records Act.

According to BuzzFeed reporter Sheera Frenkel, Spicer has Confide on his phone.

Spicer realized that someone on his own staff was a leaker after details of a meeting, exclusively attended by communications staffers, showed up in news stories, according to sources who attended the meeting.

President Donald Trump has grown increasingly upset with the media's use of anonymous sources. At a campaign-like event in Florida two weeks ago, Trump said that reporters "make up stories and make up sources." He insisted that media outlets should not be allowed to use sources unless they are named. "Let their name be put out there," Trump said.

Spicer consulted with White House lawyers before calling the emergency meeting, according to Politico. Other offices in the Trump administration are trying to control the leaking. The State Department's legal office even wrote a memo about the dangers of leaking, which The Washington Post immediately published after a staffer leaked it to the publication.