WATCH: John Oliver warns "time is running out" on the GOP's plan to replace Obamacare 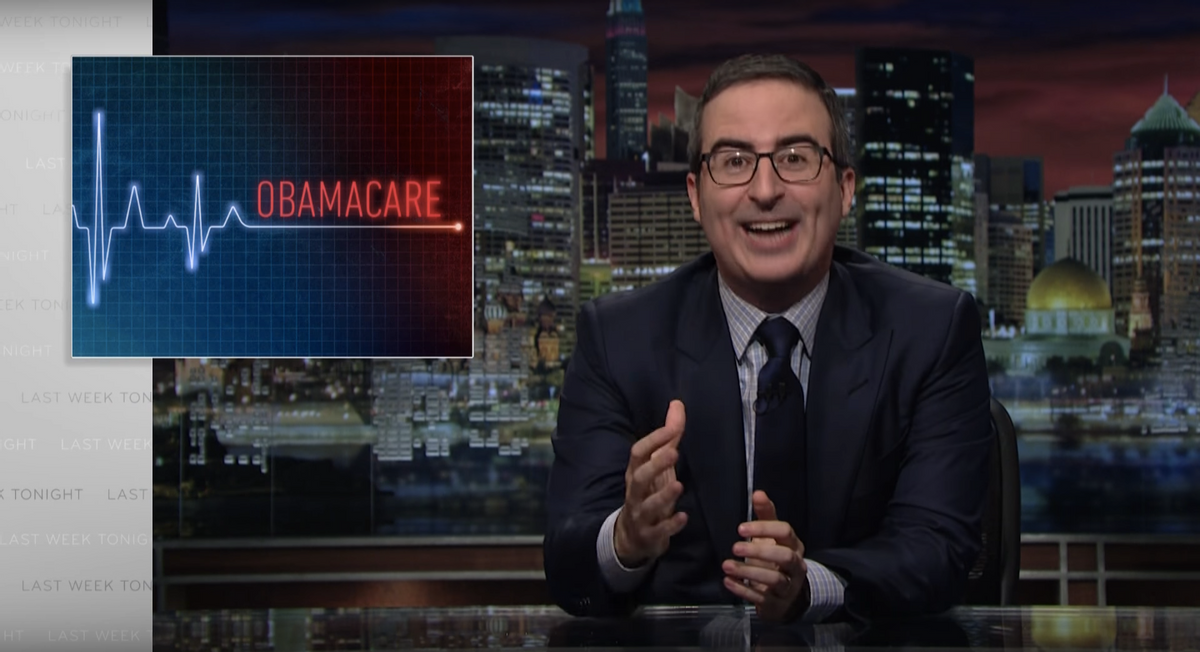 John Oliver dedicated Sunday night's episode of "Last Week Tonight" on the Affordable Care Act and the Republican plan to replace it. Except there is one major problem: the GOP does not have a plan. In the past few weeks, Republican politicians have encountered pushback from constituents at town halls. Videos from these events have proven that the GOP's plan to repeal the health care law might not be popular policy.

Oliver showed a video from a town hall in New Port Richey, Florida, where a Republican leader tried to muzzle an angry crowd of voters. Bill Akins, the secretary of the Republican Party in Pasco County, Florida, resurrected the nefarious "death panel" lie, which claimed that Obamacare would force sick people to enter hospice care earlier than they desire. This was untrue, of course, so constituents immediately — and loudly — booed Akins for peddling fiction. Instead of debating the merits of Obamacare, Akins called the people in attendance "children" and baselessly dismissed the notion that they had actually read the Affordable Care Act.

The host of "Last Week Tonight" was floored by this interaction caught on video.

"What the fuck are you talking about? The notion of death panels isn't just a lie, it's Politifact's 2009 lie of the year," Oliver said. "Which is impressive considering in 2009 Americans were also repeatedly told Jason Mraz was the next big thing. We were lied to in a big way there."

The "death panel" lie is just an example of all the deception surrounding Obamacare. But the pattern of deceit is about to come to an end, Oliver predicted.

"Republicans have happily complained about the flaws in the law, taken no responsibility for fixing them and in fact have often undermined the whole thing. But that time is now over," Oliver said. "It is there turn to present a plan and the clock is ticking."