The CNN contributor did not backup his claim with any evidence 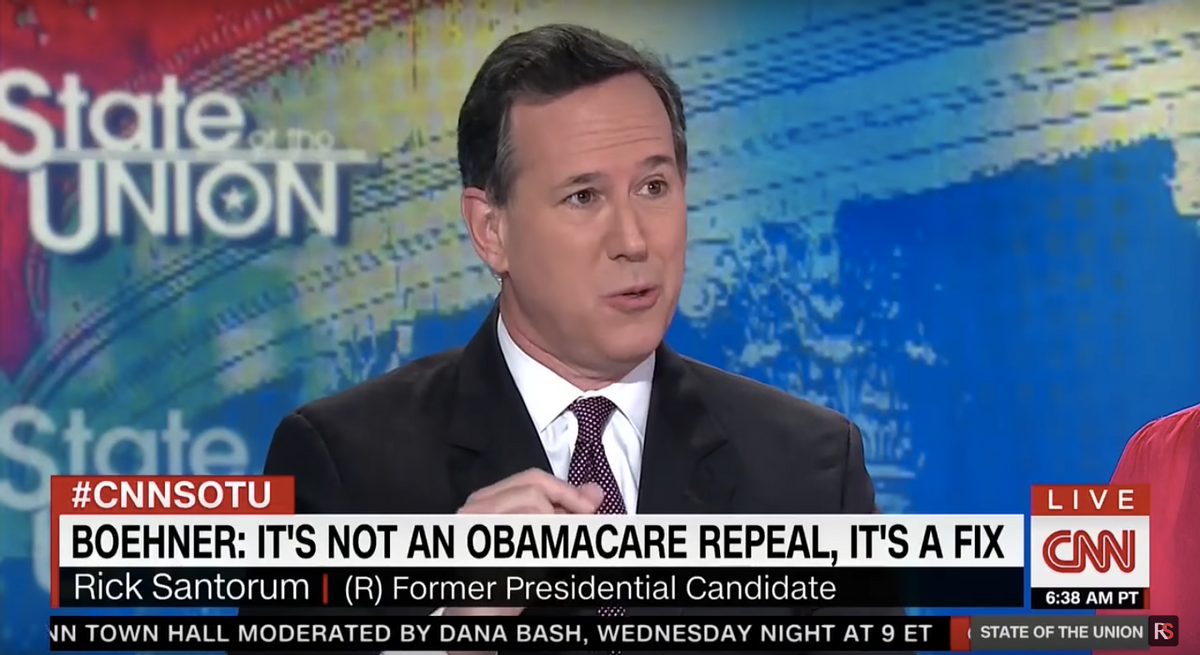 Debating the current state of the Affordable Care Act, Santorum said that the GOP will struggle to find 60 votes to eliminate some of the more popular provisions. One provision requires insurance companies to accommodate patients with pre-existing conditions so that the sickest Americans can still have access to affordable health care. But Santorum argued that this provision has led to insurance companies getting swindled.

"The reality is today that thousands, maybe approaching millions of Americans, are paying nine months for insurance," Santorum said. "Why? Because you pay for your insurance for nine months, there's a provision in Obamacare that says you can't be thrown off your plan for three months.

"So you stop paying in September until the end of the year," he continued. "You have a right to guaranteed preexisting conditions. You can buy a new plan in January. So people are paying nine months for 12 months of care. And it's happening more and more and more as people get the gig."

Santorum did not offer any evidence to support his claim that "millions" of Americans were pulling off this fraudulent scheme.

Under the ACA, Americans cannot lose their coverage for 90 days if they stop paying premiums, according to Dr. Devon Herrick, a senior fellow at the National Center for Policy Analysis. But insurance companies can stop paying medical claims after 60 days.

Pre-existing conditions was one of the major issues surrounding the ACA debate. In an attempt to broaden the number of insured Americans, Obamacare sought to help those who are sick by forcing insurance companies to cover them.

Watch Santorum make the allegations below: